Yes, it has “tactical” in the name, and sure, there’s a rail. But Para’s latest PXT 14-45 has more going for it than a friendly place to affix a light.  It is a very different pistol than the vanilla PXT 14-45, which is plenty nice on its own. 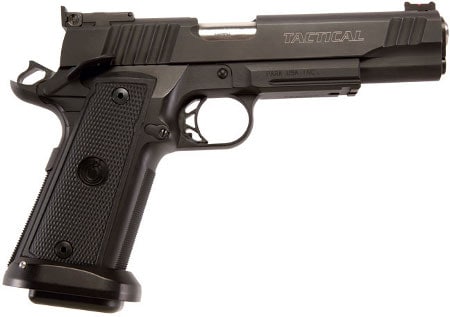 Let’s start with the sights.  The 14-45 has three dot white combat sights with a Dawson Precision fiber optic front sight.  The Tactical has the DP front sight, but is matched with a milled-to-slide fully-adjustable Dawson Precision rear target sight.

Both guns feature checkered mainspring housings but the Tactical also includes a 25 lines-per-inch checkered frontstrap for an extra-secure grip.

The triggers and hammers on both pistols are skeletonized, but the Tactical’s trigger parts, specifically the hammer, sear, and disconnector, are custom stainless Tactical II parts by Cylinder and Slide. 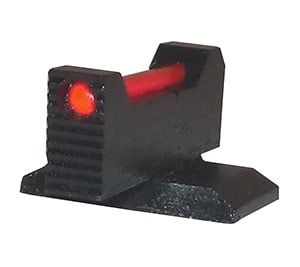 The PXT Tactical has both front and rear slide serrations that are not at all like the 14-45’s GI’s at all.  They’re about a quarter-inch wide and deeply scalloped.  Just under the rear serrations the Tactical feature an ambidextrous safety.

There are other small but appreciable touches to the Tactical, like the Ed Brown National Match barrel bushing and slide stop.  And it has a Dawson Precision magwell for its 14-round magazines. 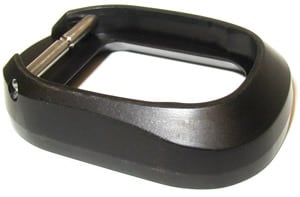 But the gemiest gem about the Tactical has got to be the magazines.  While they’re the same capacity as all the other double-stack full-size Para .45s, while they have special alloy baseplates to make them more fun to slam into the magwell, the best part about them is their number.  You get five magazines with the PXT Tactical.  All other PXTs come with one. 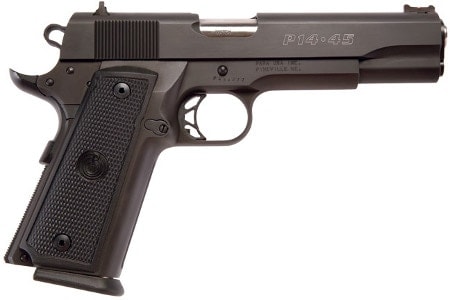 The PXT’s MSRP is six hundred less than the Tactical, $1,000 vs $1,600–the same territory as the PXT LTC Tactical.  But the upgrades on the Tactical, including yeah, the rail, are worth well over $600.  Hell, the extra magazines alone are worth something like two hundred dollars ($340 with the baseplates).  And MSRPs are never real-world prices.  We expect something in the $1,200-1,400 range. 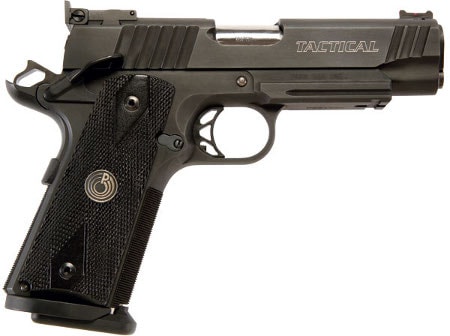 So yeah, if you’re thinking about adding a gourmet double-stack .45 to your plate, and you can get over the fact that this Para’s finish is called “Covert Black”, then you really ought to keep an eye out for it in stores soon.