Second Amendment advocates haven’t heard much in the way of good news recently from the State of Illinois. In the last few weeks alone, a much awaited concealed carry bill was voted down in the Illinois House, and the state Senate voted to further restrict gun ownership for those convicted of domestic abuse or named in a restraining order. In a further aggravating twist, outgoing Mayor Richard M. Daley – a staunch and longtime proponent of strict gun control measures in Chicago – requested that his retinue of gun-toting bodyguards extend their protection indefinitely after his retirement.

The ebb and flow of gun policy in Illinois is fickle at best, representing more flow than ebb for those seeking laxer gun regulation in recent times. But Illinois lawmakers changed course, or at least pumped the breaks, Friday as the Senate voted overwhelmingly to keep private the names of individuals who hold a firearm owner identification card (FOID). 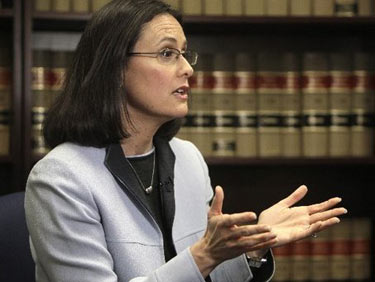 Approving the measure by a vote of 42-1 that will send the bill to the desk of Gov. Pat Quinn, the Senate overruled a decision by Attorney General Lisa Madigan’s office that said gun owners’ names were a matter of public record as per Illinois’s open records law. The Attorney General’s Office made the ruling after the Illinois State Police refused to turn over the names of registered gun owners to the Associated Press. Governor Quinn is expected to support the legislation. 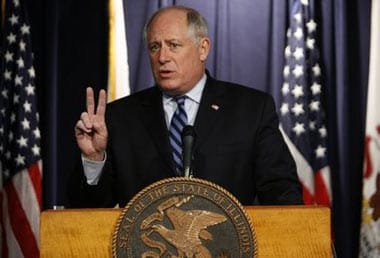 Michael Oreskes, AP senior managing editor for U.S. news, defended the request for FOID cardholder names, stating “These records and open access to government officials help shine a light into the dark places where wrongdoing can occur, and historically always has…The actions of government should be transparent to all, which is why we sought the FOID cards and will continue to seek other government records in the future.”

Judging by their refusal to turn over the information, the Illinois State Police did not agree, reportedly citing concerns that criminals could use the information to steal guns or target unarmed citizens. Indeed, the request drew criticism from a number of constituencies, including the Illinois State Rifle Associated, whose executive director, Richard Pearson, stated, “We’ve always felt that the intent of the FOID law was to keep everything private…Anything that could be used to do harm to the public should be kept secure.”

A statement from Todd Vandermyde, the Illinois lobbyist for the NRA, was less diplomatic. Vandermyde asserted, “It’s nobody’s business what I keep in my home. It’s not my fault the state of Illinois requires em to get a license to exercise a constitutional right…it is no reason for the news or anyone else to be prodding around in my rights.”

Brian Malte, a member of the Brady Campaign to Prevent Gun Violence, took a more moderate stance, stating, “there needs to be assurances by government officials that they will audit the system to make sure it’s working as intended.”

A number of media investigations in other states uncovered disturbing instances in which felons were issued concealed-carry licenses. In another relevant case, an Iowa newspaper recently drew sharp criticism from gun rights activists when the publication released the names of thousands of concealed-carry permit holders.