NM Court: Traffic Cops Can Seize Guns Even if No Law Has Been Broken

The New Mexico Supreme Court ruled unanimously this week that police may legally confiscate a gun from a motor vehicle during a traffic stop, even if they have no reasonable suspicion that the motorists pose a threat. The Supreme Court justices asserted that police officers are justified in removing a firearm resting in plain sight inside of a vehicle, so long as the act of doing so protects the safety of the officers involved. If the seizure is conduction as such, said the justices, it does not represent a violation of the Fourth Amendment, which protects individuals against unreasonable search and seizure. 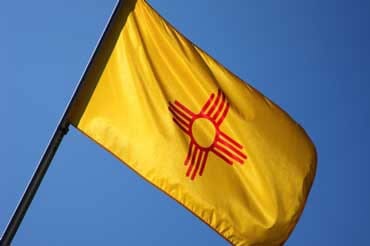 The case in question involved a 2008 traffic stop in which police spotted a handgun resting on the rear floor of a vehicle that was stopped for expired license plates. Officers promptly confiscated the gun and arrested a passenger, Gregory Ketelson, after determining not only that he was the owner of the firearm, but also a convicted felon in the neighboring state of Texas.

In writing the Court’s opinion, Justice Petra Jimenez penned, “We conclude that removing [the] defendant’s firearm from the vehicle in order to ensure that it was beyond the reach of any of the occupants of the stop was a reasonable and minimal intrusion, which does not outweigh legitimate concerns of officer safety.”

The decision was hailed as a victory for police safety by some, and scorned by others as a blatant shirking of both the Second and Fourth Amendments. 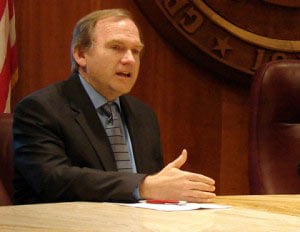 New Mexico Attorney General Gary King praised the ruling, saying, “We are pleased that the safety of police officers was held as being the most important issue in this case. As the justices pointed out, our police officers face danger and uncertainly in almost every traffic stop.”

Critics of the decision are left to wonder if the “danger and uncertainty” posed during “almost every traffic stop” are an excuse to temporarily ignore the rights guaranteed by the Second Amendment. This sentiment was echoed by documents filed in the case by the NRA, which stated, “Even a short-termed violation of the statutory right to possess a firearm — if effectuated solely because a motorist is exercising his right to carry while traveling — contravenes the express language of the law. For this reason alone, the per se seizure of a lawful firearm in a vehicle is intolerable.” 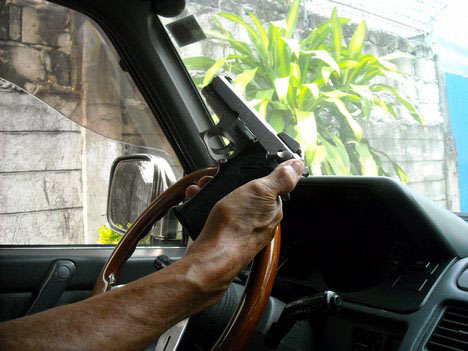 The Supreme Court also clarified that their ruling did “not depend on any requirement of particularized suspicion that an occupant is inclined to use the firearm improperly.” In other words, suspicion on the part of police officers is apparently not a prerequisite for seizure of a visible firearm during a traffic stop.

Previously, both District and Appellate Courts ruled that there was no basis for police to seize the defendant’s gun.