Montana Man Guns Down Wolf in Defense of Family Dog

As any parent, child, brother, or sister well knows, a call in the wee hours of morning can evoke fear and worry. Such was the case for Jason and Sarah Ekin, residents of a rural area near Hamilton, Montana, who were awoken at 5 a.m. Saturday by a call of a different sort. 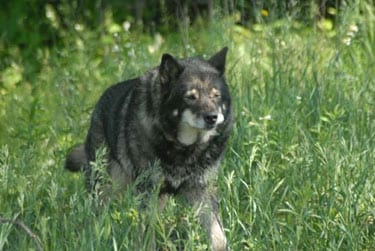 Rather than waking to the shrill sound of a telephone, they were wrested from sleep by the blood-curdling cries of one of their family dogs, a 70-pound Walker hound, that resides in a kennel behind the residence. Realizing that this was no ordinary yip or bark, the Ekins rushed to a window and, much to their amazement, were greeted by the scene of hulking black canine figure standing just yards from one of the dog houses. 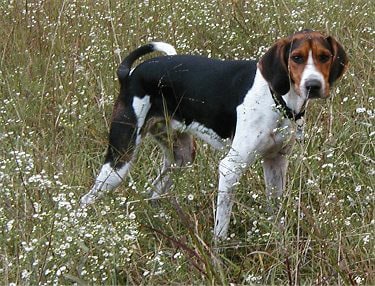 Believing the figure to be a wolf, Jason Ekin quickly instructed his wife to get his gun. Apparently sensing that the jig was up, the wolf then appeared to retreat. Ekin, not satisfied that the altercation had ended, went to his outdoor porch with rifle in hand. As he scanned the area, he again spotted the prowling canid. This time, the wolf brazenly approached the dog house, stopping just feet from the entrance and peering inside at the frightened hound.

“That wolf had to know I was there, but he just didn’t seem to care,” Ekin told Perry Backus of the Ravalli Republic, an area newspaper. “It looked to me that he had come back to finish the job.”

Ekin waited for a broadside shot at the animal and, when the moment came, pulled the trigger. The impact of the bullet launched the wolf head-over-heels, where the creature then fell dead in its tracks less than 40 yards from the family’s deck. 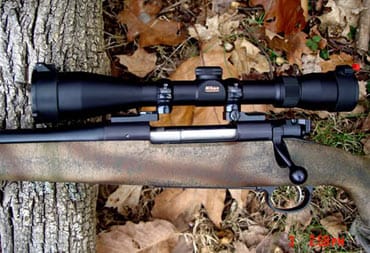 According to an authority from the Montana Fish, Wildlife and Parks, Ekin acted within the guidelines of state and federal law, and was well within his rights to dispatch the wolf in defense of his pet.

It is unclear whether the 86 pound wolf was searching for a morning meal, or simply defending his perceived turf. Wolves are notoriously territorial, and will often kill unlucky creatures they view as competitors. However, in the wake of the incident, the family reportedly received a number of phone calls from neighbors whose pets had gone missing in recent weeks. 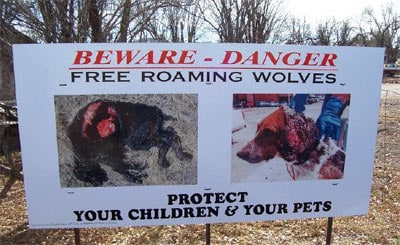 Jason Ekin, who lives just a mile from the city of Hamilton, struck a matter-of-fact tone after the incident, stating, “I didn’t do this because it was something I wanted to do…I did it because I had to do it to protect my dogs.”

The dog escaped with only minor injuries.