One of the most common postings I’ve noticed on gun forums begins with a member that has a Smith & Wesson revolver; they want to know everything about what it is, how old it is, and how much it’s worth.

While there is no way to possibly list all of the values here for the myriad of Smith & Wesson revolvers produced, here are a few things that come up a lot when dealing with them. 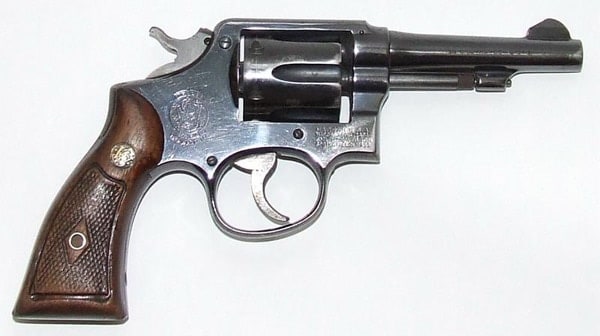 First off, Smith & Wesson did not start numbering their revolvers until 1957. From then on the Military & Police revolver became the Model 10, the Highway Patrolman the Model 28, the .357 Magnum the Model 27 and so on and so forth. 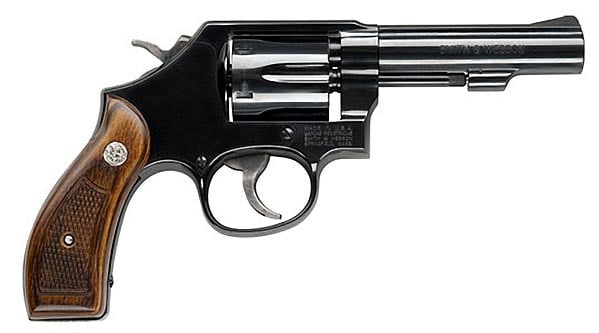 A question that comes up a lot is what are 5-screw, 4-screw, and 3-screw revolvers? From 1905 to 1955 most Smith & Wesson revolvers had five screws, four held on the side plate and one in front of the trigger guard. After 1955 the top side plate screw was eliminated, and from that time until 1961 the revolvers were known as 4-screw guns.

After 1961 that trigger guard screw was done away with and from here after the revolvers were known as 3-screw guns. Recently Smith & Wesson started producing their classic line of revolvers with the topside plate screw like before 1955. 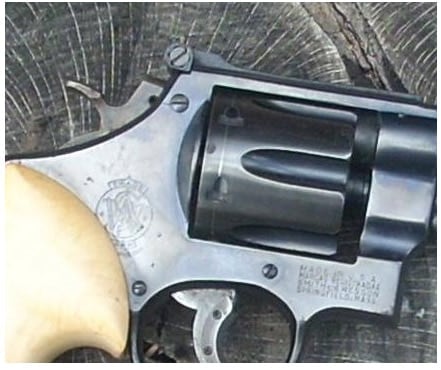 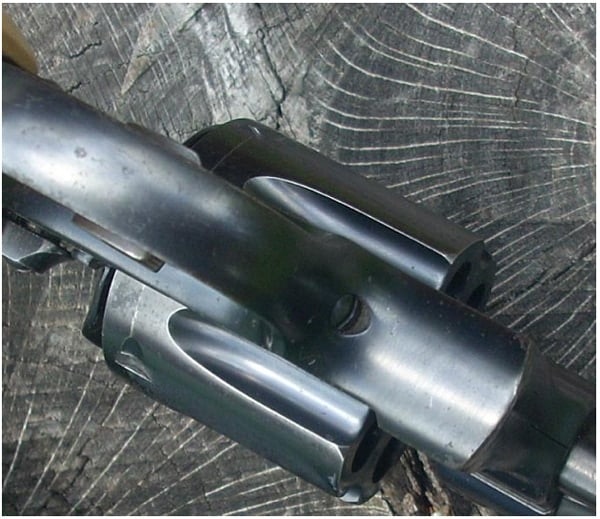 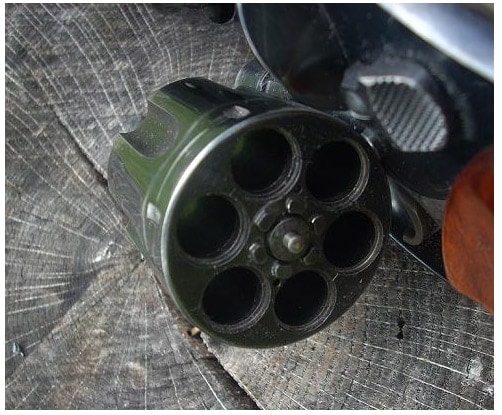 In 1935 Smith & Wesson introduced the .357 Registered Magnum revolver and with it with recessed cylinders. This was done to protect the rim of the cartridge and was a feature on all Magnum chambered revolvers as well as .22 Long Rifle cylinders. In 1982 this was another feature eliminated by the factory except on the .22 Long Rifle revolvers.

However, it is not uncommon to find some Magnum revolvers having just a pinned barrel or a recessed cylinder, but not both, these are known as transitional guns and have a small following, even though again the value is not affected.

I can tell you that perhaps the most valuable Smith & Wesson revolver is the Registered Magnum.

In 1935 when Smith & Wesson introduced it and the .357 Magnum, these revolvers set the standard for quality. When first introduced you had your choice of over twenty different barrel lengths and six different choices of a main sight plus you could have any choice of a King sight.  Each gun had a registration number on the inside of the yoke and was shipped with a registration card and a return envelope.  If the owner sent this back in, S&W would send back a registration certificate with the owners name and the guns specifications. Only a little more than five thousand Registered Magnums were made and are worth thousands of dollars. 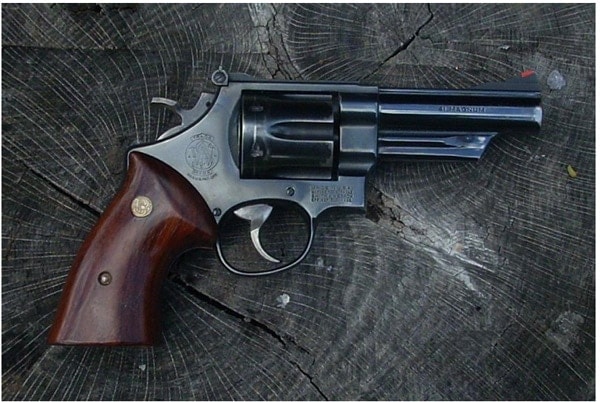 One thing to consider with Smith & Wesson revolvers is that age does not necessarily equal value. You have to really do your homework, but I hope this answers a few questions for those out there looking to find out what they really have in their safe.