Colt Digging in its Heels for Military Rifle Contracts

ArmaLite may have designed the M16, but Colt is the company that brought the platform to life.  In 1959 Colt bought the rights to produce the fully-automatic rifle and was in full production of them by 1962.  In 1963 the Air Force adopted the AR-15 and gave it the military designation M16 that so famously (or infamously) came to be the icon of American military forces. 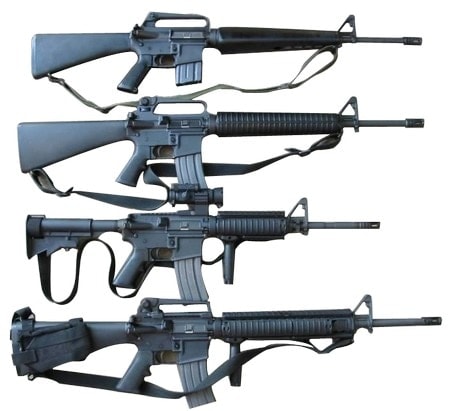 Colt made millions of them, about five, actually.  All together some eight million AR-platform rifles have been made by armories around the world and is one of the most prominent weapons of all Western forces.

The current standard battle rifle, the M4, is still manufactured by Colt and they’ve produced a little more than 100,000 of the rifles for U.S. soldiers, but the great AR vs. AK (or any other gun) debate has crawled into the ears of the Defense Department, and they’re considering, just considering, mind you, a new platform. 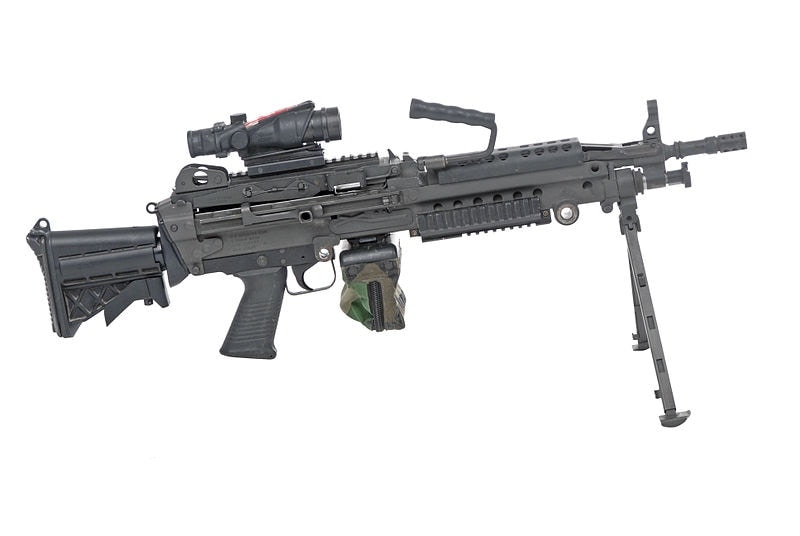 This isn’t a new issue by a long shot.  In the ’80s, when the Army was busy issuing shiny new M249s along with M16A2s and A4s to soldiers, they were also running the Advanced Combat Rifle program, to find a possible replacement for the M16 and its variants, but came to the conclusion that they should stick with the mature design.

The aughts dragged the issue up again, and a great deal of development went into creating the XM8 and XM25, but the projects lost momentum in 2005, and were eventually cancelled, although forces in Afghanistan have started playing around with the XM25 “Punisher” again and it’s developing its supporters, but it’s not a rifle and so the hunt went on. 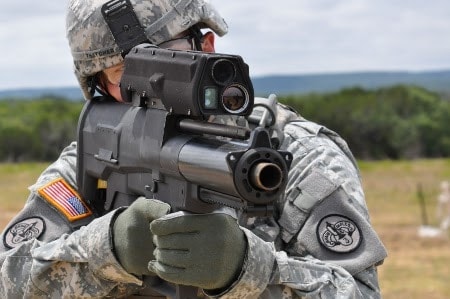 The most recent competition is the Lightweight Small Arms Technologies program, started in 2008 and just heating up now.

This puts Colt in an uncomfortable place, since they’re obviously keen to continue being the primary supplier of rifles to the armed forces of the U.S.  Heckler and Koch is in the running with their HK416, along with every major manufacturer of NATO rifles around the world, AR-platform or otherwise.

So Colt’s hired some help, Roger Smith, a former deputy assistant Navy secretary-cum-lobbyist and definitely not a cartoon alien, to be the company’s man in Washington.  They’re paying him $120,000 a year to pull for their brand and keep the M4 in force. 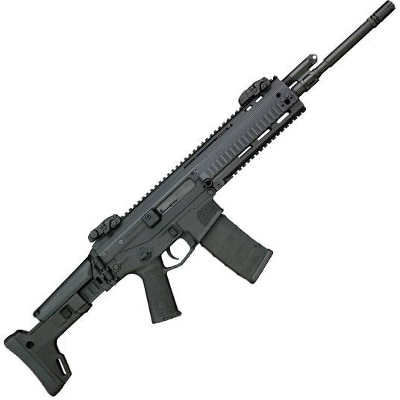 They’re not alone, though.  Remington spends a quarter of a mil a year on lobbying, pushing their Adaptive Combat Rifle, and they’re just one of many.  With the amount of money being cast about, we hope that, whatever the decision, the rifle picked is chosen for its actual capabilities rather than its political appeal. 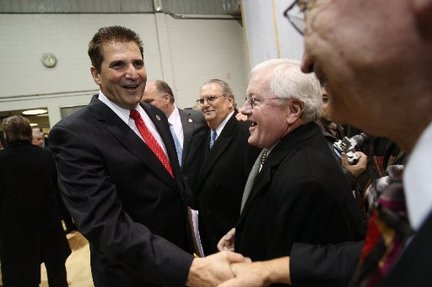 “There’s nothing nefarious about it,” says James Battaglini, Colt’s executive VP. “We believe it is important to have a person in the Washington area that is available to speak on our behalf because we are in Connecticut.”

Still, the fact that nobody’s been able to bid on rifle contracts for more than ten years against Colt isn’t entirely a good thing, either; they’ve held a no-bid contract for the M4 since 1994.  Let the competition begin.  (Again.)