Even a Blind Squirrel Finds a Nut In Vietnam: the Use of Unorthodox Combat Devices

It was late May of 1967, and with my McMillan rifle held at a low ready position, I silently crept forward, the other five guys ahead of me straining to hear the slightest noise, their eyes scanning the thick terrain from side-to-side.

It was my third foray into Southeast Asia, but this assignment took us across the Burmese border, and, within the next week, even across the nearby border with China. For the six of us, the assignment was fraught with unknowns, not the least of which was the distinct possibility that we would encounter violent armed resistance in the form of warlords, who pretty much controlled the jungle trails in every direction. We wouldn’t have long to wait for that first unfortunate meeting.

We traveled light, no more than thirty pounds or so on our backs or attached someplace on our Alice packs. Most of the weight I carried was made up of extra rounds for the McMillan, two canvas water bags, my toothbrush, and only a handful of dried K rations. That was it, enough for maybe four or five days, but this was day number nine, and we figured we would be out in the thick of things for another ten or twelve days. We had one radio between the six of us, and that, thankfully, was carried by Scott, the youngest guy in the bunch. 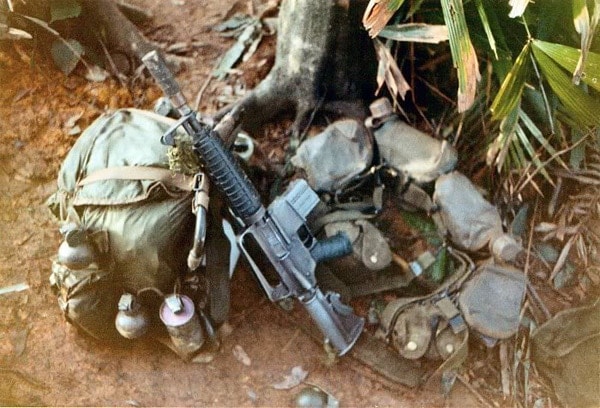 Our orders were specific, yet allowed for a large degree of discretionary responses in the event we were engaged by the enemy, or in some fashion found ourselves in danger. Our primary job was to simply observe the comings and goings of the oxen drug caravans that routinely made their way from Burma down through Laos and Cambodia, and eventually down into the Delta region of South Vietnam. That was the loosely held plan, anyway, but when you are out in the field, plans made in Washington, DC, or in someone’s air conditioned office hundreds of miles away, invariably seem to go awry. 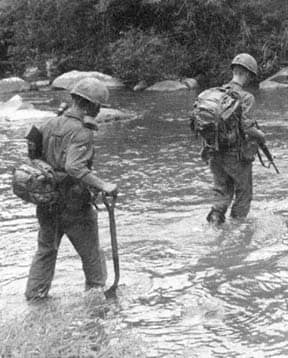 Aside from our weapons and relatively small loads of gear, the six of us carried small rubber squirrel call devices. Those little devices were the brainchild of the leader of our group, a member of the C.I.A. He figured that if we ever got separated from one another, a sure way to identify oneself, without getting shot, was through the use of that squirrel call. That sounds like a pretty good idea, right? And I’m relatively sure he got the idea from reading the history books regarding the D-Day landings of WWII, when most American paratroopers carried those small metal hand-held clickers for the same reason. 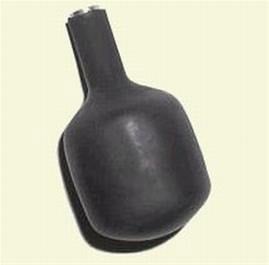 Well, when he produced those six squirrel calls from that brown paper bag back in Sattahip, Thailand, ten days prior to this day, we all laughed, and had a great time ridiculing him. For the next several minutes we practiced shaking those things, trying to make them sound like squirrels. But the reality was that these things emulated American squirrels, not the strange varieties found in that part of the world. We never thought we would have to use those things, anyway, so we didn’t worry about it all that much. 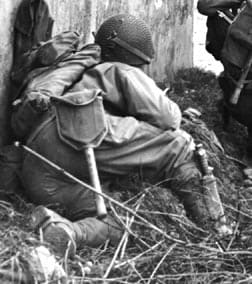 Late that night, however, back over the Burmese border on the ninth day, the lead guy in our group opened up with his Car-15 on a couple of insurgents who started firing back with AK-47 (the ear-splitting rapport from the Russian weapons is so distinct).

I don’t know what the other guys did, but I did a half-gainer to my left, and hit the ground face-down. Trying to find a firing position for the McMillan, and attempting to find someone to shoot at, all I saw was dark green jungle vegetation. By the time this was all over with, about forty-five minutes later, it had gone from almost dark, to pitch black, and I couldn’t see my hand in front of my face. I figured that if I tried to move, I’d for sure get shot by one of our guys or by whomever was at the trigger end of those AK-47s. The only thing to do was to stay still, try not to breath too loudly, and wait until the morning light to figure out what to do next. 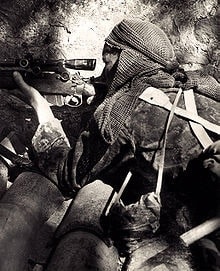 Well, morning came six hours later, but with the exception of jungle sounds, nothing was heard at all. Wherever the other five guys were, I thought they were doing what I was doing, hunkering down and not making a sound. This went on for a couple more hours, and I was beginning to think that this was just plain stupid. Someone had to do something. And then I heard an American squirrel! Within thirty seconds, six squirrels were talking to each other. 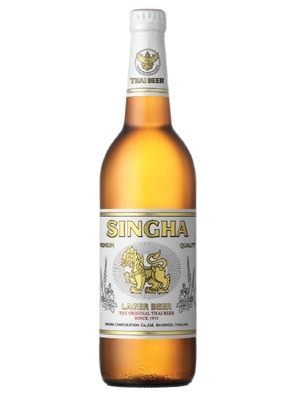 Back in Sattahip fourteen days later, we all shared a good laugh, and uncountable bottles of Singha beer, about the single piece of equipment that helped us out of a very difficult set of circumstances. I still have that old beat-up squirrel call in a box someplace, and figure it’ll just have to join that growing collection of mismatched memorabilia up on the wall.