The World's Most Expensive Pistols (Video)

Up until now, the world’s highest-valued pistols, at just over one million dollars, has been the Parabellum-Pistole in .45ACP, serial number two.  (Number one had been destroyed during or after its military trials.)  Georg Luger’s manufacturer, Deutsche Waffen- und Munitionsfabriken Aktien-Gesellschaft, pulled their submission to the Army, which eventually went with the M1911. 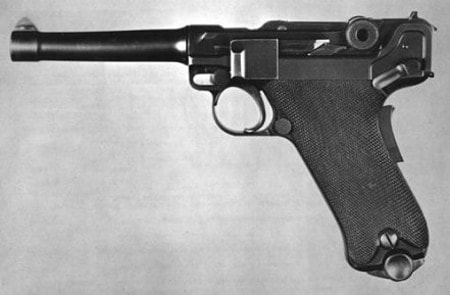 But today at auction, a pair of matching derringers is going up for auction at Christie’s and is expected to bring in somewhere between two-point-five and five million dollars.  They shoot clockwork songbirds. These may be the last remaining two of their kind in private holdings, although they are two of four known pieces to exist.  They were made in 1820 most likely by the Frères Rochat of Geneva, although the works themselves are unsigned and unattributed. 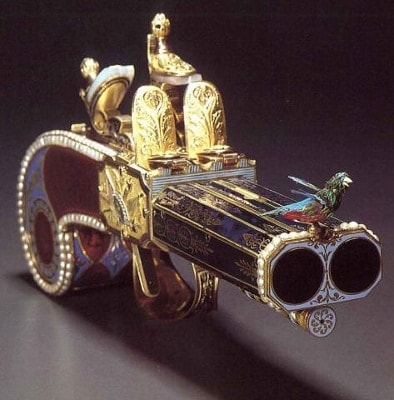 The pistols are made of gold with brass internal clockwork, painted with royal tones of blue and red, and embellished with pearls, diamonds, and more gold. 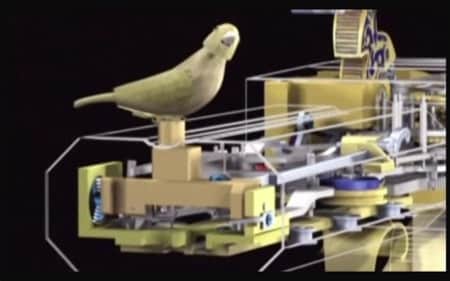 These jaw-dropping works of art just make our heads spin.  They’re wind-up machines that when you cock the hammer and pull the trigger, an animatronic bird less than the size of your thumbnail pops out, sings, dances, flaps its arms, cocks its head, and chirps its beak.  The whole thing is programmed like a music box, and when it gets to the end of its run, closes back up.  You gotta watch:

This sort of creation would be mind-boggling if it was created today, the blinding insight that they’re now nearly two hundred years old is beyond words.  Even if you’re not into the whole “priceless antique bejeweled clockwork” scene, these pistols are amazingly captivating.

Give it the full five minutes.  Sometimes you just have to look at something beautiful.