SmartSight: Another Great Way to Shoot Around Corners

A little while back we wrote about the AngleSight, a little ruggedized mirror optic that let you hold your rifle (or pistol) at 90 degrees from your line of sight and blast away. 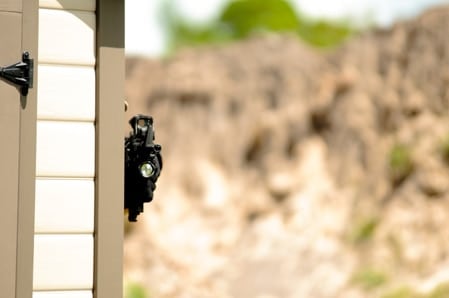 Clearly this is useful for shooting around obstacles and corners, since the only part of your body that’s exposed to returning fire is what’s holding on to your firearm; much, much less than your hands and the top of your head.

But, like the CornerShot, the AngleSight has its drawbacks.  Both of those optics have their eyepieces on the firearm and require the devices to be manipulated manually.  You have to set them up to shoot to your left, you can’t just point them leftwise and go nuts. 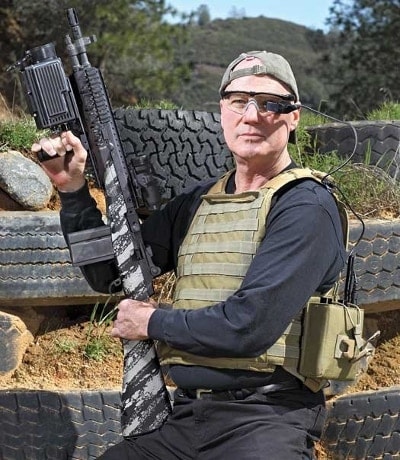 This is the sort of thing that’s kept Matthew Hagerty up at nights.  He’s been working on quite the project, the SmartSight.  With over ten years and seven million dollars in the pipe, the SmartSight isn’t just a light-manipulation rig, it’s complete remote digital gun camera system with its own heads-up display. 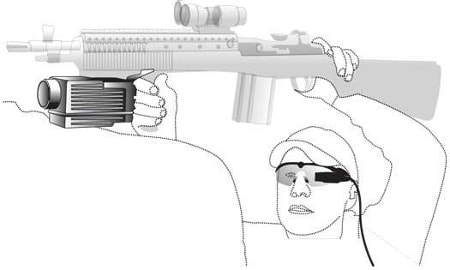 There are three parts of a SmartSight.  The first and most obvious component is the rifle-mounted camera.  It’s a wireless device that operates at 30 frames per second, which is essentially the same as any television.  It transmits its signal to a small computer that you molle up to your vest.  This computer, in turn, superimposes a reticle, an identical reticle as the gun’s red-dot sight, over the signal from the video feed, all in real-time. 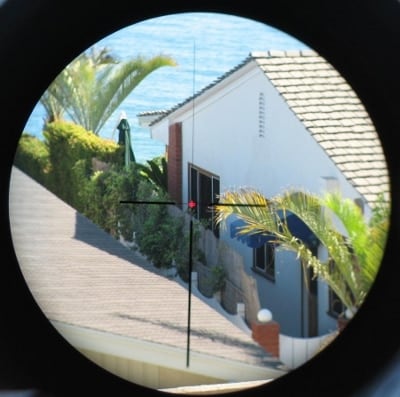 The last part is an eyepiece, a fiber-optic heads-up unit that affixes to your eye protection.  Turn it on, open your eyes, go nuts.  It mounts on a Picatinny rail so it really doesn’t matter at all what type of rifle you’re using. 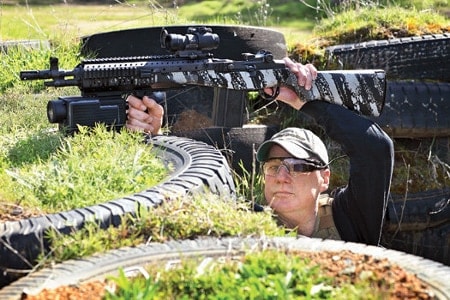 Years ago, when Hagerty worked on the Army’s Land Warrior program, the military was very interested in having a gun-mounted camera system, which surprise, never matured into a real product.  It didn’t work out for all the reasons Hagerty expected it to fail; it was too bulky, it wasn’t wireless, and the video wasn’t real-time (which does in fact make you puke). 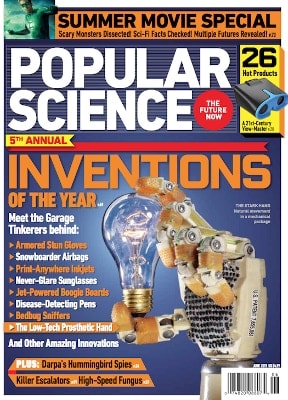 All of these are non-issues with the prototype SmartSight.  Clearly, this is one gadget deserving of Popular Science’s Invention Award.  Our hat’s off to you, Matt.  Good luck landing that sweet, sweet contract cash.