CCI and .22 Long Rifle go together like chocolate and beer.  They are the de-facto leader in .22 ammunition, and there is plenty of competition in that sphere.  Their latest rimfire cartridge has been designed with one weapon in mind: the Smith & Wesson M&P15-22.

We’d like to think that they sent their engineers, both CCI and Smith & Wesson, to a design and testing facility somewhere deep in the Alps to conduct a three-year R&D project in deep secrecy where everyone ate, drank, and dreamed .22 LR the whole time they were living in that underground alpine facility, but the truth is that they probably just got drunk one weekend and shot the shit out of a bunch of .22s. 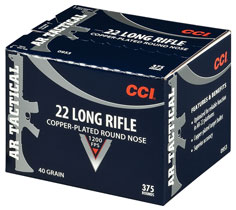 Actually, that sounds like fun, too.  (Guns.com does not condone drinking and shooting simultaneously, even if separately, that’s pretty much what we do.  We’re gun writers, what do you expect?)

And the whole process probably took only slightly more time than someone saying, “Hey, why don’t we make some high-quality ammo for all these tacticool plinkers?”  But in the end, that’s what they’ve done. 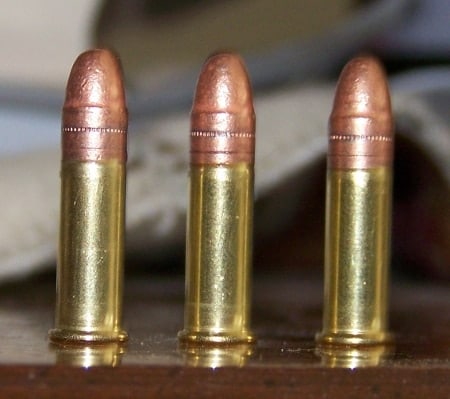 Not that there’s anything wrong with that; their latest ammo features lubed, copper-plated bullets for great feeding, and clean-burning powder so that you can absolutely shoot all 375 rounds ($20!) without worrying about gunking up your gun. And even though it’s being marketed almost to a fault for being made specifically for the M&P15-22, we’re pretty sure it’s compatible with other .22 rifles.  Pistols as well.  Just a hunch. 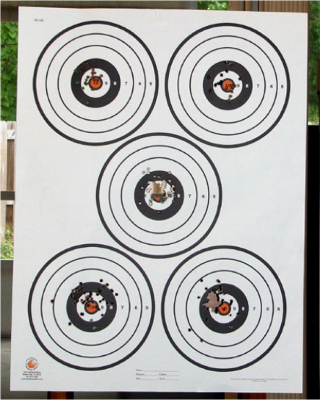 So if you’re a law-enforcement agency that’s looking for the best in .22 LR, or you just find yourself longing to make a lot of noise for peanuts this fine weekend, consider burning through a few hundred of these premium bullets; hell, let us know and we’ll bring the beer (for afterwards).