In the current U.S. political climate, there is a deeply dichotomous and polarized divide between left and right. This rare level of frustration and contention has led politicians to largely abstain from reaching across the proverbial aisle. In fact, quite literally, it has been noted that in some cases members of opposing parties have ceased to shake hands and greet each other in the halls of congress.

With this recent shift, nuanced political ideologies have tended to fall out of favor (i.e. Russ Feingold), or have simply given way to a more robust desire on the part of politicians to retreat to conventional party wisdom (i.e. John McCain). For this reason, at a time when breaking political rank is near-anathema, the act of publicly blasting one’s own party is a small wonder. Enter Rand Paul. 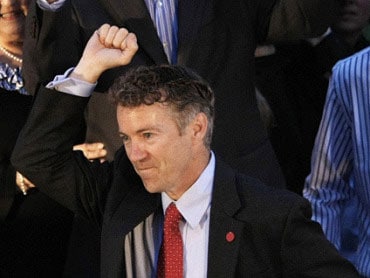 As Guns.com reported last week, while lawmakers scrambled to renew soon-to-expire provisions of the Patriot Act, Rand Paul argued vehemently for the inclusion of amendments that would prohibit law enforcement from accessing gun records without a proper warrant. Paul’s initial attempts were stymied by Sen. Harry Reid (D-Nevada). But Reid eventually relented, perhaps sensing that Rand Paul’s amendments did not have the needed votes. Surprisingly, Paul’s own Republican colleagues then thwarted his attempts to debate the amendments, opting to renew the expiring Patriot Act provisions in their original form.

This move on the part of the Republican party is unsurprising. In fairness, conservatives are not eager to choose between defending the Second Amendment – a longtime staple of the conservative philosophy – or upholding the between the Patriot Act – legislation perceived to strengthen homeland security. In many ways, such a debate is a lose-lose for the right. Failing to protect gun rights is a no-no, while appearing weak on homeland security is also highly undesirable. What is surprising about this scenario is Rand Paul’s willingness to take the fight to his own party.

Following the aforementioned events, Rand Paul, historically fiercely unwilling to budge on  Second Amendment issues, proceeded to publicly admonish members of his own party for failing to protect gun owners’ rights. While defending his own amendments earlier in the Congressional session, Paul cautioned against allowing government to “nefariously look into” the affairs of Americans.

Paul’s willingness to take an unpopular stand in defense of the Second Amendment is likely to garner attention from gun rights activists and politicos alike. In addition, his stance highlights the notion that, on both left and right, ideologies exist that do not completely conform to the party line. 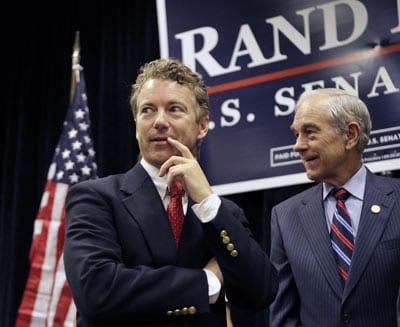 Indeed, Rand Paul’s politics often put him at odds not only with Democrats and liberals, but with Republicans as well. Rand, the son of Republican Presidential hopeful and fierce libertarian Ron Paul, is both a Tea Party favorite and an inheritor, to some degree, of his father’s libertarian bent. In fact, unlike many on both sides of the aisle, Rand Paul’s political views don’t fit neatly into any pre-packaged philosophy. 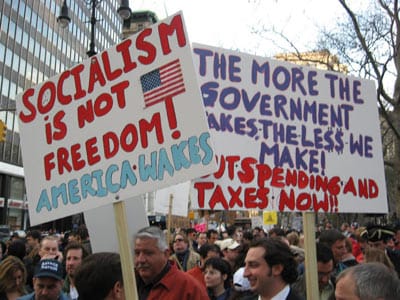 A quick perusal of Paul’s opinions unearths surprising results, many of which seemingly contradict both conservative and liberal conventional wisdom. For example, Paul endorses tax breaks for companies that produce alternative energy, and opposes subsidies for oil companies and energy producers in general. But in general, Rand Paul supports tax cuts on the state and federal levels. Curiously though, Paul has criticized both Democrats and Republicans on deficit spending. Like his father, Rand Paul opposes the Federal Reserve Act of 1913, and opposes the Federal Reserve’s role in the American monetary system. Furthermore, Paul opposes inflation. 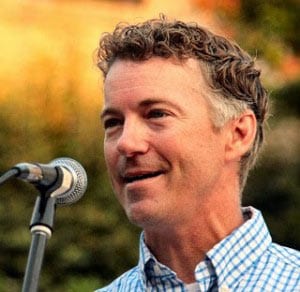 Overarchingly, Rand Paul favors state and local government oversight, and is wary of federal government. On many issues about which he favors traditional conservative wisdom – abortion, same sex marriage, medical marijuana, health care – Paul advocates for state-by-state control, opposing intervention by the federal government. Paul vehemently opposes any form of abortion, including in cases of rape and incest, but favors the morning-after pill. 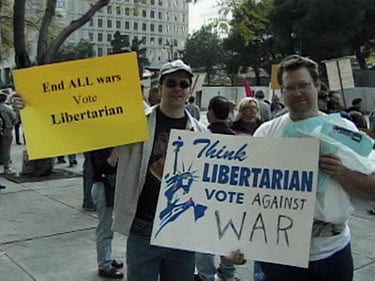 Rand Paul also stated that he would have voted against the invasion of Iraq – Interestingly, Rand Paul and former liberal Senator Russ Feingold both raised eyebrows for their vehement opposition to both the Iraq war and the Patriot Act, pieces of legislation that enjoyed broad-based support at the time. However, Rand Paul supports the war in Afghanistan. Paul has spoken out against the notion of U.S. Military bases overseas, but supports military tribunals and the current role of Guantanamo Bay.

On gun control however, Rand Paul’s stance is as one-dimensional as can be. He has staunchly defended the Second Amendment, even when his party has failed to do so. Indeed, his campaign website stated,  “Gun rights advocates need to know that the 2nd amendment is only as good as the fourth amendment. If we are not free from unreasonable and warrantless searches, no one’s guns are safe.” Paul’s suspicion of and distaste for the federal government borders on paranoia, and his libertarian, constitutionalist, and Tea Party affiliations render useless any attempts to peg him to a single political philosophy. 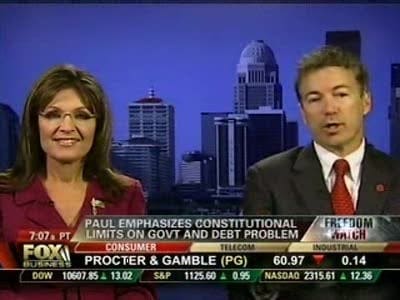 Recently, he has stated that he will vote against raising the debt ceiling, a stance considered extremely dangerous by many economists.

In recent years, the term ‘maverick’ has become shopworn and, perhaps, less meaningful than in other times. Those who have reflexively bandied it about have tended more recently to retreat behind the bulwark of the party line. But Rand Paul seems to defy this trend. Indeed, predicting where Paul might stand on any one issue is a tricky undertaking. Paul sometimes leaves those on the left scratching their heads and those on the right pulling their hair out. He is not particularly popular or unpopular, but is likely- should he continue to adhere to his unorthodox and unabashed style – to garner increasing recognition as time goes on. 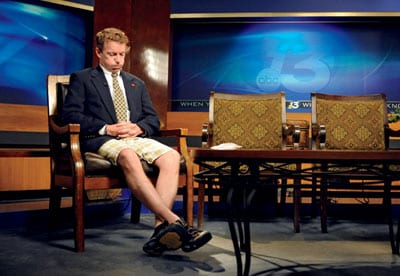 Despite one’s own political notions, gun rights activists, constitutionalists, and those clinging dearly to civil liberty above all can rest easy knowing that at least one Senator will stand his ground. He is perhaps most worthy, or unworthy, of the title ‘maverick.’