Want an Antique Rifle that Costs Less and Actually Shoots?: Enter the World of Reproductions

Let’s say you want to be the proud owner of an antique firearm like a Brown Bess Musket, and you want the experience of shooting it, but your budget is limited as well as your search-time.

Consider a reproduction instead. 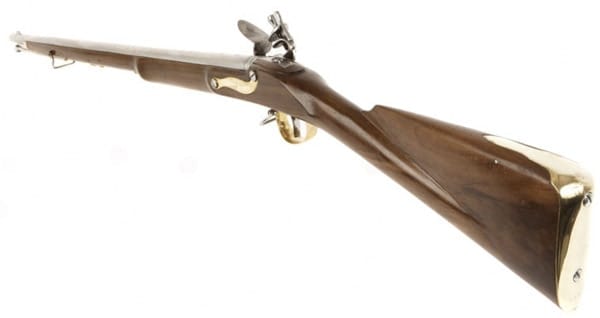 “A new reproduction of a historic firearm is a lot safer to fire and cheaper in the long run,” said Jamey Andrews of Dixie Gun Works, Inc. in Union City Tennessee.

The firm, which supplies both antique and reproduction models, often supplies weapons to actors who re-enact Revolutionary, Civil War and Indian War battles for the public.

“We also sell a lot of guns for cowboy action shooters,” Andrews said. “These are the guys who do speed draw and firing like in the Old West, sometimes from horseback.”

Andrews said finding an authentic original gun like a Brown Bess can be a time-consuming and expensive proposition, but if you plan on actually firing the weapon, pardon the pun, it’s a real crapshoot.

“A reproduction gun is new, not 200 years old,” he said. “When you buy a real old gun it’s hard to tell what’s happened to it in all that time. You might have to spend another $3,000 to fix it so it won’t blow up in your face. If you fire an antique gun and somehow damage it, it could ruin its value.”

Andrews said Dixie Gun Works carries reproduction models of the Brown Bess and other historical weapons made by the Italian firm of Davide Pedersoli & Company. There are some tiny minor differences, but the guns are very close copies of the originals.

In the case of the Brown Bess, the shooter would load and fire a reproduction model in the same way they would with an original, using black powder, lead ball and a cloth patch, rammed down the muzzle. The weapon at best is capable of firing about three rounds a minute. 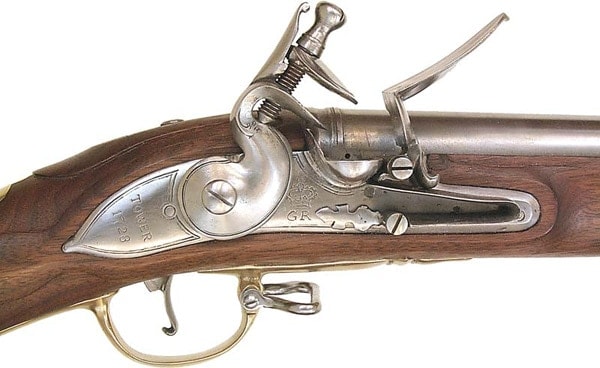 The Brown Bess is a nickname whose origin is lost to history, but its official name was the Land Pattern Musket of the British Army. A .75 caliber musket, it was standard issue to British soldiers from 1722 until 1838 and variants of the gun included the India Pattern, Sea Service and Calvary weapons. The gun used a flintlock for ignition with a 42-inch smooth-bore barrel and fired an 18 millimeter lead ball.

The Brown Bess was a dependable weapon in the hands of massed, closely packed troops marching in ordered ranks who depended on close-in volleys and bayonet charges to sweep a battlefield, for example, during the Napoleonic Wars. But like all smoothbore muskets, its accuracy beyond 60 yards was not good. In the American Revolutionary War, colonial rebel sharpshooters using much more deadly Kentucky and Pennsylvania long rifles with rifled barrels inflicted heavy casualties on the British Redcoats.

It was largely obsolete by the 1840s, but continued to be used, notably in the hands of Mexican troops at the Battle of the Alamo in 1836, by Native American Indian tribes on the frontier in the 1860s and Zulu warriors in Africa in 1879.

“Original guns are hard to find and expensive,” Andrews noted. “You might pay $3,000 for an authentic Brown Bess Musket if you could find one, whereas a reproduction would cost about $1,100. The Brown Bess reproduction is one of our more popular models, but we also have Kentucky and Pennsylvania rifles, the Hawken and the 1795 Springfield Musket.”