Very few people with any knowledge of military aviation could ever possibly argue against the fact that the Fairchild Republic A-10 Thunderbolt II attack aircraft for the U.S. Air Force is one unbelievably awesome weapon’s platform. 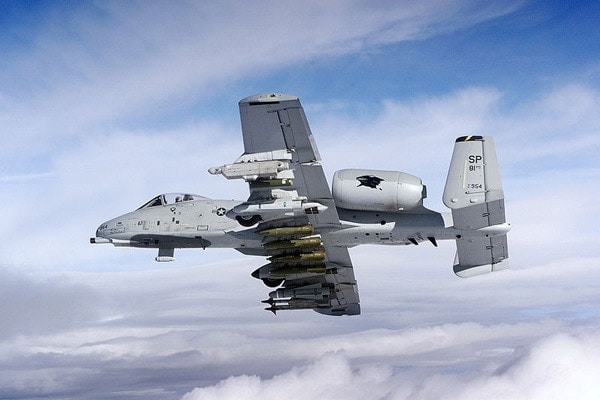 The A-10, affectionately referred to as the Warthog, is an all-American single-seat, twin-jet-engine aircraft originally developed in the 1970s. Its role in the military is to provide close-in air support for ground forces, by attacking the enemy’s tanks and armored vehicles, along with whatever other targets of opportunity present themselves. It also has a limited air interdiction capability, and its pilots were credited with destroying a number of armed Iraqi helicopters during the opening hours of the first Gulf War.  The A-10 comes from a long line of rugged American front-line attack aircraft, including the famous P-47 Thunderbolt fighter of World War II, from which it derives its official name of Thunderbolt II. 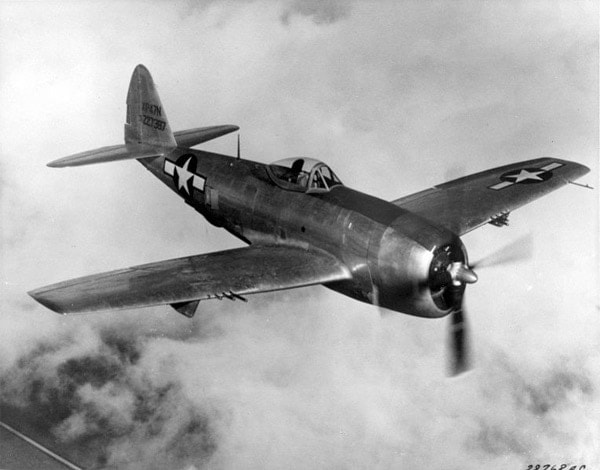 During the Vietnam era, Republic produced the F-105 Thunderchief. It was a supersonic fighter-bomber capable of flying in excess of Mach 2, and it bore the dubious distinction of having to bear the brunt of strike bombing over North Vietnam during the early years of the war. Due to the high attrition rate for the aircraft over enemy territory, it was eventually removed from combat operations. 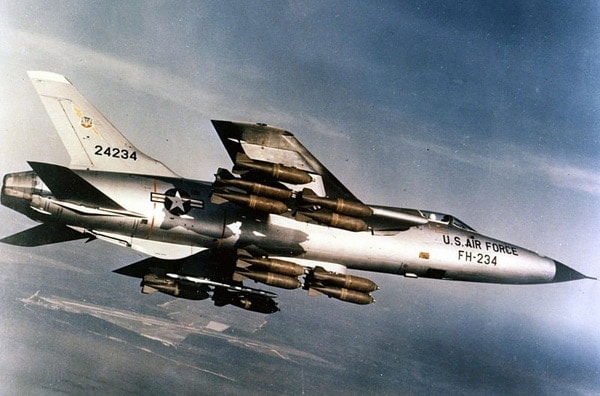 It was referred to as “Thud” by its crews and ground personnel. Unlike the F-105, the fuselage of the A-10 incorporates well over 1,200 pounds  of armor, designed to ensure the survivability of the pilot, and to allow the aircraft to continue flying even after suffering severe damage. 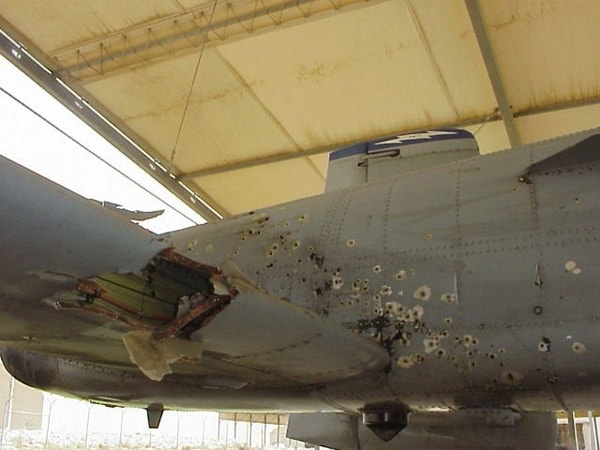 What sets the A-10 well apart from its two famous predecessors, however, is the single weapon it carries. Yes, it can easily be configured to carry air-to-air missiles, and any of a variety of air-to-ground ordnance, but its single gun is nothing short of amazing. 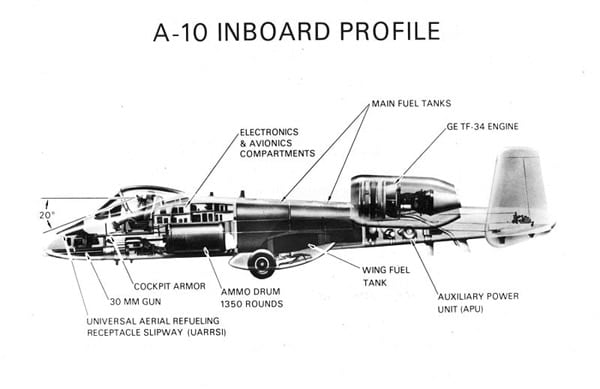 The aircraft was actually built from the ground up around that weapon, and not the other way around, as is usually the case. The gun is the incredible GAU-8 Avenger rotary cannon, and it is the airplane’s primary armament. 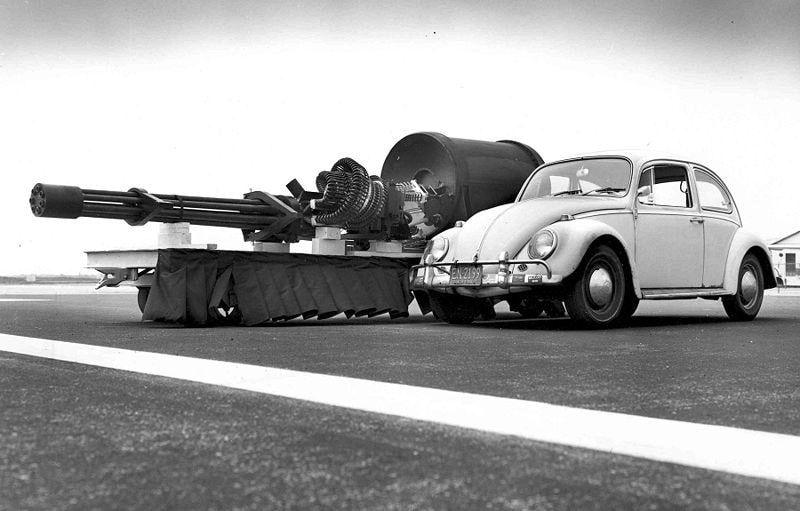 Designed and built by General Electric, the GAU-8 is a hydraulically-driven seven-barrel beast of a Gatling-style rotary cannon that fires the 30mm round. The gun is the largest, heaviest, at well over a ton, and most powerful aviation cannon in the U.S. military. That weight, not including the rounds, represents  approximately sixteen percent of the total weight of the aircraft. It delivers 62 of those 30mm rounds per second.

The gun is so large in fact, and the hundreds of belt-fed rounds take up so much room, that its placement in the aircraft had to be slightly off-center in the nose, with the front landing gear position shifted to the other side. 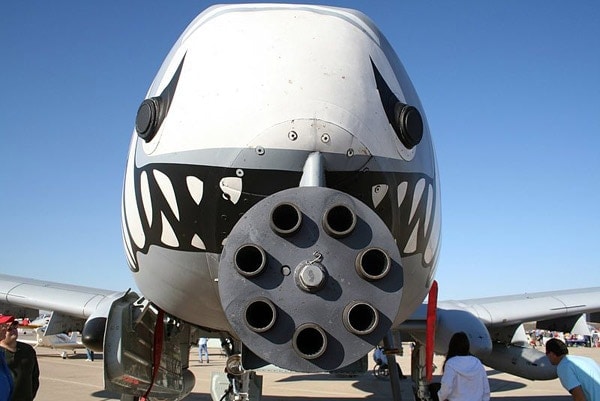 Pilots state that when they go into a low dive and engage the gun, the recoil is so violently strong that it can slow the aircraft to very nearly a stall speed. The A-10 is loved by it’s pilots, however, as well as by the mechanics servicing the unique aircraft. Both the GAU-8 and the A-10 entered service in 1977, with many military experts predicting it would be fazed out of service no later than 1990. As it stands right now, however, this weapons platform is so incredibly effective, that it may well soldier on for many years to come. It is currently employed in both the Iraqi and Afghan war zones.

There are primarily sixteen squadrons fielding the A-10, with many of them rotating in and out of the two combat zones: 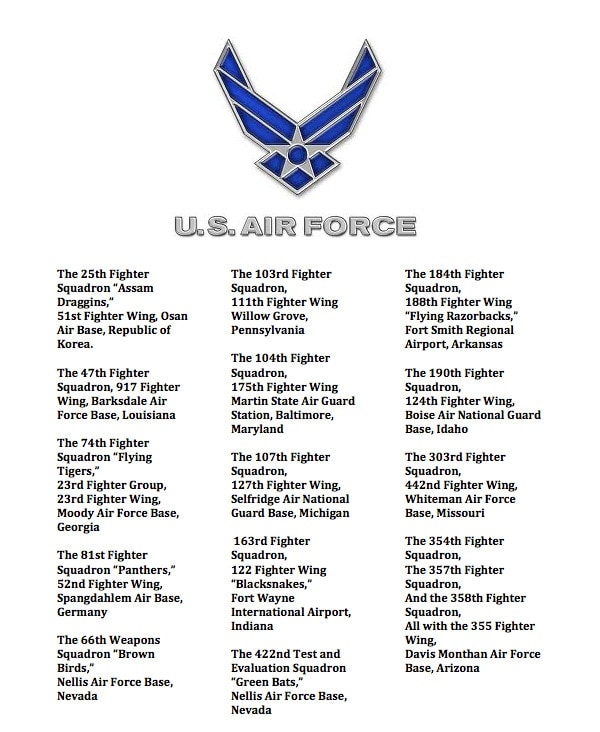 The bottom line is that the A-10 Thunderbolt II, the lovable Warthog, along with its amazing GAU-8 rotary cannon, is an incredible weapon system that is sure to see front-line combat whenever the call is issued for years to come.