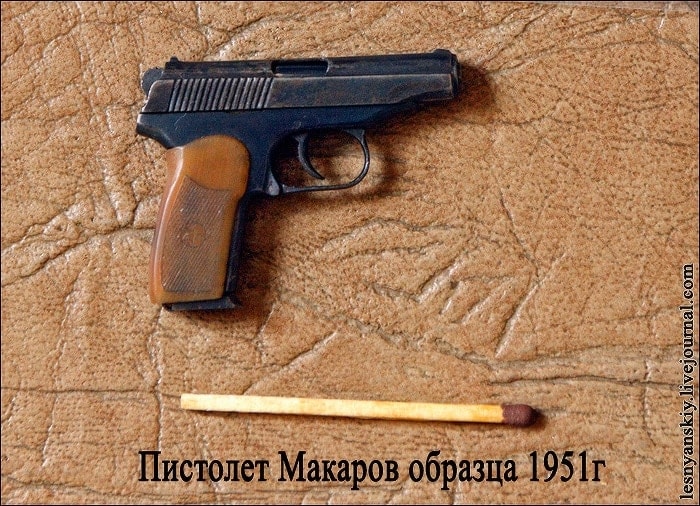 Because this crazy Russian makes miniature weapons.  (Why is it that crazy and Russian go together so often? Is it the water? Is Russia’s water contaminated with all the things that make you crazy, like Cocoa Puffs and ex-girlfriends?)  He’s made a collection of more than 50 extremely small arms that’s taken him some 30 years to do, and it takes about eight months to make a single weapon. 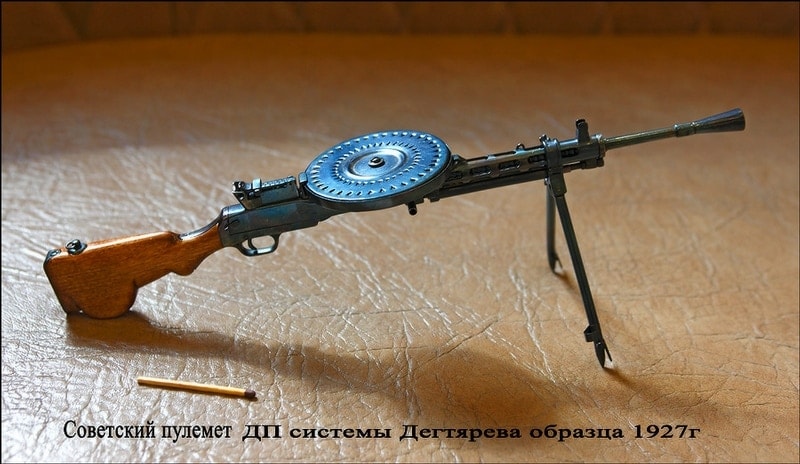 His replicas are “decreased 4-4.5 times” which I believe in English means they’re freaking tiny because they’re sure as hell smaller than 1/4 scale.  His works aren’t limited to Russian guns, or rifles, or anything.  He’ll make miniature guns of all sorts, from Kalashnikovs to Webleys, and even though he’s an art-minded armorer, he’s anti-war and not a huge fan of full-size firearms.  His favorite piece is a tiny sword through a tiny globe.

That being said, his pieces are all real, working weapons.  If someone were to load them with incredibly small bullets they would all operate.  These are actual firearms. It’s not like they only shoot clockwork birds.

He was once challenged at a gallery by a group of boys who denied that the guns could possibly be real, so he asked a soldier to field strip one, who confirmed that yes, they are what Perfiliev says they are. 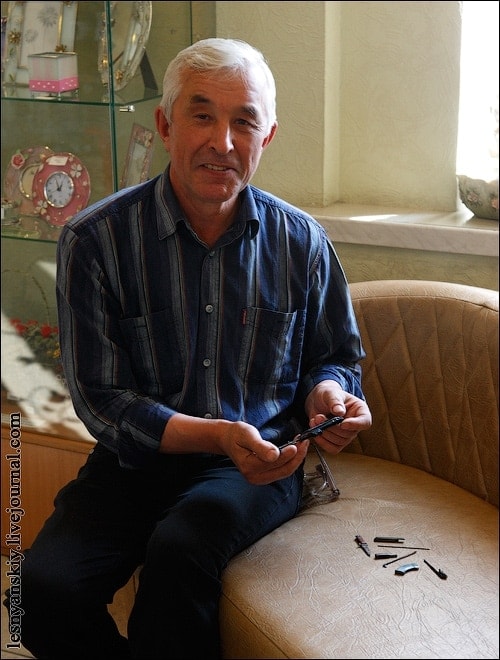 Which is why for the love of God, people, we need to stop being dicks to the rats.  Mice and squirrels, too.  It’s just not worth the risk.  If they get the smarts gene, or the talk gene, they could all pile into an overcoat, walk into St. Petersburg or Tula, visit their museums, plunk down a few grand and walk out armed to the teeth with teeny little Mosin-Nagants and start some shit.

That’s just not a world we want to live in.  But maybe we’re just paranoid.  These weapons are so out-of-this-world that we can’t help but start to daydream about ’em… 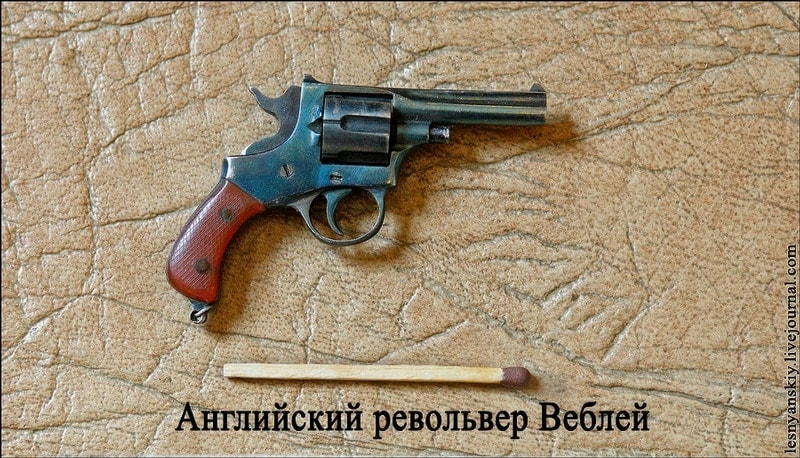