As the coals continue to smolder after a week filled with gun violence in Mexico’s tourist Mecca, Acapulco, Mexican police are pushing the state government to lift restrictions on civilian firearm ownership for all law-abiding Mexican citizens.

Once thought to be a sanctum from the drug-fueled violence currently sweeping the central American country, the creep of gang activity into resort towns like the Pacific coast retreat of Acapulco has locals, who make their living off of money-drunk holiday-makers, distraught and tourists worldwide rattled. 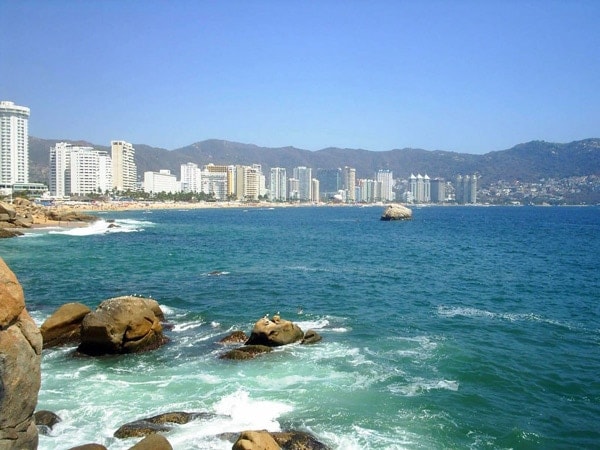 A surge of bloodshed began last Sunday in Acapulco, when shootings in the city’s heavily commercial center left three suspected drug cartel gunmen, two police officers and two innocent bystanders dead.  A series of armed confrontations began when a convoy of eight vehicles opened fire on an Acapulco municipal police patrol car. Federal officers later pursued the assailants, located the convoy, and killed three suspects during the ensuing firefight. The motive for the attack has not been determined though the presumed narcos were donning military style uniforms and bulletproof vests and brandishing assault rifles. 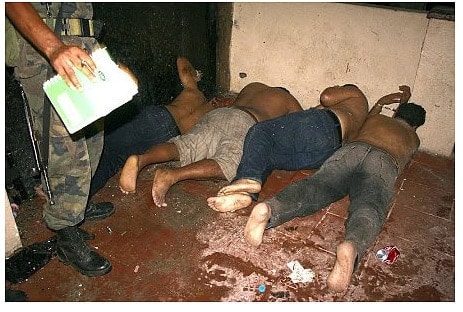 Monday, in two separate incidences, the butchered body of a man was discovered inside the trunk of an abandoned car along a major federal highway.  Officials also reported finding the bullet-riddled and tortured body of a young man with hands and feet still bound, in a middle class residential neighborhood.

And as the week wore on, so too did the body count rise.  Federal police found the bodies of four more attackers associated with a gun battle that occurred last Friday in the western Mexico bringing the total number of victims in that incident up to 15.  In response, officers raided compounds held by La Familia, a powerful pseudo-religion/drug cartel, arresting 39 gang members.  Two officers were seriously injured in the raid.

The brazenness of the attacks in the heart of Mexico’s lucrative tourist centers, their location in the execution plagued state of Guerrero and that fact that this intensity of violence is far from atypical in border towns such as Juarez, only serves to underline the fact that the call for facilitated access to firearms is more a cry of desperation than a demand for civil rights. 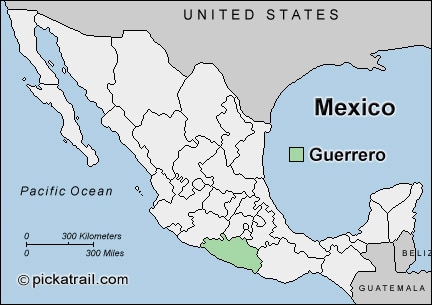 Ramon Almonte, the Guerrero state police chief, told reporters last Monday he planned to testify before federal congress as early as next week about the need to make it easier for common citizens to get permits for weapons to defend themselves.

Almonte told the press, “We cannot go on the way we are.  When you fight someone and at least you have a ‘piece,’ the person who is attacking you might think twice.”

Currently, Mexico’s constitution does allow citizens to have own one “high-caliber” or two “low-caliber” firearms in their homes, however 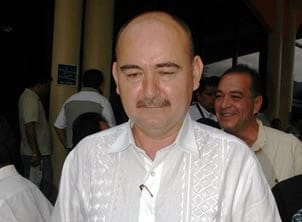 the guns must be permitted and registered by the Defense Department. The process was always been long and complicated and has become even more so as an already stretched-thin Mexican state department continues to divert resources away from such programs to combat Narco-terrorists directly.

Almonte did not go into details as to what he and his fellow officers plan to do to make arming citizens easier.

“Having a weapon should be a right, because the bad guys are few and we, the good guys, are many, so we can’t allow ourselves to be held hostage by the few,” Almonte told a room full of reporters last Monday.

On New Years Day 2011, Almonte’s own brother was killed in a rural town in Guerrero by unidentified gunmen.  During that month, 30 men were killed in four days.