This Week in Videos: The Bianchi Cup, Russian Plumbing, and the Slingshot from Hell

So it’s June now.  Kids are getting out of school, the weather’s right, and a week after Memorial Day summer’s starting.  Over here things are going great, if you haven’t heard, we’re giving away a mysterious new Springfield XD(m), so for once, flap your jaw already.  We went into the Brady Campaign rumors that Obama’s working on gun control in secret, talked about how Mark Zuckerberg is either really smart or completely lost, and we still had time to watch videos of kids’ epic Nerf battles and review rifles and revolvers.

And now it’s Saturday and the out-of-doors are calling.  You might want to watch these first, though.  Because seeing 14-year-old Molly Smith set the stage at this year’s Bianchi Cup will make you think that the kids are alright: 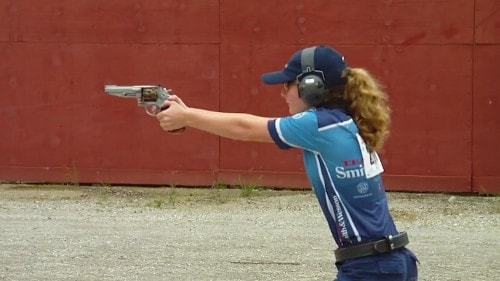 That’s all kinds of win.  Palin, though, wow.  Fighting the British to free the British from the British.  It’s like she wants to beat Obama so hard she’s willing to fail harder:

Bringing things back onto the side of the win, our favorite German, who we’re fairly positive is an actual Fritz unlike our favorite Russian, made himself a new slingshot.  Well, circular sawblade shot.  Yes, you read that correctly:

Speaking of Ivan, in what amounts to essentially the greatest “In Soviet Russia” joke all summed up wordlessly, this poor guy shows us his sink:

But the video of the week, or at least the video we’re going to end things on, is this training company trailer on close-quarters gun fighting.  We can’t decide what’s funnier, punching someone with a gun instead of just shooting them, or when the guy with the laughable “trainer” label on his ballistics vest (hey at least they know they’re idiots) hurts his elbow on his “assailant”:

There.  Now, go outside and shoot something.