He may be a double-secret good old country boy and a viral caricature, but we here at Guns.com are quite smitten with the Internet’s hearing-protection-agnotstic Georgian; Cupid’s run us through the heart with an C-4-bearing arrow, shot from a bow strung with Primacord. 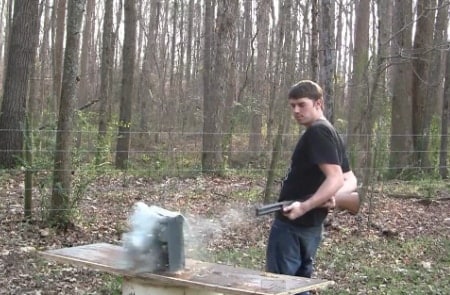 FPS Russia’s exploits are a regular staple around here and we’re super-envious of him, and yet, can’t fault him for this. 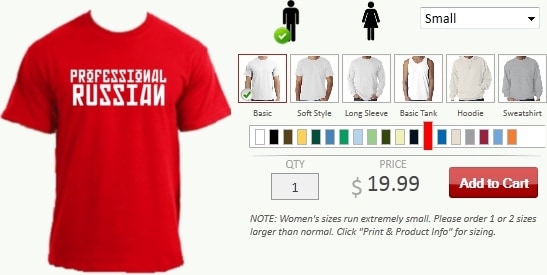 No longer merely content with his towering popularity on the People’s free-access video network YouTube, FPS Russia has turned his weekly explositions into a much more profitable scheme: T-shirts. 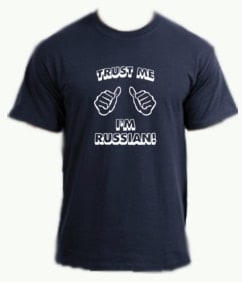 We’re going to be honest with you, he’s going to get some of our money.  We piss all sorts of stuff around here and we don’t have any shirts to broadcast that message.  But we will soon. 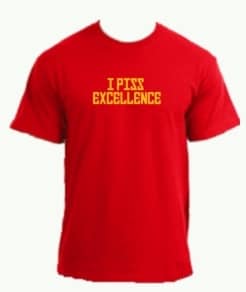 Plus, FPS Russia’s gotta be in the hole with all those amazing firearms.  Even if he’s just borrowing them from some sort of fairy godfather of amazing weapons he probably has to pay for his ammunition… right? 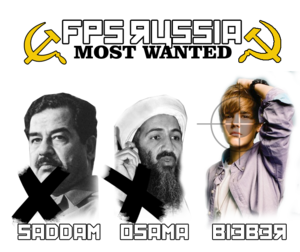 Anyway, here’s his latest: a water-cooled Browning machine gun.  On zombie mannequins stuffed to the neck with dynamite.

So yeah, while the rest of us non-YouTube sensations aren’t going to play with half this cool stuff in our lifetimes, at least now other will rest assured that they can trust us.  We’re Russian.  And that they should have nice day.