A while back Ruger introduced their take on the Colt Single Action Army in Black Hawk form.  It was an all-steel-framed .357 flattop revolver and yeah, you could say it was popular.  It’s considered one of the best modern cowboy guns.  But it wasn’t available in a cowboy caliber. 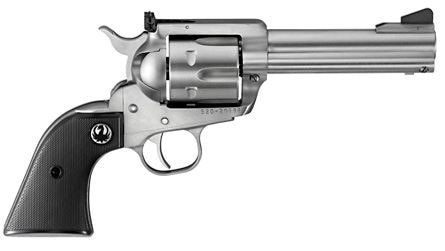 A short time later in 2006, due to popular demand, Ruger started making them in .44 Magnum, on the 50th anniversary of the cartridge.  But it still wasn’t available in a cowboy caliber.

Louisiana firearms distributor Lipsey’s took that to heart and cut a bargain with Ruger.  They’d buy 1,000 Ruger 5-1/2″ Flattops if they were chambered in .45 Colt.  But it gets better: they wanted Ruger to make .45 ACP cylinders, too. 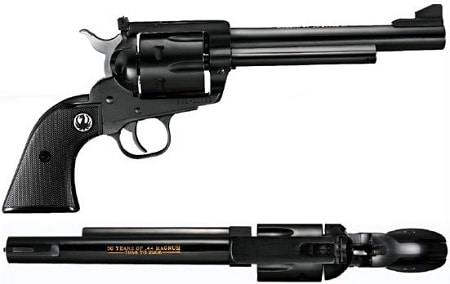 And the rest, as they say, is history.  Lipsey’s is now in the 45 caliber business, with the first 500 Ruger Black Hawk Flattops being shipped now.  They’re also all-steel-framed and also feature Ruger’s “gunfighter” single-action trigger which will make the cowboyest of action shooters very happy, and the best part is that each one includes two cylinders, one in Colt and one in ACP. 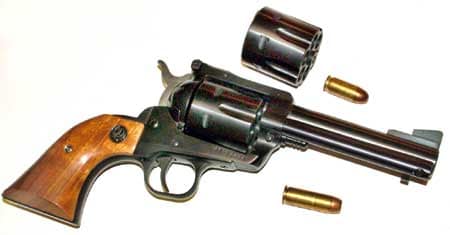 This is every bit of the best that the Ruger Black Hawk represents, and with good reason: they’ve done it before.  These pistols were once in production back in 19*cough*ahem* and are much sought after by all those who mistakenly sold them thinking Ruger would go on making them forever.

To spruce things up a bit for this latest run of flattops, Ruger’s added some nice-looking synthetic ivory grips and we’re betting that they’ll ship in nice boxes.  But this is a gun that’s meant to be shot.  Single-action revolvers don’t take kindly to getting worn out, and the .45 ACP cylinder means that you can shoot this piece all day without breaking the bank. 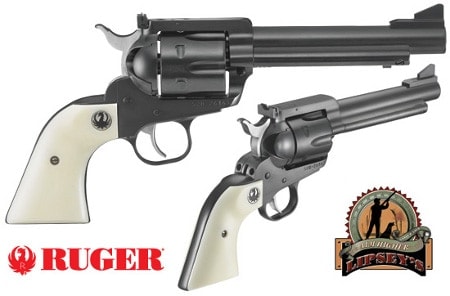 Which gets us to the price: should be available for less than $600.  ‘Course, demand might spike things up a bit, but then again, if there’s that much demand, then Lipsey’s can probably talk Ruger into making a few more.  Currently, only Black Hawks in blue are available; if you’re patient, Ruger is working on a second 500-unit batch in sexy, sexy stainless.

For your enjoyment, Jeff Quinn shows his off right here: