The pistol will be the first actual piece of former Capone property to hit Christie’s historic showroom in at least a decade.  Officials for Christie’s fully expect the little six-shot, double action Colt to pull in, in excess of, $100,000 based on the $95,600 a California collector paid in 2009 for a pistol that was once brandished by Depression-era bank robber John Dillinger. 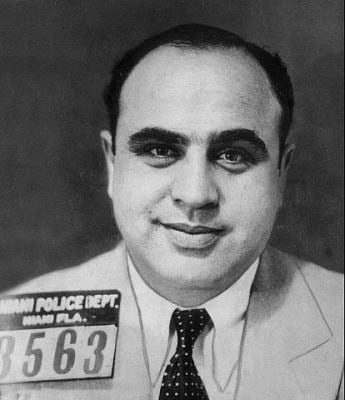 “We’ve had film memorabilia but nothing related to the actual Al Capone… in the last 10 years,” a Christie’s representative told the press last week. “One-hundred thousand is what we estimate the market value to be.”

Today, Capone’s name is all but synonymous with the America’s dark, sad and deeply misguided prohibition-era when the low hanging fruit of an illegal market proved just too tempting for many of the nation’s unscrupulous and desperate.  Capitalizing on the seemingly insatiable underground demand for the sauce, Capone rose out of Brooklyn’s Italian ghettos to become the undisputed king of the Chicago rackets, lording over a multimillion-dollar crime syndicate fully dedicated to the finer things in life: booze, gambling and prostitution.  And he did it all with a Colt on his hip. 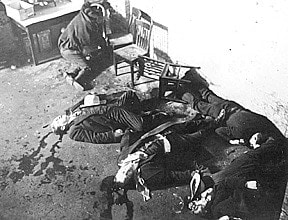 Colt records that will accompany the gun indicate it was manufactured in May 1929, “a significant date in Capone’s life -– the same year as the St. Valentine’s Day Massacre,” according to a catalogue released by the auction house.

The winning bidder will also be presented with an original personal letter from Madeleine Capone Morichetti, the widow of Capone’s brother, Ralph Capone, and an affidavit taken from her back 1990. Together these affirm the gun was owned and used by Capone. 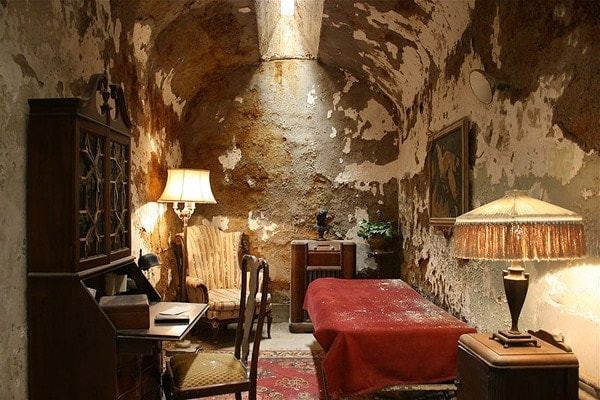 Capone’s swan song came in 1931 when, at the advice of his famously loyal financial advisor Jake Guzik, he plead guilty to tax evasion and prohibition charges.  He served seven and a half years in federal prison (including a tour of Alcatraz) but was paroled by 1939, his mental and physical health dimming usually credited to untreated syphilis.  He immediately headed to an estate in Miami and died while in self-imposed seclusion in 1947. 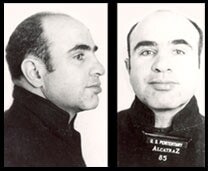 And since the original Scarface’s death, it may seem like anything the man touched (cars, furniture, Christmas cards) has found its way onto some auction block (though probably not as many as Geraldo would have hoped for) usually fetching astronomical sums from eager collectors worldwide.