An Apologist's Argument for Hi-Point Pistols

Not too long ago a lot of people started paying attention to a single Radio Shack in Hamilton, Montana, the Radio Shack that ran the Free Gun with Satellite Contract promotion.  And while it sure got a lot of people talking, all of it seemed, to me, to be off the mark.

Because while most people were talking about the propriety of using firearms as a promotional tool, I was thinking, “What kind of guns, exactly, are we talking about here?” 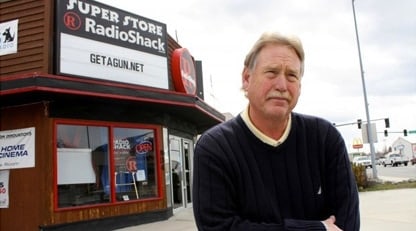 Background: if you were to sign up for a 2-year contract with Dish Network with that particular Radio Shack, you could get either a gift certificate redeemable for a pistol, a shotgun, or Pizza Hut.  So we’re talking guns that are on par with what is, and I’m no amateur connoisseur of cheap pizza, the worst of the national cheap pizza chains.

If you had already assumed that the pistol was a Hi-Point, you’re pretty canny.  Hi-Points are the epitome of cheap handguns, and even though their .380 still costs more than $50 (the value of the pizza coupon), they’re not that much more expensive at $150.

They’re actually more expensive than the 20-gauge shotgun also available through the promotion, a Baikal MP-18; those sell for around a Benjamin.

Quick aside before we get back to Hi-Points.  The Baikal is marketed under a handful of different brands and importers, chiefly USSG and EAA.  It is a single-shot break-action 20-gauge shotgun, one of the most common models in the world.  It’s made by the Izhevsky Armory; a still prominent and storied manufacturer deserving of its own story entirely.  The reason this shotgun is cheap is because it’s simple.

The reason it’s popular is because it’s unstoppable.  This is one hell of a cool 20-gauge and well worth the price of admission—in this case, Dish Network.

Right.  Hi-Points, on the other hand, pure shit.  Right?  Look, I know their pistols have a reputation but they stay in business, and business is good. 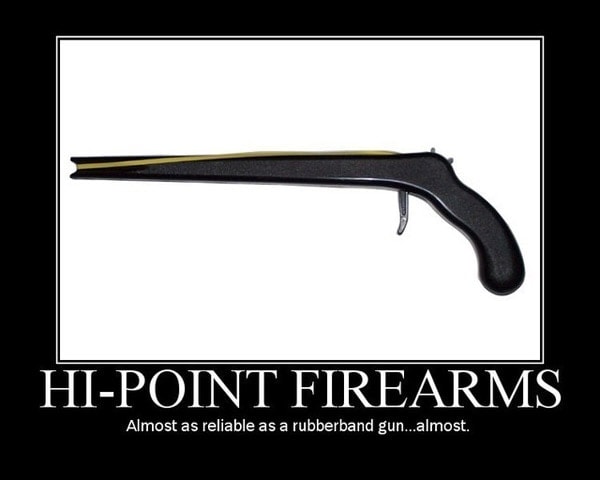 So I started poking around.  Being a gun lover, naturally, I never bothered with them.  No one who loves guns looks at a Hi-Point and goes, gosh, I think I’m in love.  No, no, no, put that Smith & Wesson V-Comp right back in the case, I’m getting a Hi-Point and with the money left over, 5,000 rounds of ammo! 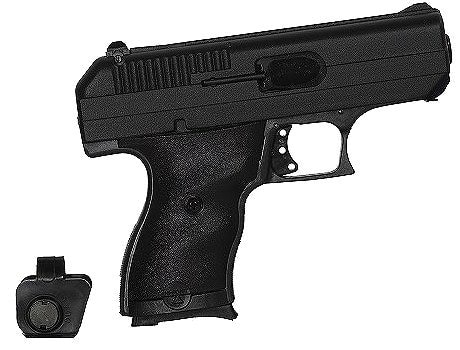 Googling Hi-Point returns with a thousand instances of people giving new gun owners advice to save up for something better, even if it’s chambered in Makarov.  It also returns with a curiosity: a thousand more people talking about how much they enjoy their Hi-Point carbines.  Clearly, Hi-Point isn’t a completely inept manufacture of pot-metal arms.  But to hear people talk about the pistols, you’d never know it.

They’re blowback-operated, even the .45.  They have no breech locks and just use slide mass and spring tension to hold things together.  To give you an idea of how much mass we’re talking about, all Hi-Points are +P-rated.  You’re not even supposed to field strip them, you’re only supposed to hose them out and wipe them down.  Which, when you take into account that you have to tap out a roll pin to strip them, seems like a much nicer option. 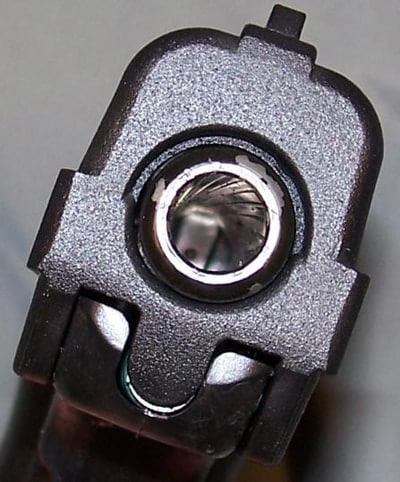 None of that impresses me.  No, it dis-presses me.  I would use the money to put down on something else, and if I was on a shoestring budget, it would probably be military surplus.  And if anyone in the same position asked me what to do, I’d give them the same advice.  You really can get good, reliable pistols at Hi-Point prices without buying Hi-Point. 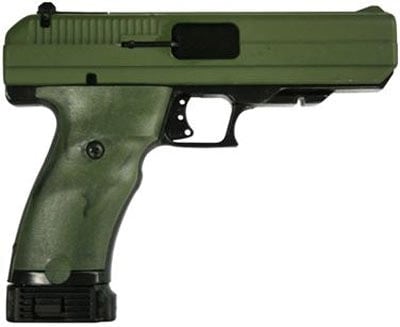 But talking to professionals, (my local gun dealer and my local gunsmith) Hi-Points don’t seem more or less reliable than most other cheap guns (to them at least), and Hell, show me a high-end gun without examples of failure—they don’t exist.  It’s not possible. 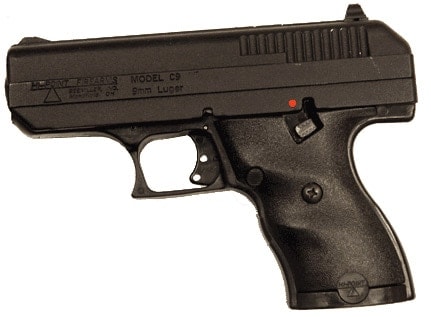 A Hi-Point is an inexpensive pistol stamped Made in the U.S.A., and it has its niche: the old lady who wants a satellite dish and a .380.  The single parent who lives in a bad neighborhood seeking a little peace of mind.  All the people with a couple hundred bucks and not the will nor time to learn about, shop for, and find an alternative firearm.  To quote Homer Simpson, “But surely, you can’t put a price on your family’s lives!”  “I wouldn’t have thought so either, but here we are.”

In a very real way, Hi-Point serves the poor, and that shouldn’t be harangued, it should be applauded.

They’re the opposite of pretty.  But I appreciate ’em.  The next time I go to the indoor range, I think I’ll rent one.  That is to say, if nobody’s there, and I mean nobody but me and the range officer, I’ll rent one.  You know what?  There are other ranges in town.  Ranges that… don’t know me.  I’ll rent one there, yeah. 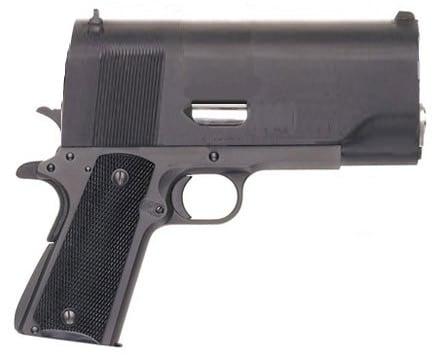