Last month the US Navy announced a significant update in their fervent and ongoing quest to outfit our entire fleet with a whole host of crazy, year “X” laser weapons: the guns actually work.

The first successful test of this trekkie-inspired hardware took place in early April off the coast of Central California when sailors using a laser gun mounted on a speed cruiser (what the Navy calls a “self-defense test ship” though the vessel formerly wore the name the USS Paul Foster) were able to successfully immolate a sacrificial schooner “while taking evasive action” in the middle of Pacific Ocean, as reported to the press by Rear Admiral Nevin Carr, chief of Naval Research. 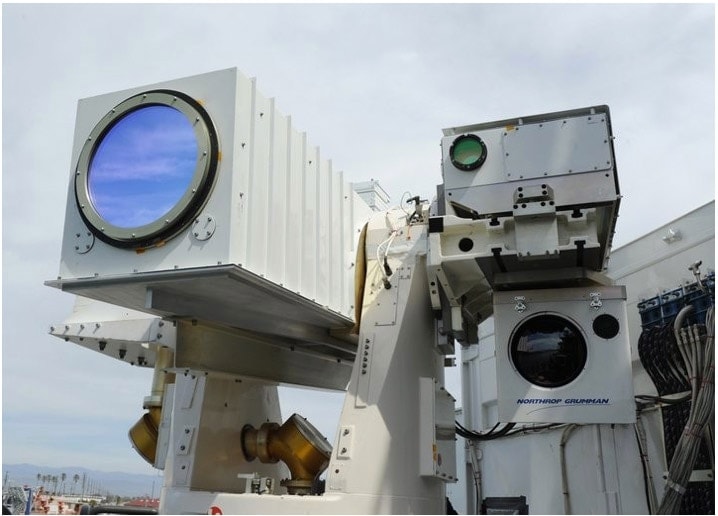 And though the majority of details about our inauspicious arrival into the age of probable laser warfare remain classified, there is a video:

Captured by Navy scientists, the video shows the small test boat smoke and catch fire before eventually exploding in flames.  The exact distance from which the test boat was fired upon is one of these things that will remain deep in the Navy vault for the time being, though Carr did tell FoxNews, “We’re talking miles, not yards.” 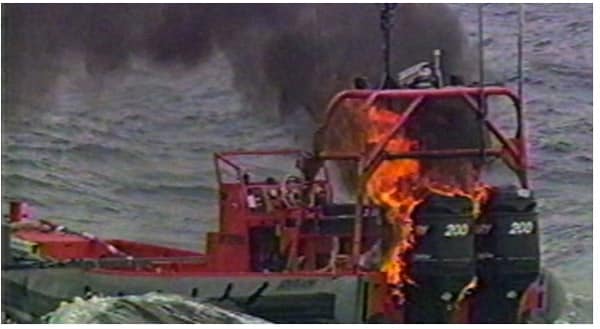 Navy representatives said of the event, “This is the first time a [high-energy-laser], at these power levels, has been put on a Navy ship, powered from that ship and used to defeat a target at-range in a maritime environment.” 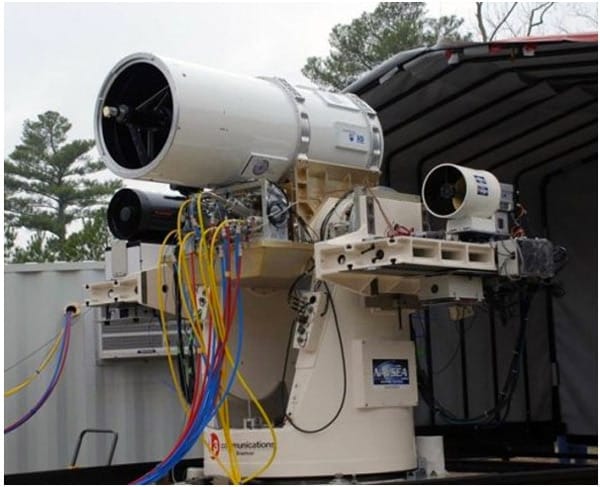 Mechanized in a decidedly more than complex a fashion than merely a laser pointer on steroids, the gun, baptized the maritime laser demonstrator by Navy brass, was built in partnership with Northrop Grumman.  The device concentrates 15 kilowatts of energy through a solid medium, in this case (and as is usually the case with solid state laser devices) some type of a crystal. 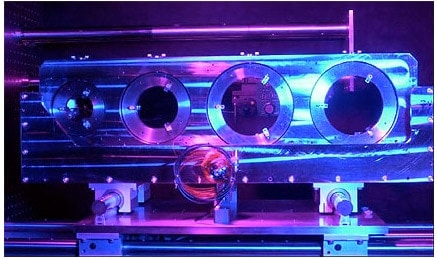 Though the idea of infinitely armed, zap ‘em into oblivion laser guns has been around basically since engineers started daydreaming, in recent years, this new breed of so called “directed energy” devices are finding powerful proponents in practically every arm of the military.  The Army and Marines have plans to mount them on tanks and on drones and unmanned balloons.

And perhaps giving us a more complete understanding of what the Navy means when it calls these “directed energy” weapons is the Navy’s so-called “rail gun” which Guns.com told you about last fall.  This “gun” routes an electomagnetic current to propel a non-explosive bullet at several times the speed of sound.  This system, along with the various other laser gizmos currently in development by our military, round out the latest motif in an ages long narrative about throwing something at something.

For his own part, Carr stressed at the news conference that the Navy’s research apparatus is putting a lot of energy into lasers and believe devices like this will become genuine military innovations in the near future, particularly now that they’re coasting off the momentum from this successful test.

Carr reported that to begin looking at these lasers as short to mid range defense systems, they would “need to get up to hundreds of kilowatts”—and this moment the seadogs are working on just such a gun. 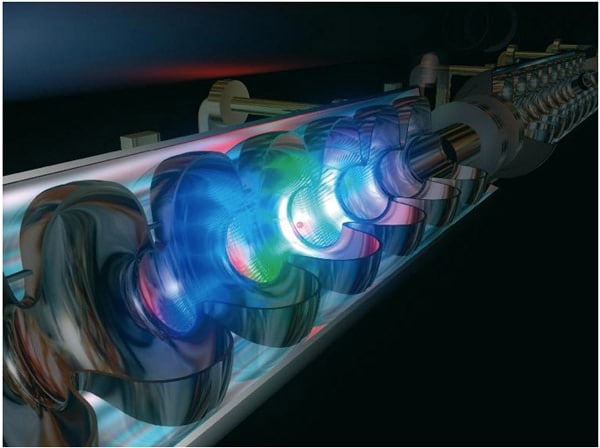 The prototype laser, called a free-electron laser or FEL, does not use a solid medium like its boat sinking cousin (reportedly making it more versatile because it does not have a fixed wavelength and subsequently user friendly).  When tested back in February, it blew a whopping 500 kilovolts of energy threw a supercharged electron beam, easily surpassing the kilowatt butter zone for missile defense. 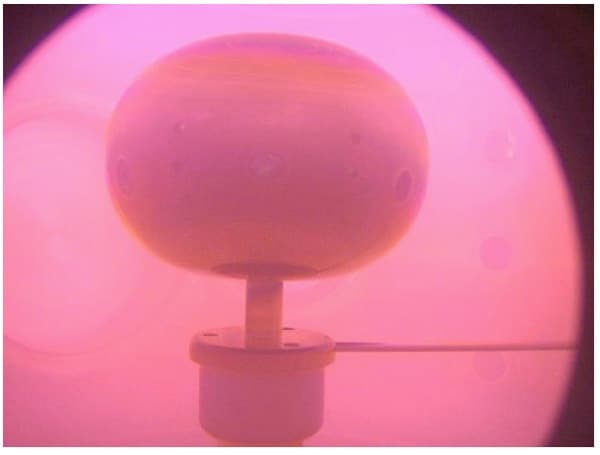 But these guys are still a ways off from seeing action, mostly because it takes the small village to power them.  Officials expect to release the first class of megawatt weapons in the 2020s.