SIG Sauer’s P250 pistols are a red-headed stepchild amongst SIG purists, but then again, almost everything made after 2000 or made in Exeter isn’t good enough for the few. 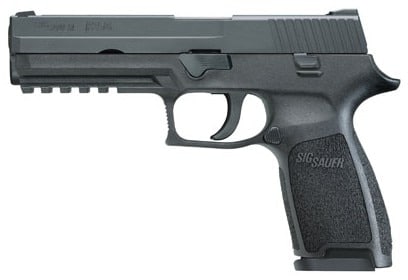 We here are enamored with this particular design (that shares nothing but aesthetics with the P290) and frankly, think it’s a great system.  To give you a quick re-hash, they’re an internally steel-framed pistol with interchangeable polymer grips and slide assemblies.  Because of their modular nature, you can take the guns internals and switch it around from a sub-compact 9mm to a full-size .45 in seconds, literally. 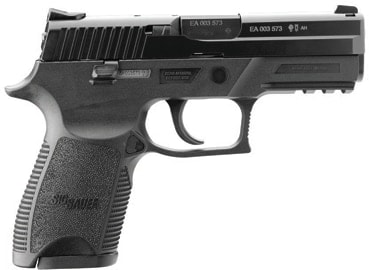 But it’s not even the modularity that impresses us most about these guns, it’s their simplicity.  They are, as we’ve said before, simpler than most revolvers and their action really drives the point home.  It’s a long, glossy double-action-only trigger that even makes custom revolver shooters grin. 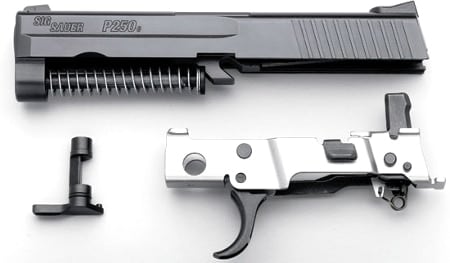 They are so simple anyone can take them apart and see exactly how they work, and that simplicity is reflected by their price: you can find these guns for sale starting well under four hundred dollars with contrast sights and an even four bills for models with night sights. 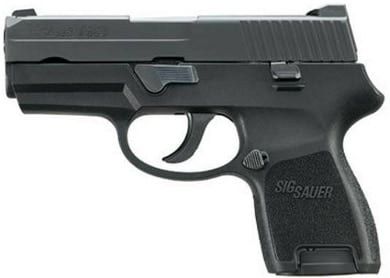 Until now, the sub-compact was bereft of rail.  SIG’s gone and fixed that for the rail-minded, although they’re still selling sub-compacts without rails; we don’t know if they’re getting phased out but we hope not, since there is absolutely a market for non-tactical handguns, especially in the conceal-carry crowd, where people don’t want to worry about the sharp edges catching on anything during a draw. 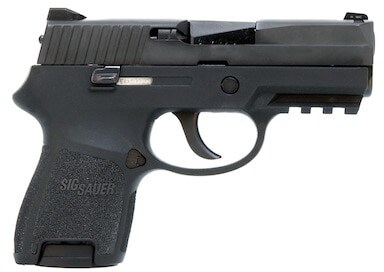 Still, this announcement is going to leave a section of the P250 fans wanting for a .45 sub-compact.  The large and medium guns shoot the big bullet, but the sub-compact is limited to 9mm, .357 SIG, and .40 S&W.  They stopped making the 2-tone slides, fine, but where’s the little .45? 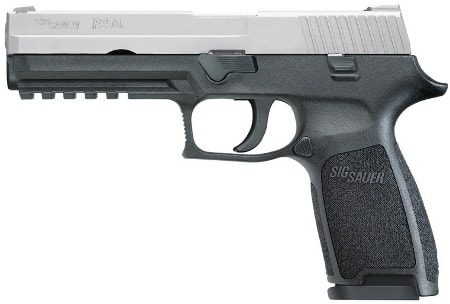 Fortunately, nothing else is changed about these frames and unlike the quiet transition from gen 1 P250s to gen 2, will still be compatible with all the existing sub-compact magazines, which means 12+1 for the 9mm, and 10+1 for .357/.40.  They’ve really just added a rail and didn’t go mucking about with anything else. 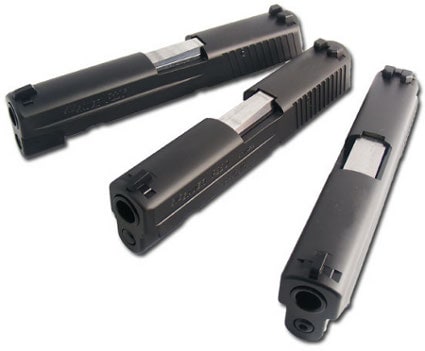 All in all, this exhibits a continuing commitment to the P250 platform and that will make a lot of shooters happy; along with the SP2022, the P250 SIGs represents one of the greatest bargains in duty pistols available today.  (Although don’t they just make up for it a bit with the $50 magazines, yeesh.)