“Hokey religions and ancient weapons are no match for a good blaster at your side, kid.”

Does that instantly bring an image to mind? Sure it does: 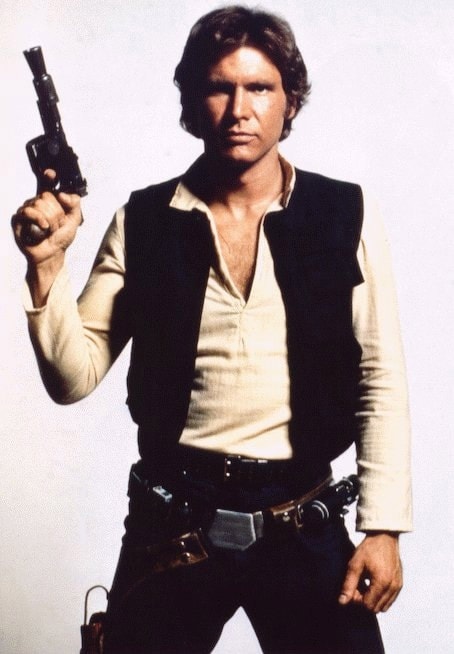 Almost every iconic Science Fiction movie or show I can think of has it own trademark guns. Same for SF games. Even most books do, including my own. Han Solo in a different incarnation had his Model 2019 Detective Special. There’s Star Trek phasers, Farscape pulse pistols, PPGs from Babylon 5, Heat-Rays, Disruptors, Disintegrators, electro-guns, and your basic undifferentiated death-ray. 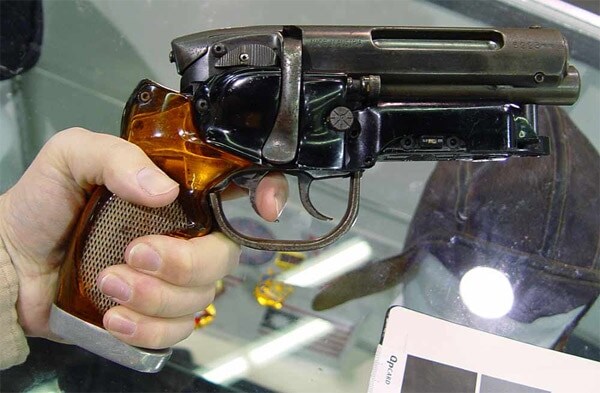 Well, conflict of one sort or another is at the heart of any story. With Science Fiction, you’re usually dealing with some kind of advanced technology, whether developed by humans or some alien race. And if guns are going to be a factor in that conflict, you want them to be identifiable as weapons while at the same time being appropriate to the technology level of the story. Even someone not knowledgeable about guns should be able to accept that they work as guns in the context of the story. 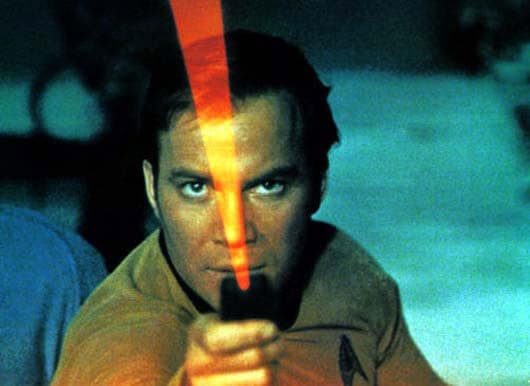 For those of us who are also gun geeks, we want to know how they work. Is it a laser-like beam? Some kind of particle projector? A slug-thrower? How many shots do you get before you have to reload? Will it cut through armor or walls? Some of the biggest arguments I have seen on the web have been over exactly how a given weapon depicted in a story actually works.

Why? Because we all would like to have some kind of ideal weapon, whether it is a phaser or a magic wand. The kind that would allow us to not just defend ourselves, but to do so (ideally) without worry – perhaps even without injuring an attacker. 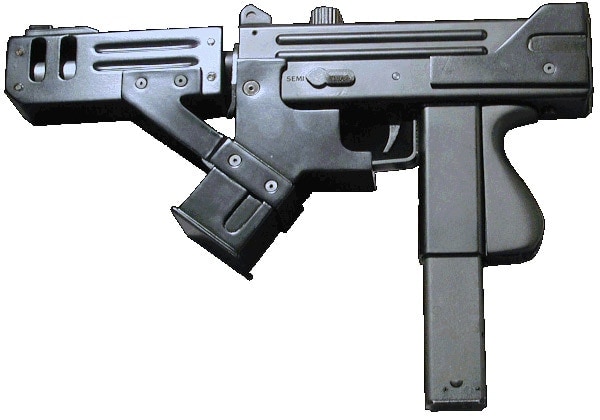 I’ve never bought the idea that humans would evolve beyond violence – a premise of many Science Fiction stories of one type or another. We’re actually not terribly violent as a species (most people get along just fine without violence in their day-to-day lives), but we certainly are capable of violence if provoked. Even a famously ‘non-violent’ character can usually be provoked to using a gun of one type or another from time to time:

Through all the stories, through all the drama, a gun is a gun is a gun. It is a way of projecting violence (though perhaps carefully calibrated violence) at a distance. Yeah, under this definition, a bow & arrow counts, as does a phased plasma rifle in the 40-watt range. I think they all serve the same purpose, play the same role.

Because sometimes you do need to project violence, at least in self defense.

I’ll end with this passage from The Weapon Shop, a ‘golden age’ Science Fiction story by A.E. van Vogt which made a huge impression on me in my youth, and which I still enjoy: 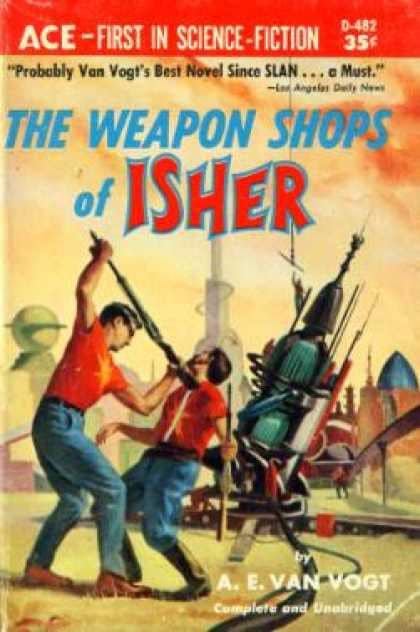 The Weapon Shop was in a glade of green and floral vegetation; it made a restful, idyllic picture between two giant buildings. The great, universal sign of the store told its old, old story to all who cared to see:

The window sign was the same, too, as in all the shops he had seen. The letters were smaller, but the words were just as positive:

The Finest Energy Weapons in the Known Universe 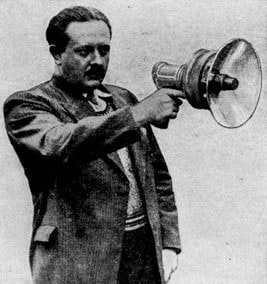 Neelan stood very still, staring at the gleaming display of revolvers and rifles. It wasn’t that there was anything new here. For years he had carried one of those marvelous, defensive guns. The weapon was in place now, fitted snugly in its holster under his left shoulder. Seven times, in the days when he had lived by his remarkable gambling luck, that supergun had flashed its abnormal power.

No, definitely it wasn’t the newness. It was that the very sight of a Weapon Shop always gave him an eerie sensation. It required a distinct mental reaching to realize that every Weapon Shop was an impregnable fort. And that bloodily earnest attempts had been made by the Isher government in long gone years to smash the entire organization.