What's Better than a Laser Sight? A Three-Laser Sight!

Decisions, decisions.  Saturday we found out about LaserLyte’s latest, and perhaps greatest gun accessory for the mall ninja multi-platform combat master, the Mini Bayo.  But even the greatest warriors might have to ditch their pistol bayonets for one of these. 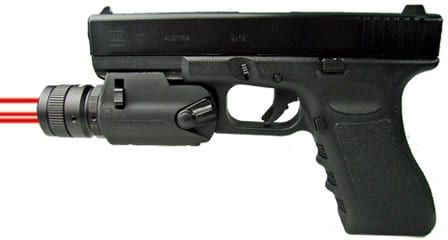 The BEAMSHOT (that’s how they write it, BEAMSHOT) BS8200S Tri Beam Laser Sight.  Sure, BS8200S isn’t an awe inspiring moniker, hell, it has BS in the name, but did you miss the part with “Tri Beam Laser” in it?  It is exactly what you think it is.  A triple laser pistol sight.  BEHOLD!  (See, we have a capslock key, too.) 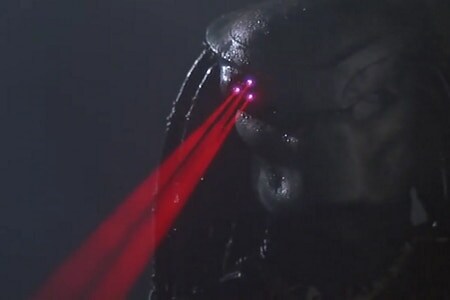 Seriously, though, tacticoolness aside, this is actually pretty clever.  Laser pointers have scaled down in size and up in brightness and power efficiency several times over in the past twenty or so years of their existence on small arms, but to-date nobody’s really done much to modify them at a more fundamental level. 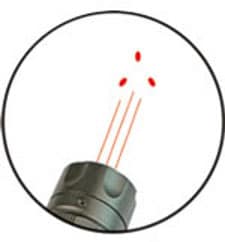 Yes, there are the very bright green lasers, and lasers with lights and all that, but seeing how this is America, we’re a little ashamed that it took ’til 2011 to invent the multi-laser, especially since it’s been in science fiction now for years…

Well, enough of that, anyway.  Weapon lights and lasers have proven themselves to be useful in small arms combat and self-defense, and once you get over the novelty of a triple laser, it actually seems like a pretty good idea.  Throw more light onto your target, spot and acquire them more quickly.  Don’t think of it as three separate lasers, think of it more as just one really bright red laser, since honestly, that’s how your brain’s going to deal with it. 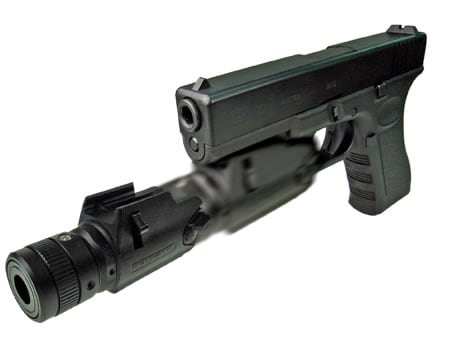 If Beamshot, er, BEAMSHOT’s BS8200S actually turns out to be a sturdy sight that maintains its zero, delivers on its advertised 12 hours of battery life, and in general holds its own, then hell yes it’s a good idea and nobody should be ashamed to glom one of these on onto his or her pistol (for $150). 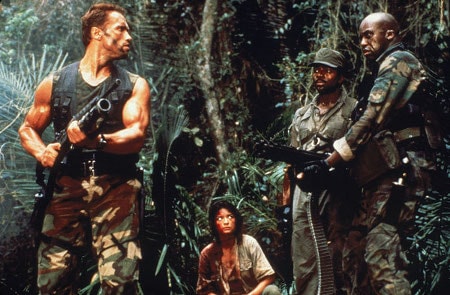 Besides, there’s always the chance that it works as a deterrent on people who think that the Predator was a documentary…