Answering the Squeal: Getting Involved in America's Great Hog Hunt

Stories of wild-eyed, loud squealing, hard charging monster boars made the hair on my neck stand up as the campfire crackled on an island in the middle of the Mississippi River. The old drunks telling the stories looked as grizzled as a crazed wild boar themselves. As a ten year old I came across these hunters who all seemed intent on on telling me about monsters in the thick stuff, indiscriminately eating anything and everything they could lay a snout on.  Back then, my only question involved the population of pigs on the island where we had pitched camp. If we only knew. 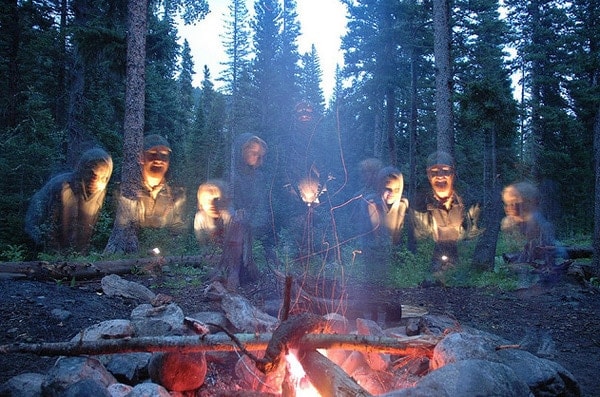 Pig hunting has reached frenzied level across the United States as feral swine populations have exploded in the last two decades. There is even an outdoor TV show dedicated to the wild hog – Pigman: The Series. Thousands of thrill seeking hunters have joined the ranks of other pig chasers who, too, have heard their share of stories of hair-raising encounters with wild tuskers.

There are actually three types of wild pigs in the United States. Feral hogs are pigs that have escaped from farms and become wild, fending for themselves. Then there are the Eurasian Wild Boars and hybrids. The hybrids are a cross between the feral hogs and Russian Wild Boars. 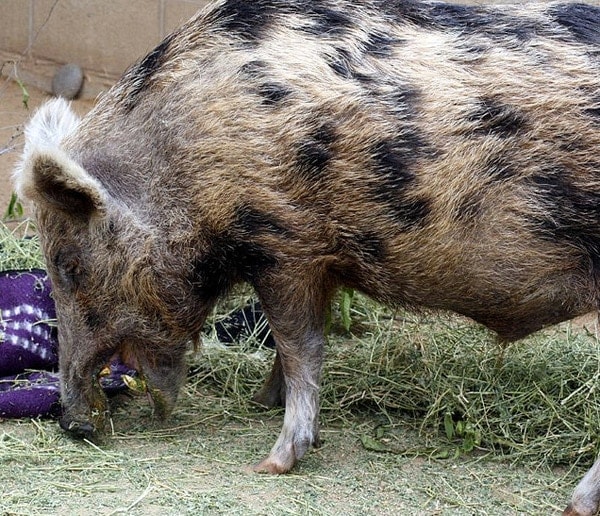 Wild pigs, or feral hogs, first became established in North America when Hernando de Soto and his settlers brought domestic pigs to Florida in 1539. The European Wild Boar was introduced to a 20,000 acre enclosure in New Hampshire in the late 1800’s by Austin Corbin. Further releases were later made in Missouri, North Carolina, Arkansas and Tennessee. 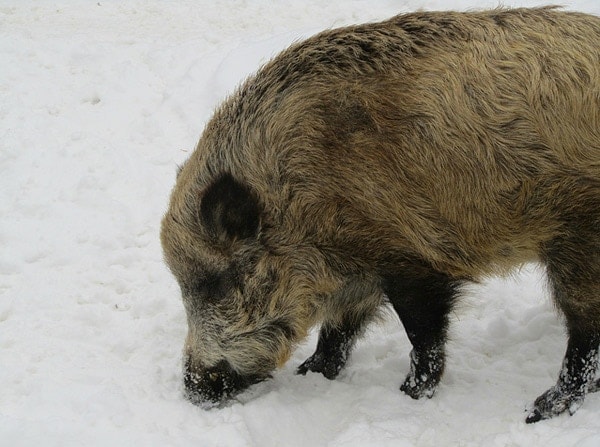 Estimates by the Department of Agriculture in 2006 put the wild pig population at 4 million in 39 states and four Canadian Provinces. Over 2,000,000 of the pigs reside in Texas.

Pigs are destructive and have always been despised by farmers and ranchers. Now golf course managers and homeowners are on that list as well as pig populations erupted in residential areas. Wild hogs are estimated to do over $50 million dollars worth of property damage each year while Landowners spend another $410 million each year trying to control pesky pigs. 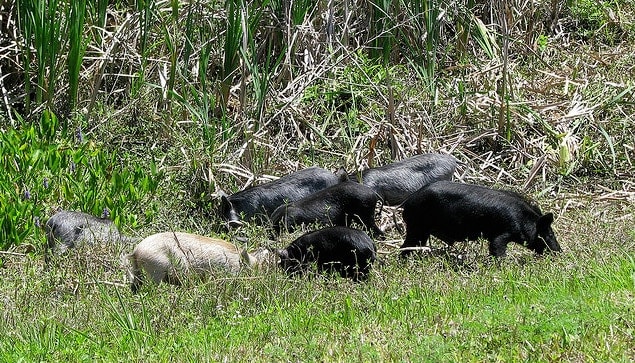 In fact, wild, feral hogs have become such a widespread nuisance that there is a virtual war going on to eradicate the pests in many areas of the United States. Studies have indicated that 80% of a population must be removed to keep a population from growing. That is an enormous task considering the fact that a pig reaches sexually maturity in about 8 months. Prolific breeders, they are capable of producing up to 1,000 offspring in 5 years and, with a number like that staring you in the face, I don’t have to tell to you that man is not winning this fight.

No single method seems to work when trying to reduce hog populations.  Stalk or stand hunting and opportunistic shooting are cheap and encouraged methods of culling pigs, and have brought many hunters into the sport of pig hunting though fail miserably when you talk about reducing the overall hog count. Other methods include: trapping, hunting with dogs, hunting over bait, hunting at night and the use of advanced control methods. Advanced methods are normally utilized by state and federal agencies and include use of: thermal imagery, helicopters and radio telemetry equipment. All of these other methods are very costly. 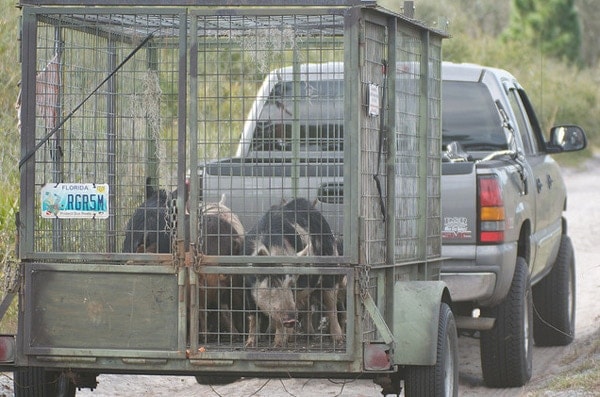 Trapping has proven to be the most cost effective means of large-scale hog removal. Experienced hog trappers employ the use of motion activated trail cameras to help them quickly locate the whereabouts of hogs.

But you can put the hog doomsday scenario out of your mind for the time being because the bottom line is that feral hogs are well established in much of the U.S. and represent a large, highly hunt-able population of animals and by doing a little bit of research any interested hunter can easily take advantage of this booming hunting opportunity. 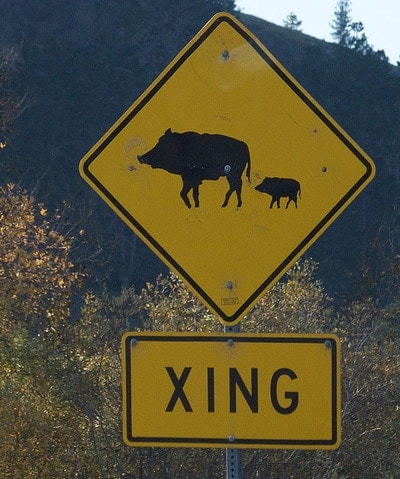 The easy approach is to Google “wild hogs” in your state, or states closest to you with known hog populations. Believe it or not, because hogs are so pervasive this is almost guaranteed to lead you to porkers.  My home state of Missouri has dozens of posts, mostly by the Missouri Department of Conservation, about the hog problem that exists here. Lots of information is available about location of herds, how to hunt them and any applicable regulations. Our department of conservation wants hogs shot on sight and other states are quickly adapting similar regulations, but be sure to check current regulations in the state where you plan to hunt hogs.

Equipment to hunt hogs is rather simple. Most deer hunters use their favorite deer rifle or handgun. However, do not underestimate wild hogs: they are a tough beast to say the least. 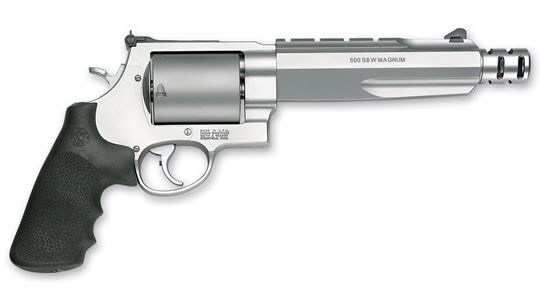 Many calibers will work on hogs, if the correct bullet weight is utilized. However, shot angles can vary greatly in the heat of a chase, often presenting a puzzle in and of itself. You want to make absolutely sure that your bullet can puncture heavy skin (the shield over the shoulders can be up to 3-inches thick) and bone. The best shot is to the neck. A good shot between the shoulders and the head usually puts a hog down for good. 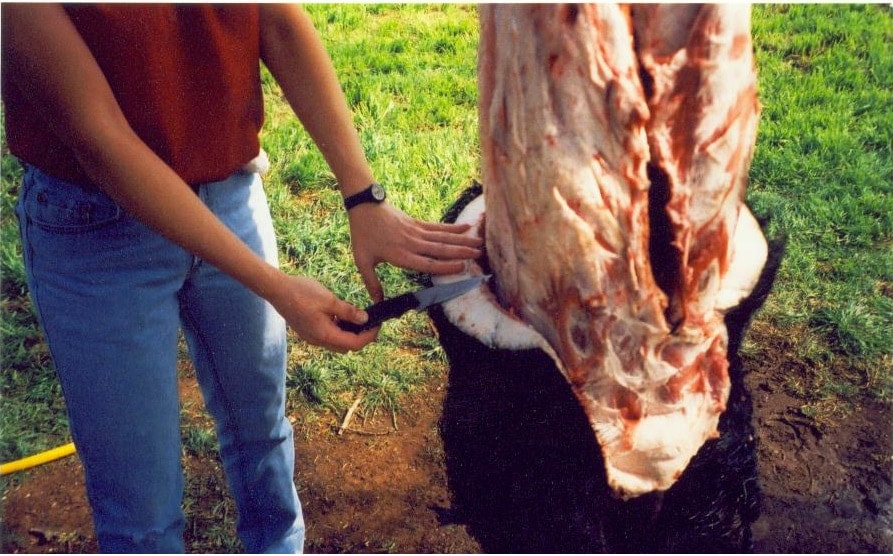 First time hog hunters would be wise to make their first trip with an experienced hog hunter. Just like any other type of hunting, hogs have their own set of rules about trying to survive. They have keen senses of smell and hearing. Their eyesight is poor, but the other senses more than make up for it. Pigs’ sense of smell is as finely tuned as that of a whitetail deer. Hunting hogs can quickly become frustrating. Learning the finer elements of how to go about hunting these highly intelligent creatures is every bit as demanding as the techniques of hunting big bucks. 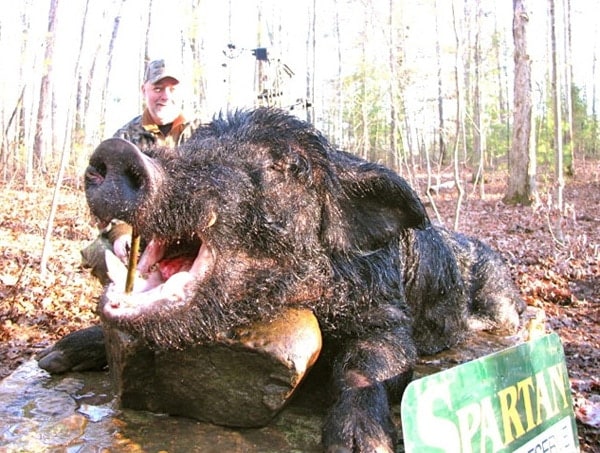 Hogs are a problem. Hunters can help. Not only are the animals destructive because of their rooting habits, they compete with native wildlife for valuable food sources, especially mast crops. Also wild hogs carry a wide variety of diseases, some of which may be transmitted to humans. However, they are excellent table fare, just make sure the meat is taken care of properly and is thoroughly cooked. 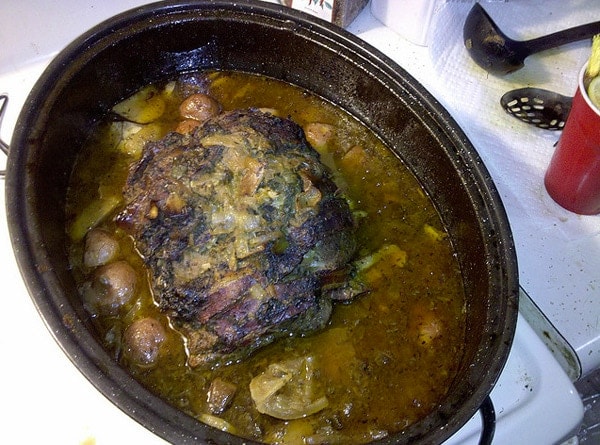 I encountered my first wild hog in south Texas. My 10-year-old son and I had not been sitting on a deer stand 30 minutes when doves began to flitter out of the brush. I knew something was coming. A 350 pound red hog bounded out of the mesquite and immediately began feeding on a patch of oats. I settled the crosshairs of my .30-06 behind its ear and fired. The hog dropped in its tracks. I asked my son to climb down from the stand and poke the pig with his .30-30 to make sure it was dead. The widest eyes on earth spread across his face. He, too, had heard the wild stories of big, bad pigs.

And my Mississippi River island experience? Well, I had wondered into the wrong camp.  I saw the glow of a fire and wandered into the camp of a bunch of old drunks bent on scaring the daylights out of me. An especially gnarly, smelly old guy had just begun a tirade about cutting me up and using me for hog bait when my Dad stepped out of the brush and said, ‘Ol man, you don’t have to worry about a pig eatin’ you. I could smell ya for a mile!”