Warning: Not Safe for Purists, or Why America Loves the AR Platform (Video)

There is no doubt in anyone’s mind that Americans, as a whole, prefer the AR-15 rifle platform; it is our favorite.  Yes, we have a significant population that prefers the AK platform, and now the Saiga—the closest thing to an AR an AK will ever get—and then there are SIG fans, FN fans, H&K fans… but the AR guys outnumber them all put together.

And that guys is the epitome of why.  It doesn’t take a whole lot to understand that ARs are popular because they’re personal.  Each one is a unique and precious snowflake (that you can pay off with your eight-year plan) and, unlike so many other rifles out there, just plain look good all prickly with Picatinny rails. 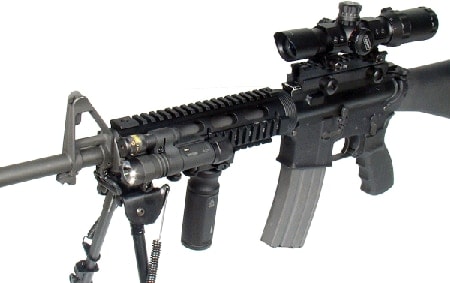 It’s a matter of fantasy meeting reality.  Some people may have realistic fantasies: iron sights, M16 furniture, and ammo.  Others, with the time, money, and lack of spouses to say otherwise, have full-on night vision optics and laser rangefinders and presumably a lot less range time under their collective belts than the former. 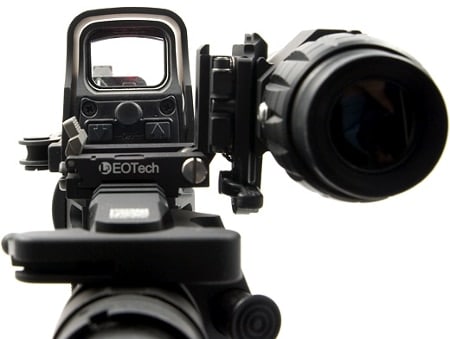 We do love all battle rifles at Guns.com, and appreciate the simplicity and durability of other rifles; how can you not want an AK?  But the amount of fantasy, of customization, is limited.  And that’s saying something because compared to an H&K 93, an AK looks like a damn AR with its options. 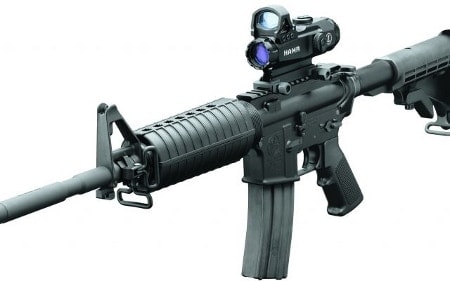 Sure, that video’s fake.  But the guy gets it.  There’s a little tacticool inside all of us, if there wasn’t, why did you just cringe when he ran off at the mouth about how awesome his rainbow EIEIOTech was?  Admit it: there’s something on that rifle you want… Because the AR is Lego for grown-ups.