Mark Knapp, master custom knife designer, has been working on this project to create a survival knife that capitalizes on celebrates the Year of the 1911 for over two years now, and his halo piece is pretty damn gorgeous. 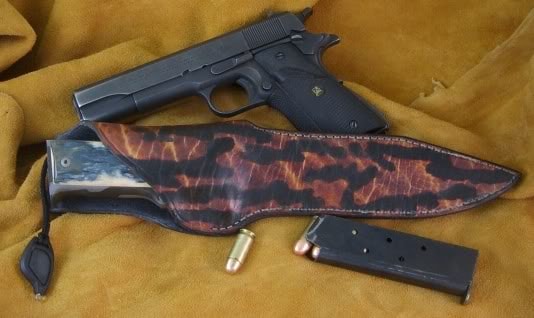 What you see isn’t all what you get, though.  The magazine catch is functional, and the magazine is loaded with an entire tiny survival kit, including but not limited to: 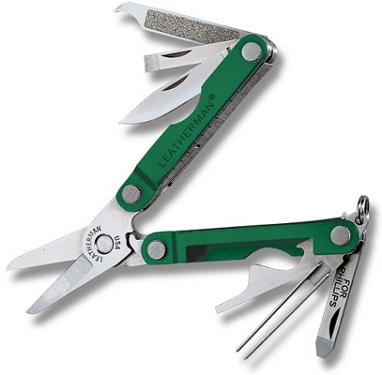 Another knife (actually a Leatherman Micra, which everyone should own already)
A magnesium and flint fire starter
A needle for sewing
A length of synthetic sinew
Fish hooks
A diamond knife sharpener
An LED flashlight
And a single .45 ACP cartridge, which really sorta paints a dour picture of this otherwise lovely bowie. 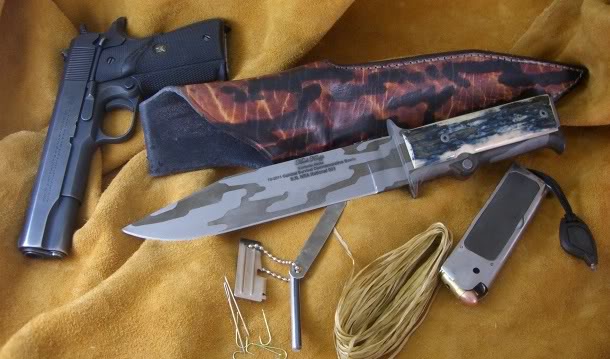 The blade is 8 inches long, 1-1/2 inches wide, and 3/16 inches thick, and is made of *cough*-hardened steel.  The overall length of the knife is 13 inches, and the grip is made from *cough*-forged *cough* and features synthetic blue ivory grips that are, of course, interchangeable with something less flashy. 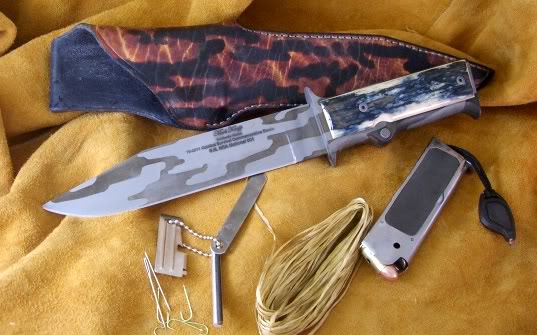 We know what you’re thinking.  You’re thinking, “Sure, a little survival kit in the shape of a 1911 magazine is cool, but shouldn’t that knife have a full-length tang if anyone would really consider using it as a real backwoods knife?” 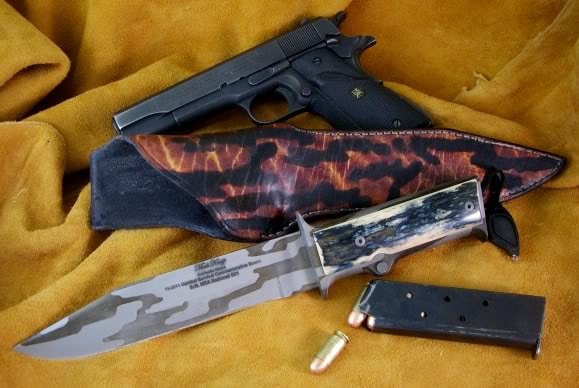 And you’re right, with so little tang, that knife is destined to break.  But it’s also just for show.  That knife, and the other 9 similar to it, are being donated to the NRA for auction. 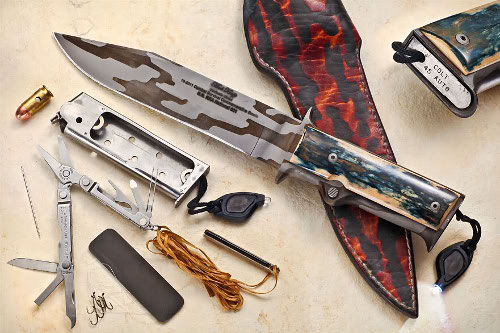 Don’t let your hopes down just yet, as Knapp is working on a line of fieldworthy bowies that should see the light of day before the end of this year, the Year of the 1911.  No word on pricing or features, but we’ll keep our ear to the ground.