Do As I Say and Not as I Did: Plaxico Burress to Work with Brady Campaign

Plaxico Burress had it all: a family; a Super Bowl ring; millions of dollars; and elite receiving statistics including 7,845 receiving yards, 505 receptions and 55 touchdowns. Like many pro athletes, Burress was living the dream, until he shot himself in the foot – literally. 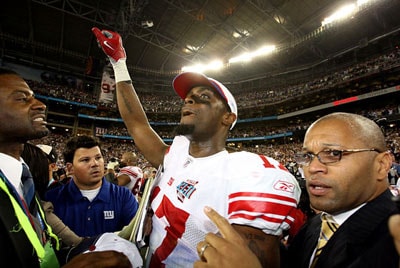 On November 28, 2008, Burress illegally carried a glock pistol into a New York City nightclub. According to Burress, the gun – which had initially been tucked into the waistband of his sweatpants – became dislodged and began to slide down his leg. When he reached for it, the Glock pistol discharged into Burress’s thigh. He was taken to hospital immediately and released the following day. However, Burress’s PR nightmare had only just begun.

After failing to reach a sentencing agreement prosecutors, Burress was indicted on two counts of criminal possession of a weapon in the second degree, and another count of reckless endangerment in the second degree; both indictments were felonies. A plea deal was later reached that placed Burress in prison for two years, with an additional two years of supervised release. 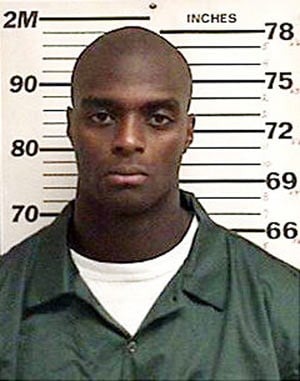 Plaxico Burress was recently released from prison on June 6, and has lost no time in aligning himself with non-profit groups in an attempt to move forward. Although Burress’s desire to clean up his image is unsurprising, his decision to work with the Brady Campaign to Prevent Gun Violence has left many scratching their heads.

Monday, Burress announced a partnership with both the Brady Campaign and the Urban League, an alliance through which he will volunteer with youth advise young people of the dangers of firearms. Burress told the AP, “My voice here today is that they [guns] don’t help anybody.” 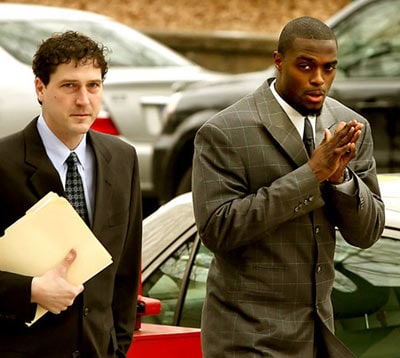 In his own case, Burress is certainly right. Following his self-inflicted shooting, police found a number of unregistered guns and ammunition in his New Jersey home, evidence that eventually contributed to the criminal case against the football star.

Said Burress, “If you’re going to carry a weapon, make sure you’ve done everything properly…that you’re obeying all the laws or the rules of that state, and you know fully how to operate the weapon if you choose to carry one.” Burress, who turns 34 in August, has stated that he intends to again play football in the NFL.