Ruger hasn’t taken a break all year, and this latest addition to their catalog isn’t want for class.  It’s very simple: a ten-shot single-action cowboy revolver chambered in .22 Long Rifle. 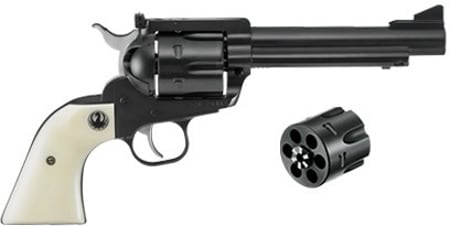 Looking into the wayback machine we see a handful of particularly interesting new Rugers, most recently their Flattop .45 convertible, capable of chambering both .45 ACP and .45 Long Colt.

In the rifle world they decided to tap the mainstream market with their economy AR, the Ruger SR-556, which really is a bargain when you look at its features and realize that it’s cheap for being a heavy.  Also, it’s literally heavy, which means it’s expensive. 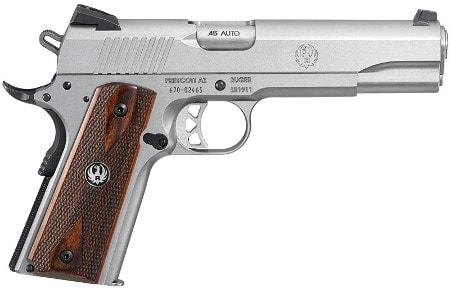 And then of course, this being the Year of the 1911, Ruger made one of this year’s first and still-great new 1911s, the SR1911, with a classic profile and a handful of modern, some would say necessary, enhancements, priced to go.

So now they’re throwing down with a plinker.  Sure, Ruger already makes a fine plinker, their Ruger Convertible, a 6-shot single-action revolver with both .22 LR and .22 WMR cylinders, but most would agree that the three changes to the Single Ten make it a different kind of product for a different section of the market.

First, it’s not convertible.  While none of us doubt the effectiveness of single-action firearms today, if we had to get shot, you know, someone’s holding us at gunpoint, .22 LR is probably the way to go.  In other words, this is firmly a plinker-only pistol.  But that’s fine, since single-action means shocking accuracy. 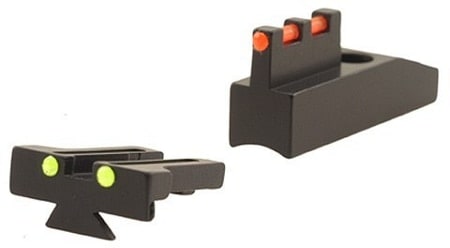 The second change build on that accuracy: better sights.  Sure there are people who swear by plain black partridge sights, but there are also people who don’t believe man has been to the moon.  There are better options, and the Single Ten goes with one of the best for target shooting, fiber optic Williams Fire Sights. And since this gun isn’t convertible, Ruger thinned the chamber walls a tad and increased its capacity to ten.  Which you probably figured out.  Because it’s in the name.  Anyhow, it’s not quite in stores just yet, but with an MSRP of $620, we’re fairly positive you’ll see them for $500 or less in the real world.  Being a silhouette never looked so doomed.