Gunfights are really little more than duels, whether over a perceived grievance, over the contents of a wallet, etc. and few duels were as recognized as the one between Aaron Burr and Alexander Hamilton.

The bad blood between the two men started in 1791 when Burr and Hamilton’s father in law ran for the same senate seat. Burr won the seat but the feud continued to grow. 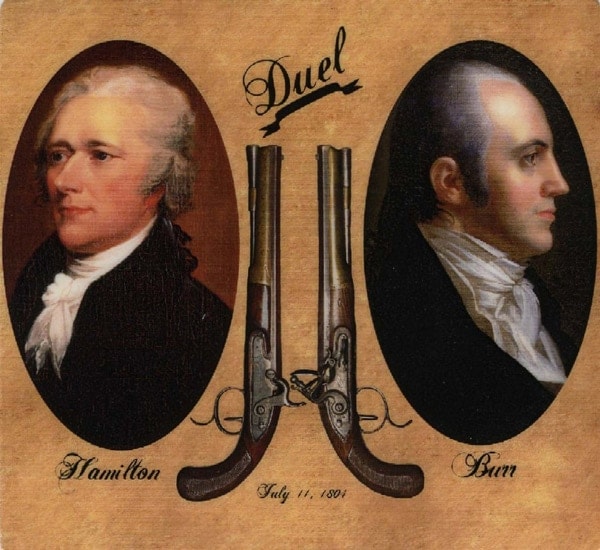 In the Presidential Election of 1800 which in those days was different because the electors determined who became President and Vice-President, Aaron Burr who was running for President and Thomas Jefferson who sought the Vice-Presidency were tied in their numbers of votes received. The House of Representatives decided the outcome and after some hard campaigning by Alexander Hamilton, Burr became Vice-President.

Burr was incensed but Hamilton was not through with Burr. In 1804 Burr campaigned to be the Governor of New York and Hamilton supported his opponent Morgan Lewis, giving Lewis the victory. The last straw was when Hamilton openly criticized Burr at a dinner party. Enough was enough and Burr challenged Alexander Hamilton to a duel. 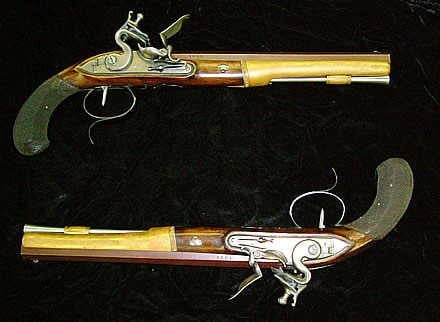 On July 11, 1804 the duel took place at Weehawken, New Jersey. There has always been some controversy over the specifics, but what is known is that Hamilton brought the two pistols and it is believed that he set his own trigger very light, perhaps a pound or less where as Burr had no idea the trigger could be adjusted and left his at ten pounds.

When the time came Hamilton’s gun went off, perhaps to quickly and the shot missed Burr. Burr however fired and the ball struck Hamilton in the abdomen piercing his liver and spine. Hamilton was taken to Manhattan where he died the following day. Burr was charged with murder and fled the state, his political career as dead as Alexander Hamilton. 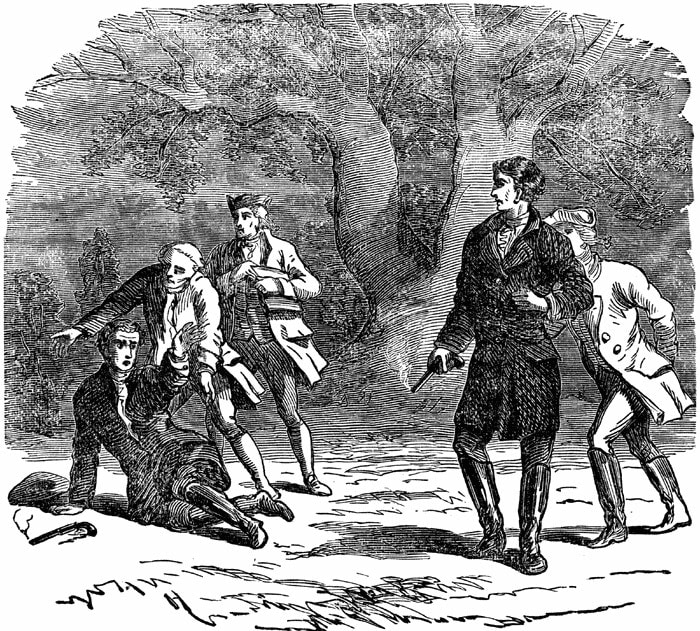 Burr led a hard life having to flee America after his trial for treason in 1807 for trying to start a war between Mexico and Spain, and a few years later was likewise ordered off European soil. He died in 1836 in Princeton, New Jersey.

Well over a hundred years later it was another federal government official that was involved in a gunfight. Wiley Lynn was a corrupt Federal Prohibition Officer who in Cromwell, Oklahoma in 1924 realized that he could make more money from illegal alcohol than from his paycheck from Uncle Sam. However Cromwell soon found itself under the protection of one of the west’s greatest lawmen, Bill Tilghman. Tilghman was hired by the city fathers of Cromwell to clean up what had become a cesspool of illegal drugs, booze, and prostitution with Wiley Lynn profiting from it all. On November 1, 1924 Lynn was good and liquored up when Tilghman took away his pistol. Only what Tilghman didn’t notice was that the crooked agent had a back up piece that he pulled and shot the old lawman with twice. Tilghman later died and Lynn was acquitted of the murder charges. 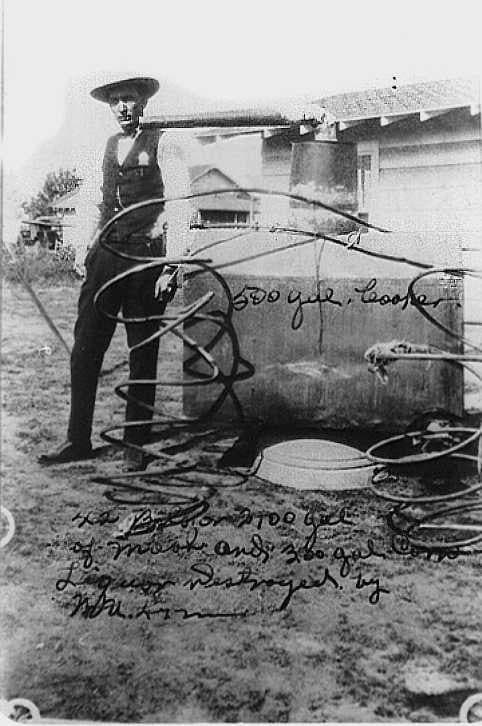 Lynn drifted around for the next few years having lost his job working for the US government.  By 1932 he was in Madill, Oklahoma. Lynn clashed on several occasions with Crockett Long who not only worked for the Oklahoma Bureau of Investigations but had been a close friend of Bill Tilghman. Lynn blamed Long for not being able to get a job with the Bureau. With all of the bad blood between the two a confrontation was inevitable. 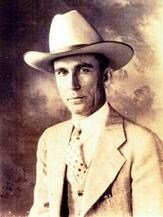 On July 17, 1932 that’s just what happened when Wiley Lynn came to town drunk and stumbled into the Corner Drug Store. Crockett Long was also in the store at the time. Lynn pulled his .38 pistol and told Long in some very colorful language to put up his hands. Long had not heard what Lynn said but he did notice that people were running out of the store in all directions.

Long drew his Smith & Wesson .44 Special revolver and both men cut loose on one another at the same time. Lynn hit Crockett Long with four slugs and Crockett’s .44 Special gave as good as he got putting four bullets into Wiley Lynn, two in his chest, one in his stomach, and another into his arm. Long lay mortally wounded on the floor of the drug store dropping where he stood while Lynn was able to walk out and staggered across the street to a service station before he collapsed. Long lasted only about another hour while Lynn managed to hang on for another day before his wounds got the best of him. 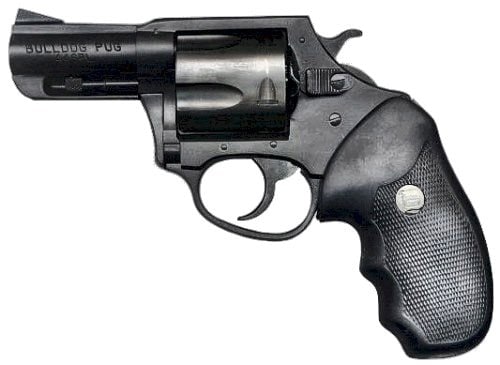 Witnesses stated that the big .44 slugs from Crockett Long’s Smith & Wesson seemed to have no effect at all on Lynn during the shooting. Tighlman’s death was avenged, but it cost a good lawman his life.