Arms of the Libyan Resistance, Part I (Video)

A Libyan resistance fighter, relaxing on a truck outfitted with a UB-32, loaded with S-5 rockets, having a smoke.

On the 15th of February of this year, the protests against the Libyan government ended, and civil war broke out.  From 1969 until ostensibly now, Muammar Gaddafi has been the dictatorial ruler of Libya since the overthrow of King Idris I. 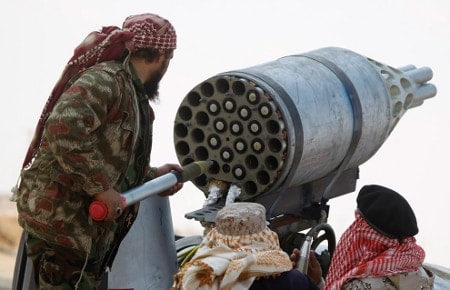 At the time a junior military officer, Gaddafi led a coup on Idris with the help of the British military, and with an American nod, became the leader of the Libyan Arab Republic in thanks to his anti-Soviet position and role in overthrowing the monarchy. 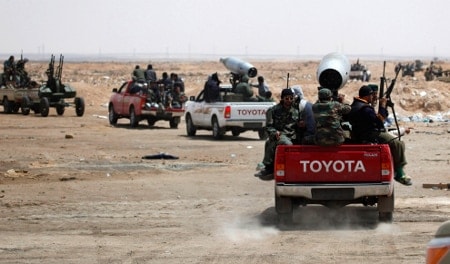 Under his rule, many of the decentralized economies of Libya collapsed, as Gaddafi socialized the country and turned its production from its agrarian roots towards the production of mineral resources, which made not only Gaddafi rich, but the citizens of Libya as well, relative to other Africans. Still, the unemployment in Libya has always been high, with one in five Libyans out of work (most of the current rebels come from this minority) as non-oil and non-military jobs were pushed aside. 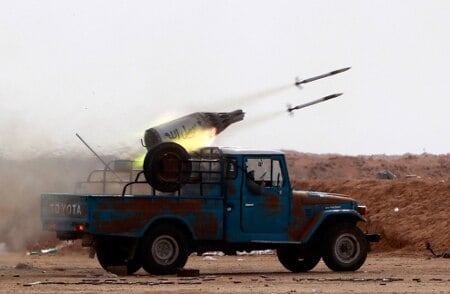 The mineral wealth of Libya was directed by Gaddafi into weapons.  Gaddafi always put his military first, but was never content with conventional weapons.  Since the early ’70s, he has worked on many weapons-of-mass-destruction programs, and has gone so far as to try and purchase nuclear weapons from China, Pakistan, and India. 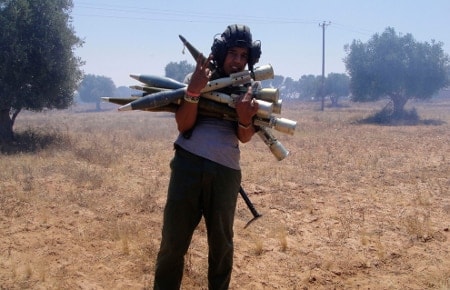 While not successful in acquiring a bomb, Libya has purchased nuclear materials for energy purposes.  Gaddafi also amassed tons of mustard gas and has built the facilities for maintaining nerve gas weapons. 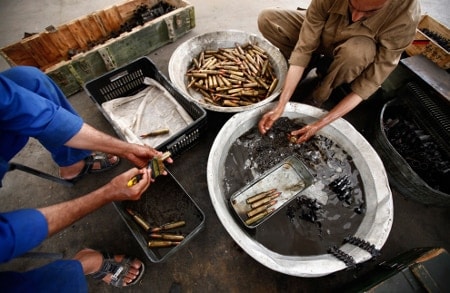 Libya has been a zero-party system throughout Gaddafi’s rule, as all forms of political speech and assembly are illegal, and is punished by public execution.  Estimates put the number of informants as high as 20% of the population, and freedom of speech is essentially non-existent.  Gaddafi has assassinated and attempted to assassinate critics around the world, as far away as a graduate student of Colorado State University. 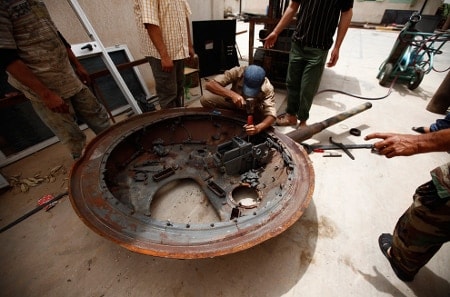 Tomorrow we’ll get into the details of the agents, priorities, and weapons of the Libyan rebels and military.  For more photos of the rebels, check out The Atlantic’s spread, and if you liked that, here’s a short interview with a rebel.  And if you ever thought you couldn’t mount a tank turret to a pickup, watch this: