Buy an ArmaLite AR, Get a Toaster

ArmaLite, the company that put the AR in AR-15, is reaching out to all audiences with their current promotion, Buy an AR, Get a Toaster.  Who doesn’t want toast?  Even people who are alergic to gluten want toast, they just get all stop-breath-y if they have any.

Not that you’re limited to sticking bread into toasters, either.  You can stick anything into your toaster that you want, you know?  So long as it don’t drip, that’s a deal-breaker.  The point is, buy an AR from ArmaLite, get a damn toaster. Specifically, buy an AR rifle, they don’t want you buying one of their fugly CZ clones just to get a toaster.

Actually, we retract our indemnification of the AR-24, that’s not fugly, aside from the rear sight area that’s all business, straying not far from CZ’s timelessness, and it’s got factory VZ G10 grips so that’s cool, still, good luck finding some aftermarket sights for that baby, and don’t forget, it doesn’t come with a toaster. 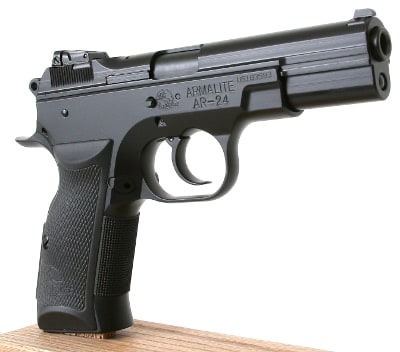 It’s just that promotional toasters conjure images of housefraus and matched sets of children and all the other hallmarks of an era where Nichrome was in short supply because it was literally made a mile under the ocean in case the heat from the forges might escape and there were fears that it would trigger a nukular reaction that would burn off the atmosphere, kidding, actually it’s because production was so expensive many people couldn’t afford toasters and would happily buy a car if it came with one, cars costing less than kitchen appliances then, and gasoline was so cheap that big oil actually paid you to take it off their hands… 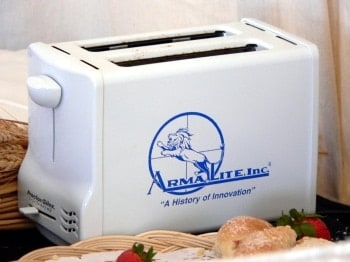 Ah, nostalgia, what else could make what by all accounts was a horrible stretch in U.S. history look so damn lovely?

An AR rifle, that’s what!  With an AR in your hands and a toaster at your side, you can tell history what it was like all day long.  Because you’ll have all the warm bread snacks to keep you going and an original ArmaLite to point you the way.  All you’ll have to do is come up with quips: “History, you’re toast.”  “I’ve eaten toaster pastries tougher than you!”  “Pop this, tart.” 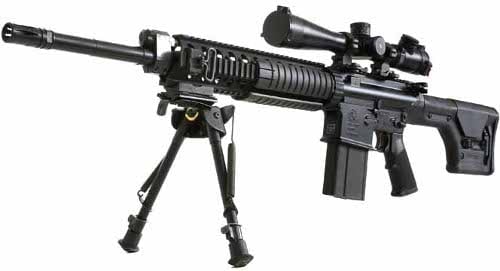 The only decision is what caliber rifle do you want with your toaster?  ‘Cause they make practically everything.  Seriously, how ’bout a .243 Winchester?  What we really need around here are more quips…