California law enforcement agents have seized 1,200 guns from individuals who authorities say cannot legally own them. The program was part of a sweep led by the state Department of Justice during April and May in which databases were used to identify individuals prohibited from gun ownership as a result of mental illness or restraining orders. According to reports, the majority of these individuals purchased the guns legally. 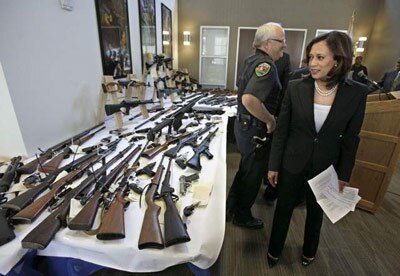 California Attorney General Kamala Harris praised the efforts of law enforcement, but observed that over 34,000 handguns and almost 1,600 assault weapons still remain in the possession of those who cannot legally own them. Harris noted that 90 percent of the guns already seized belonged to those prohibited from ownership as a result of mental illness, while 10 percent were seized because of restraining orders. 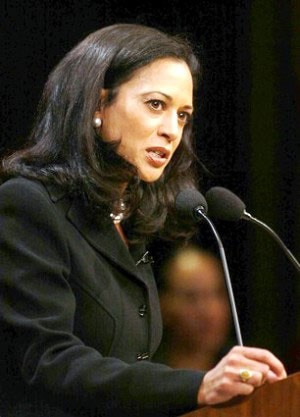 Of these individuals Harris observed, “They were known to be a danger to themselves or society…We obviously have put a dent in that, but there is a lot more work to do.” During a press conference at the California Highway Patrol headquarters in Sacramento, Attorney General Harris took the opportunity to stump for increased sweeps, also rallying public opinion for Senate Bill 819, a measure that would expand funding for the department’s Armed and Prohibited Persons System. This system, now a decade old, cross references five separate databases in an attempt to identify individuals who legally purchased firearms, but who are now prohibited from legal ownership. 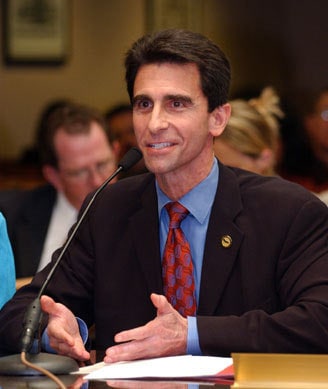 The bill would utilize money from the $25 gun registration fee collected by the state from firearms dealers; a fund set up from these fees currently enjoys a surplus of $5.5 million. The bill, sponsored by Sen. Mark Leno (D-San Francisco), would allow Attorney General Harris to use about $1 million from the registration fee account to hire five new state agents and bolster police training. The bill, already approved by the Senate, will now be mulled in the Assembly Public Safety Committee this week.

Senator Leno noted, “Resources are needed to do this type of work…How many lives are going to be saved?”