First the Judge, Then the Governor, Now the USFA Shot Pistol: A Peacemaker-Styled .410 Revolver

Ok, for starters, we know that the Judge did not come first, so don’t bite our heads off. That honor goes to MIL Inc.’s Thunder 5, a (gasp) 5-shot .410/.45 Long Colt revolver. But despite the rampaging success of, well, it’s successors, the Thunder five went extinct about a decade ago, despite having multiple cartridge sleeves for almost any imaginable defensive round smaller than a .410 shot shell. 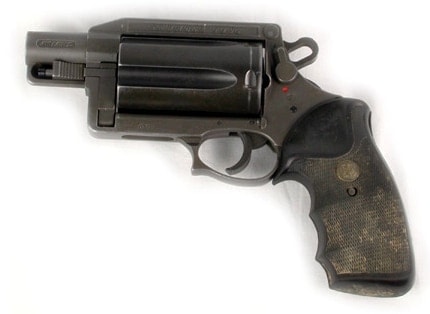 It was under-marketed and well before its time. When Taurus, marketing geniuses that they are (the ingenuity of selling guns for cheap) came out with the Judge, people turned their heads so fast there was a global whooshing sound and the day was lengthened by .001 picoseconds. 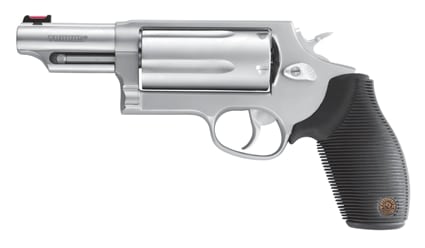 Taurus has sold so damn many of the things Smith & Wesson started making Governors and Winchester capitalized off it all by designing and selling handgun-specific .410 shot shells, PDX-1s. 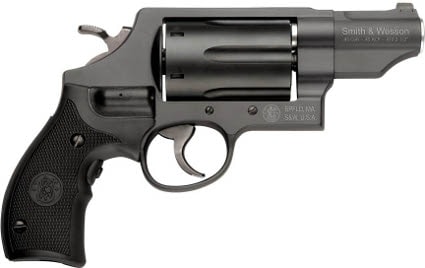 Serious, rather, taciturn gun nuts collectively frowned. They could not see a place where such a handgun would ever be useful beyond shooting snakes, and the herpetologically-inclined threw their hands in the air, shouting that if you could see a snake and shoot it, you had plenty of time to get the fuck away. 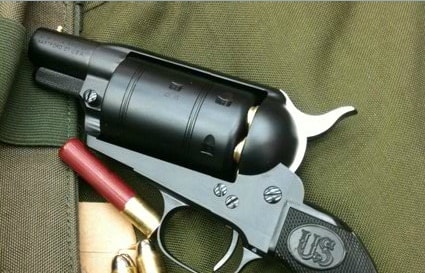 What owners of the Thunder, Judge, and Governor know is something entirely different: .410 may not be great for self defense, that’s what .45 LC is for; .410 in a handgun is just glee and joy. 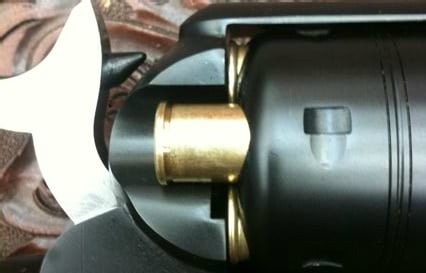 Smith & Wesson might know that or they might not, but that sure hasn’t stopped them from getting on that bandwagon. A premium Judge, what a delightful irony. But USFA of Hartford, Connecticut, saw a gap between the Judges and the Governors: single-action revolvers. All the other .410s are double-action (and the Thunder 5 can be carried cocked and locked, with is just laughtacular). We introduce to you the Shot Pistol. 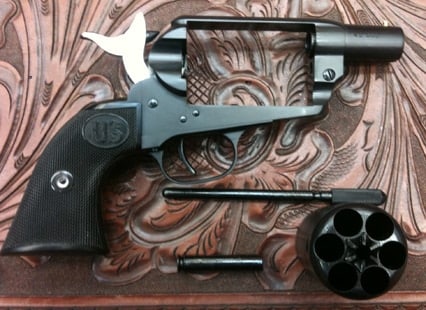 And while .410 revolver haters are going to hate, we think this is a great way for the cowboys, you know who you are, to get in on some of that sweet, sweet shot, all without a twitch in the manual of arms. And the best part is, is that cowboys already have shitloads of .45 Long Colt lying around, so this gun just slides in next to the rest, looking mean and cozy. (Guns can so look mean and cozy.) 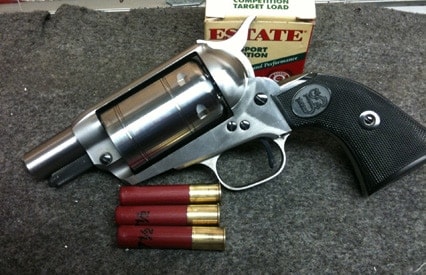 So we applaud USFA. This is one crazy-fun-looking steel-framed six-shot .410/.45 LC single-action revolver. Sexy, too.