What started out not too long ago as a massive surge in firearms sales against doomsday prophecies (increased gun regulation) has been blossoming of late into a new American gun renaissance. 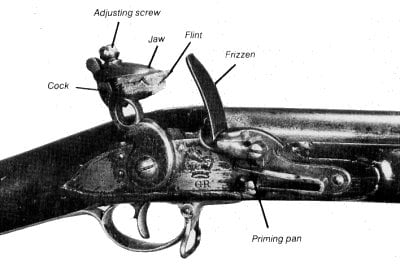 Somewhere after the start where most people stocked up on new high-capacity magazines, acquired fancy new rifles, added to their collection of service pistols, and otherwise spent, spent, spent, something interesting happened: people actually began to take an interest in shooting.

With all these hot new guns, after all, people decided what’s the point of having them if they’re not using them?  Shooting sports, shooting news, and shooting media are springing up all around the country, with teams and clubs and shooting haunts getting more attention paid to them than ever before.

But that interest has spread across all territories of the shooting circuit; while it’s true that black powder hunters, cowboy action shooters, and Civil War fanatics have kept alive the markets for outmoded firearms, there’s been a massive upswing in their recent popularity: because they’re interesting and fun weapons to shoot, guns that are tied up in history and culture. No, black powder never went away but it’s back and cooler than ever.  Traditions, makers of classic and modern black powder firearms alike, has just announced their newest of their 21st century muzzleloaders, the PA Pellet.

It may be a flintlock, but it’s got an alloy frame, ported, 26″ hammer-forged octagonal barrel, Williams Fire Sights fiber-optic sights (what, no night sights?), a removable, low-blowback breach plug (for ease of cleaning), aluminum ramrod with brass jag, and a heat-treated frizzen for the most stubborn of flints.

Like many other Traditions black powder rifles, the PA Pellet is available with hardwood, black synthetic, and cammo stocks, a Cerakote finish, accepts both pellets and loose powder charges, and is chambered in .50 caliber; it’s also the cheapest fifty you’ll ever shoot with an MSRP of $370, and a street price of a cool three bills.

So yeah, if you want to get into some truly renaissance-era (or more recent albeit still black powder eras) shooting without sacrificing the benefits of modern materials, metallurgy, and construction, whether you’re interested in rifles, shotguns, pistols, or revolvers, you definitely need to check out Traditions’ guns.