The world round, there is perhaps no individual figure that screams American louder than the “cowboy” and, for many modern shooters with as interest in Cowboy Action Shooting Competitions and Wild West shows, these exhibitions offer up the chance to see the very real gunplay that kept dudes alive while at the same time scratching the kitsch itch with the jingle jangle of spurs and the crack of a Colt SAA (preferably shot from the hip). But beyond the fun and cartoonish-ness of these events, Guns.com feels there’s a very noble reason we still so deeply identify with these early pioneers, mostly because they’re a link to the truly unimaginable project that was getting this hog called the United States up in the air.

Life in the 1800s was precarious to say the least.  It was a time when the laws of man took their cues from the necessary lawlessness of the pioneer spirit; when the adventurous and the desperate lived a bare-knuckle existence in a land that called no man mister.

When you got sick, you either died or you didn’t.  If you got stuck out in the woods, well, better hope the hoopleheads in town pull there heads out of the bottle long enough to realize you’re MIA. Floods, bears, Natives, thieves, crude and primitive equipment premised as much on quackery as ingenuity—it was a harsh and unpredictable time in the wild west and when the world came knocking all too often it needed to be told to move along at gunpoint.

Which is a long and rickety way of apologizing for a Wild West shootout that took place last weekend in Hill City, South Dakota that succeeded in reenacting the cowboy experience more accurately than anyone would have thought, tagging three audience members with hot flying lead. 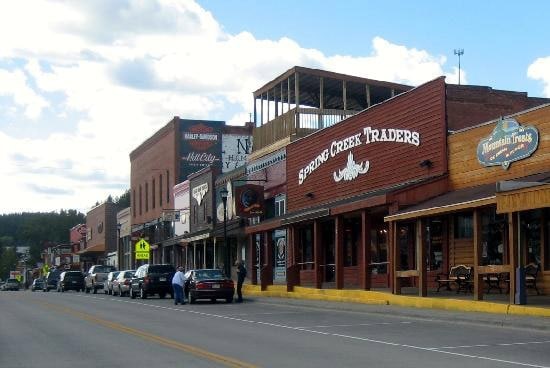 Last Friday evening, three tourists were shot while they were watching a cowboy gun show outside in Hill City, South Dakota (think Deadwood) and, Monday, questions still abound as investigators try to figure out what just what happened. 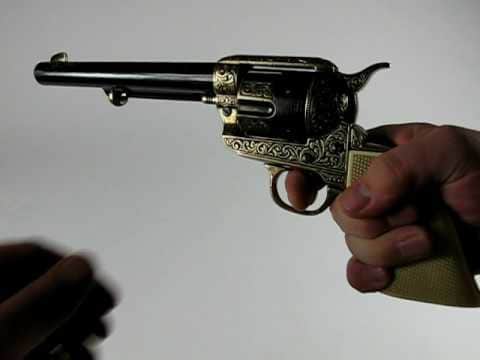 The incident began when, during the finale, which is performed regularly, the actors fired their weapons into the crowd (theatrics aside, Guns.com remembers some sage wisdom about that).  With initial witness reports saying the “shots” all appeared to come form one gun, projectiles hit 48-year-old John Ellis of South Connellsville, Pennsylvania (twice), 52-year-old Jose Pruneda of Alliance, Nebraska and 65-year-old Carrol Knutson of Burchwood, Minnesota.  All of the wounds sustained were not life threatening and Pruneda and Ellis have been discharged while Knutson is listed in fair condition at a hospital in Rapid City. 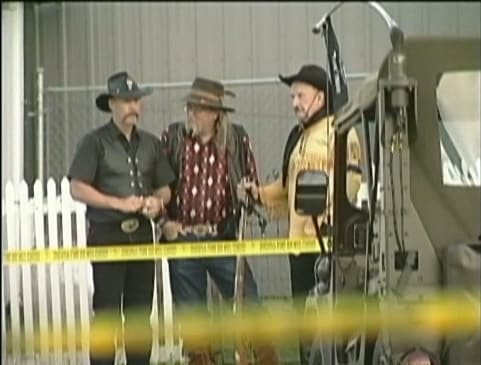 The pistols were supposedly filled with blanks and the show’s actors, following standard safety procedure for these types of events, watched each other load them. That said, investigators report that it is still unclear whether actual bullets were the culprits for the flesh wounds and currently those running the case are looking into the possibility that the gun or cartridge exploded or that the injuries were caused by itinerant wads from the blanks. Pennington County Sheriff’s deputy William Kimball says that right now they are considering the shooting to be accidental. 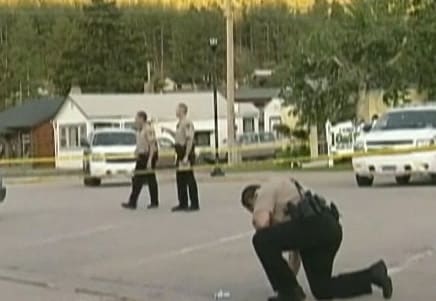 The show’s videographer, Phyllis Masten, who described the event to her ABC local affiliate, posted videos on Youtube of performances of the show from earlier last week, now a touch more of a farcical depiction of the irrational, real life violence that occurred both on June 17, 2011 and June 17, 1877.