Video: Another Narco-Tank Seized in Mexico

The ongoing Mexican drug war is truly earning its stripes as a war full-blown with more and more ad-hoc tanks being found or captured.  With this month’s discovery of an entire tank factory, it’s even hard to call them ad-hoc.  More just unprofessional.  Non-commercial.  Amateurish? 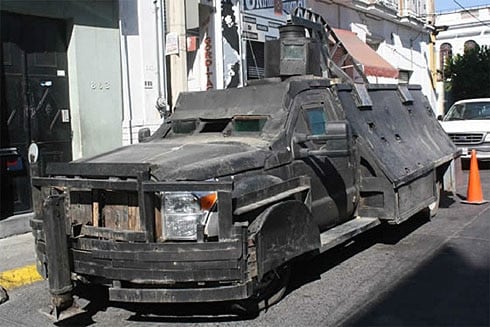 Perhaps not.  This most recent tank, called the 2011 Monster, is believed to have belonged to the Los Zetas drug cartel, and is clearly a prototype.  Fortunately, this tank’s a no-go; the weight has crushed the truck’s suspension and flattened the tires. 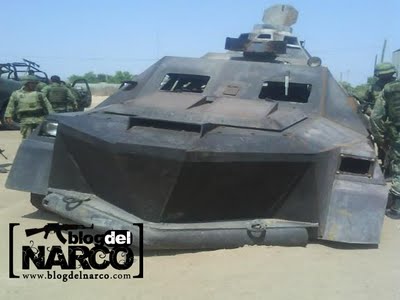 It was found abandoned, without any damage from gunfire; it showed no signs of battle. 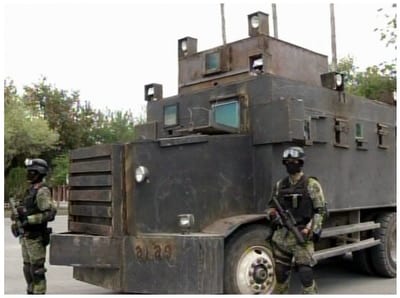 Found in Ciudad Mier, Tamaulipas, this generation of narco-tank uses commercial truck chassis’ that have been completely refitted with an armor body, as opposed to earlier narco-tanks which were simply armored trucks with balistraria for shooting through; drug cartels are clearly pushing forward with more durable, purpose-built designs. 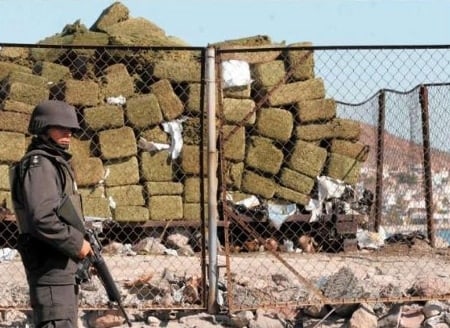 Their determination and skill with welding tools is hard to doubt.  After all, these are the same cartels who have made drug submarines capable of trans-Atlantic hauls. 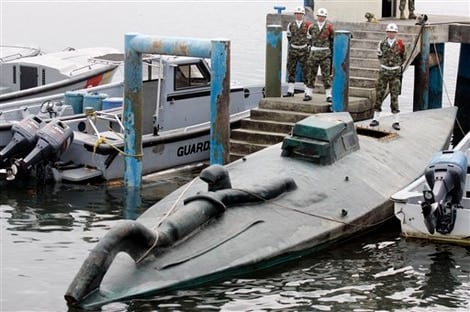 While most narco-tanks use gun-slits for as many as twelve shooters, a handful of them have been outfitted with machinegun and even heavy gun turrets, not unlike the Libyan rebels’ trucks, just with more armor.

Tamaulipas is the narco-tank center of Mexico, with the highest recorded number of such found and captured vehicles, currently in the twenties.

At this point, the local good guys, both the military and the police, are saying that the drug cartels are better armed, better armored, and in general better equipped and experienced than they are.  And just thinking about a bulletproof F 150 with a dozen professional armed killers inside it makes us pretty sure the police are telling the truth. 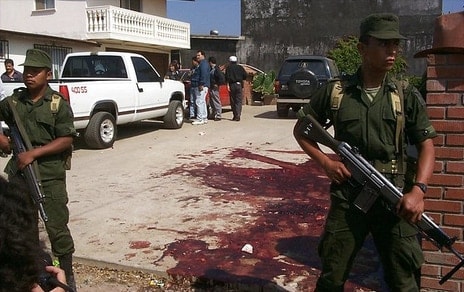