Gunfight at the Blair House: The Failed Assassination of President Truman

In the days since this country formed a government there have been four Presidential assassinations, but what most people don’t often know is the number of attempts that have been made on the lives of the Commander in Chief since George Washington was first elected. 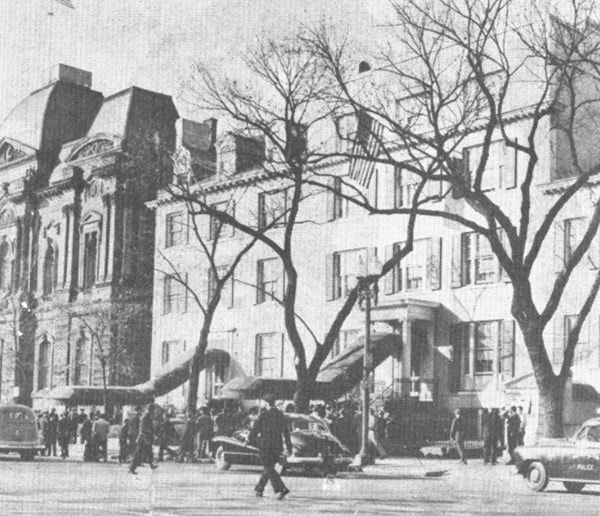 One such attempt occurred on November 1, 1950 at the Blair House, the temporary residence of President Truman while parts of the White House were being remodeled. While the President is taking a nap shortly after two in the afternoon, two men snuck onto the property and quickly went their separate ways. 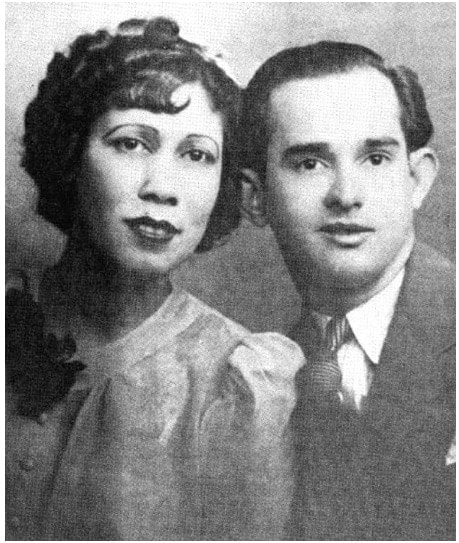 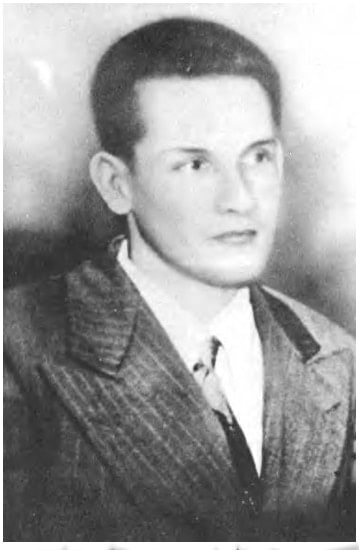 The two men, Oscar Collazo and Griselio Torresola were Puerto Rican Nationalists, angry over what they see as the oppressive treatment of their homeland by the United States and represent a group determined to make Puerto Rico a separate country. So to achieve this, the two decide the best course of action is to assassinate President Harry S. Truman. 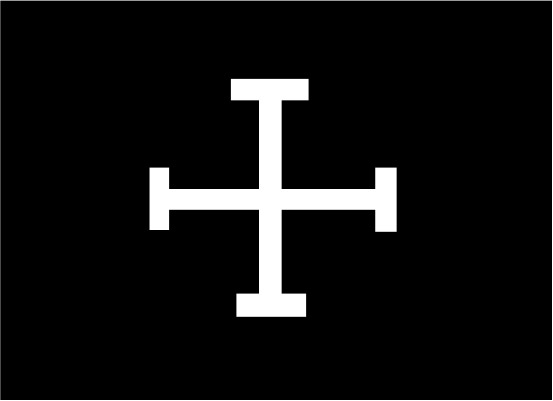 Now well within the confines of the estate, Collazo snuck up behind Capitol Police Officer Donald Birdzell at the steps of the Blair House and produced a Walther P-38.

Collazo pulled the trigger but instead of a bang he heard a click; he had forgotten to cock the hammer. As Birdzell turned faced Collazo he finally got his gun to work and shot the officer in the right knee. Birdzell hit the ground just as Secret Service Agent Floyd Boring and White House Police officer Joseph Davidson heard the shot and came running. They drew their .38 service revolvers and opened up on Collazo who quickly found himself in more trouble than he bargained for as the wounded Birdzell also began firing with his .38 Colt Official Police. Collazo panicked at his now three-to-one odds and began firing wildly at the officers. 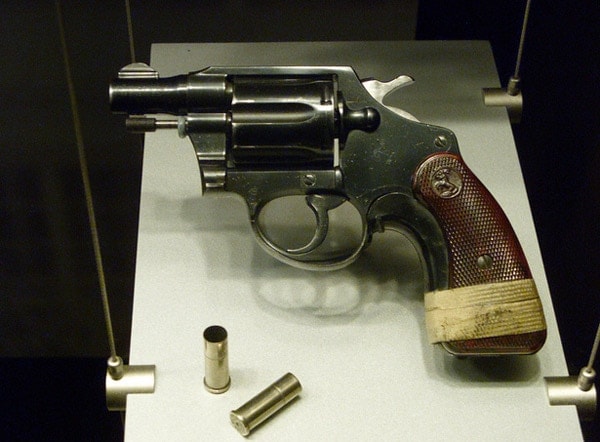 Boring, who recently had fired a perfect score at his qualification, put a 158 grain lead round nose into Collazo’s head that tore away a large piece of flesh but didn’t penetrate the skull. Another round struck Collazo’s chest but, still in the fight, he reloaded his now empty Walther. 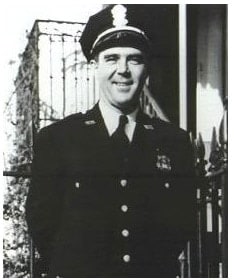 At the same time Torresola walked up to a guard shack where White House Police Officer Leslie Coffelt was seated. Torresola drew his Luger 9mm before Coffelt could get to his Colt .38. The officer was struck by three 9mm slugs in his chest and stomach and one through his coat sleeve. White House Police Officer Joseph Downs, who had just left Coffelt, heard the shots but caught lead in the hip (courtesy of Torresola’s 9mm) before he can get to his own gun. Downs staggered to Blair House but was hit in the neck and back by two more 9mm slugs before ultimately managing to get inside and shut the door. Torresola now joined in the fight with Collazo. 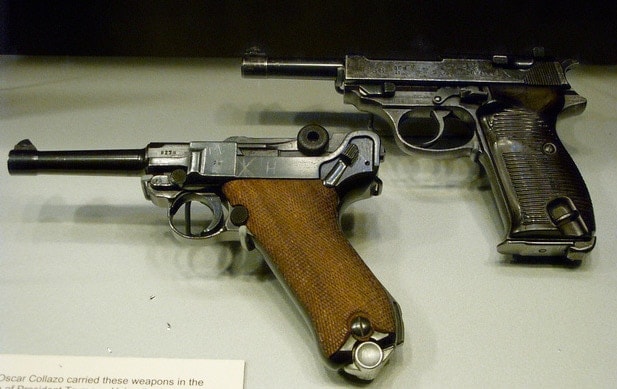 Torresola took aim at the wounded Birdzell who has managed to get on his feet. He struck Birdzell in his left knee, which ended his participation in the fight. In the melee a ricochet strikes Collazo in the chest and sidelined him permanently. 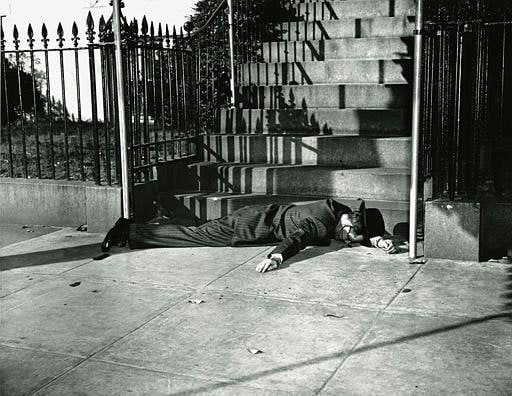 With his Luger dry, Torresola steps out of the line of fire to reload. Now awake from his nap, President Truman looks out of his window and sees the gunman in the process of reloading before quickly taking cover.

While Torresola was reloading, Coffelt, mortally wounded made it to his feet and leaned against the guard shack and took aim at his attacker. From ten yards away Coffelt fired a single shot from his .38 Official Police striking Torresola below the ear.  The assassin faltered and dropped dead on the spot. Coffelt staggered back into the guard shack and slumped in his chair; he would die four hours later in the hospital. The whole gunfight lasted less than a minute. 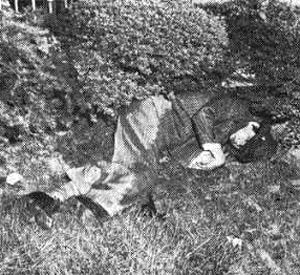 Oscar Collazo was sentenced to death but President Truman commuted his sentence to life in prison. Jimmy Carter further commuted Collazo’s sentence to time served in 1979 and he returned to Puerto Rico (to a hero’s welcome) and died in 1994. 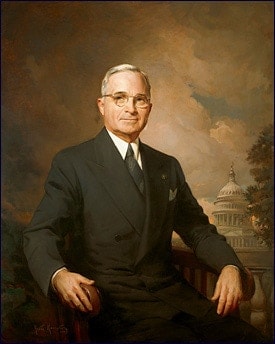 Today there is a plaque on the wall of the Blair House honoring Officer Leslie Coffelt and his heroic actions that day. The Secret Service renamed the day room at the Blair House in his honor as well. If it wasn’t for the bravery of Leslie Coffelt and the other officers present that day, the history books might have mentioned five assassinated Presidents instead of four. 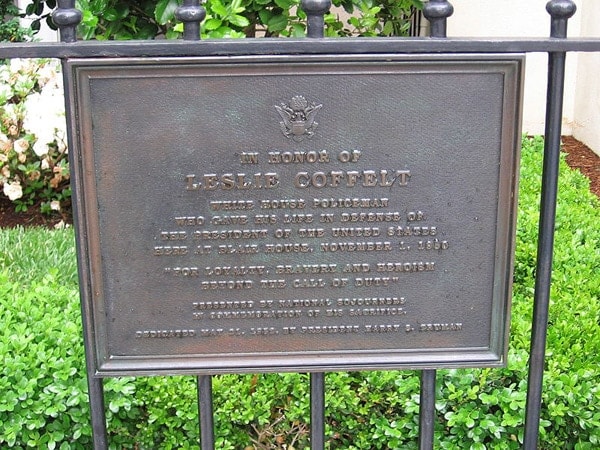