You’ve heard the phrase, “The most fun you can have, standing up.” Well, whatever you’ve applied it to in the past, you’re gonna forget all about it once you shoot IDPA.

International Defensive Pistol Association shooting didn’t just erupt spontaneously from nowhere. It’s a natural evolution from the falling plates and bowling pins games we used to play back in the 1980s, coupled with the groundswell of interest in carrying handguns for self-defense.

In those games, we shot at real bowling pins set on tables, or steel plates aligned on a rack, either of which will fall when well struck by a heavy enough caliber. In bowling pins, however, you have to knock them off the table, which meant most shooters used the calibers in the .45 ACP and .357 Magnum class (.40 caliber hadn’t been invented yet, Sonny).

Next came International Practical Shooting Confederation (IPSC), which introduced shoot-move-shoot to handgun games. IPSC (pronounced “ip-sik”) is where “race guns” and skeleton holsters came from, and it didn’t take long for IPSC to become expensive, rarefied and professional. Hell, they’ve even got their own flag. IPSC is a good organization of fine people and the games are fun, but how “practical” is an optical sighted $3,000 handgun? That was the reasoning that spawned IDPA. 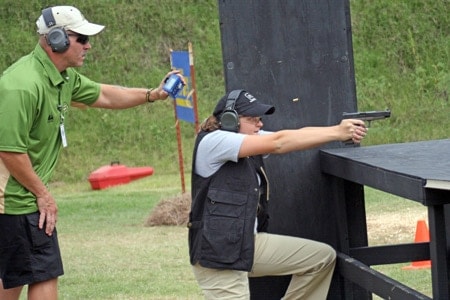 To summarize the IDPA philosophy, you should shoot the gun you carry. The reality is that carry guns often are short-barreled, and short barrels aren’t as accurate or competitive as longer barrels because the sight radius is shorter. So, even though the IDPA idea is to “keep it real,” you see guys slicking up full-size guns in this game, too, but rules make ‘em stop short of going the IPSC way. Think of IPSC as Indy car racing, and IDPA as stock car. 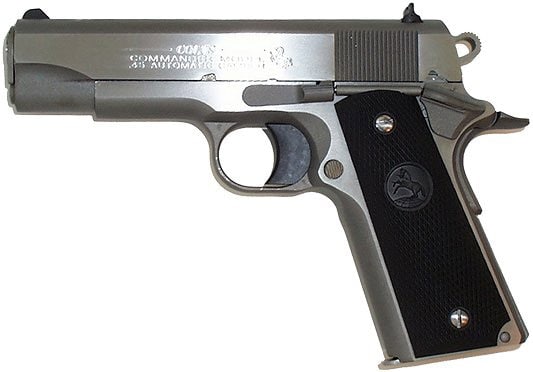 When I shoot IDPA games at a local range, I take both my carry pistols because the entry fee is $10, and it’s only another $5 for the second gun, so I get to shoot through twice. I carry a compact Colt M1991A1 or a S&W 1911PD, both in .45 ACP; they feel similar in the hand and the controls are the same but, of course, I shoot the full-size PD more accurately. Sometimes I’ll borrow a friend’s 9mm or take my S&W M10 revolver in .38 Special, just for fun – and isn’t fun what it’s all about?

I often see an older cowboy at these matches who shoots a Ruger SA Blackhawk revolver; obviously he isn’t here to shoot the fastest time, just to enjoy shooting the gun he already owns. The serious guys shoot high-capacity guns like Glock 31s because having to reload adds too much time, and “beat the clock” is the name of the game. 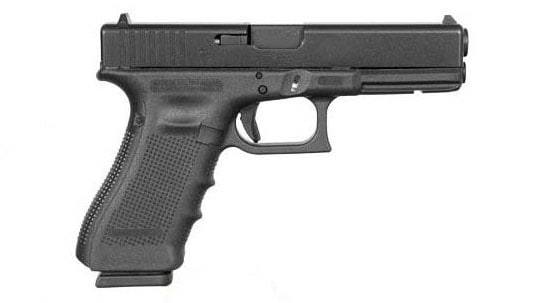 In this game, you’ll draw from the holster and shoot steel plates or paper targets, usually moving behind barricades or obstructions of some kind. At one event, we had to burst out of a mock outhouse, draw and engage targets. IDPA is mega-fun, and the only thing to take seriously is safety.

Reality enters the picture here, too, because for the safety of those waiting behind you, it’s an unforgivable sin to “break the 180” – meaning muzzles must not point anywhere past your immediate right and left so, for example, my small-of-the-back carry holster isn’t permitted and I have to switch to a hip holster.

Your time starts at the buzzer and ends when you hit the designated “stop plate.” My times average around six and a half to seven seconds – as long as I don’t have to reload with my six- and eight-round magazines, and I usually don’t. The really skilled guys are twice as fast. 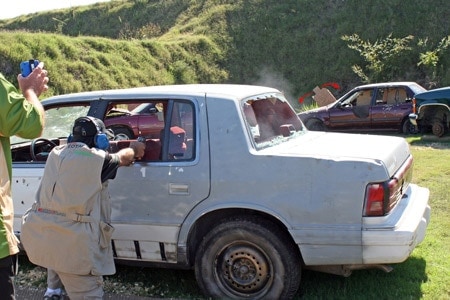 Where I shoot, the range is set up with about a half-dozen different “scenarios,” each one in an individual shooting bay about 60-70 feet wide and deep with berms on three sides. We squad up into fours, and move from one bay to the next, taking turns running the timer and keeping scores.

We’ll have to shoot through “windows” or “doorways,” squat, move left or right, shoot weak hand – whatever the match directors dream up, like that outhouse. They even still have an old falling plates machine in one bay. The different scenarios and movement requirements keep you thinking about the most efficient way to move and shoot for the shortest time, and in that way you do a lot of problem solving in IDPA. And it gets me to mentally apply lessons learned to, “What if, in a real-life situation…” 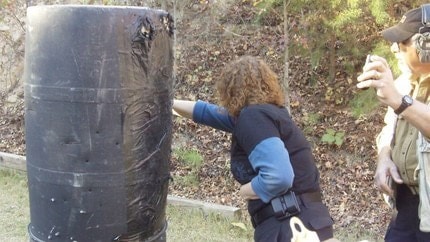 At each scenario you’ll normally find maybe three to six steel plates set at various distances from up-close to 50 feet away that you must hit in a particular order. That information is posted at that station, along with a diagram of the layout, and reads something like, “Engage target #3 first, then target #1. Move to the second square and engage #4, then #2.” While I’m waiting my turn and then prepping to go, I repeat the numeric sequence to myself: “3-1-move-4-2, 3-1-move-4-2, 3-1-move-4-2.” 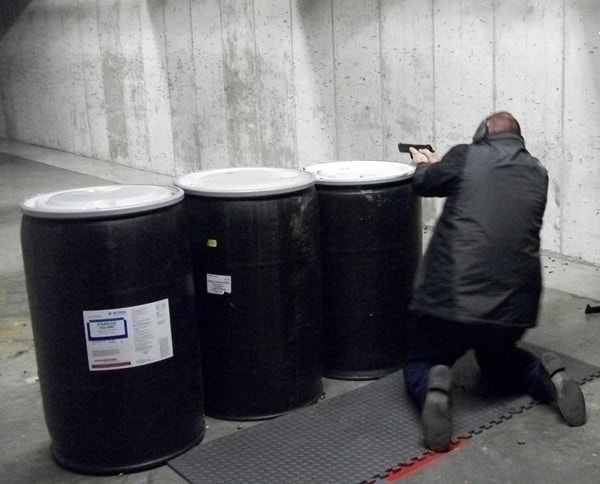 IDPA is a mental and physical exercise in shooting a defensive handgun well. While this end result itself is serious, I don’t get serious about competing. And you don’t have to, either. Get a handful of magazines or speedloaders, something to carry a couple hundred rounds of ammo in, and take your handgun and a hip holster to an IDPA match. They will be very happy to see you, and they will help you through the course. 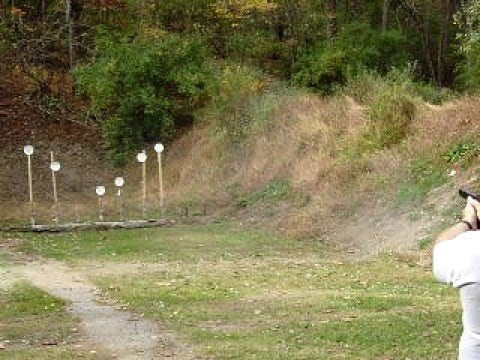 If I could plan just one scenario, it would be, “Zombie Apocalypse.” It would consist of 40 pepper poppers (a somewhat lollipop-shaped heavy steel plate that falls over when hit well) in random distribution across the shooting bay, and we’d have to shoot them from furthest away to closest, necessitating moving around and simulating the zombies getting closer. With 40 plates, even the highest-capacity magazine pistols would require two tactical reloads. This would even work as a team event. 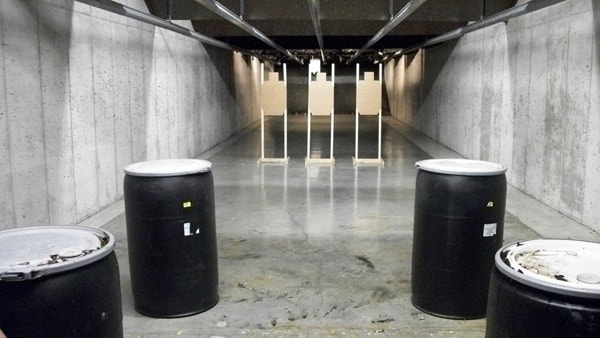 How ‘bout it? Wanna play?