Mexican President Felipe Calderon recently condemned a U.S. Border Patrol agent’s shooting of a Mexican national along the California border, even going so far as to personally speak with U.S. Secretary of State Hillary Clinton about the matter. According to San Diego police Lt. Ernie Herbert, the man had hurled projectiles – including a nail-studded post – at the patrol officers, striking a border agent in the head during the fracas. 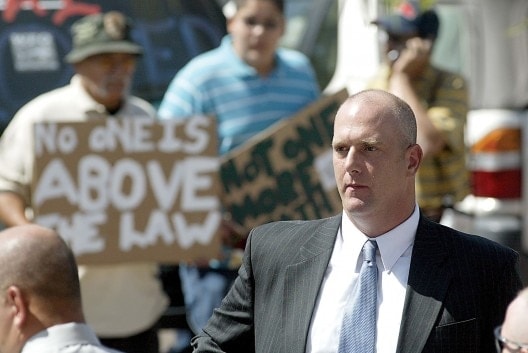 The case – one that hearkens back to the January 2007 Arizona border shooting of an allegedly unarmed Mexican immigrant by Border Patrol Officer Nicholas Corbett – has those surrounding the unfortunate event sharply divided about the nature of the encounter, one that involved a confrontation between two border agents and three men who had climbed through a border fence near San Diego’s San Ysidro border crossing. The victim, 40 year-old Mexican national Jose Alfredo Yanez of Tijuana, was fatally shot during the melee, falling on the Mexican side of the fence.

The shooting has sparked outcry from several constituencies, while prompting praise from the union representing U.S. Border Patrol agents. Debate surrounding the agent’s use of deadly force highlights an increasingly polarized dialogue regarding how to best patrol and manage the porous border region. 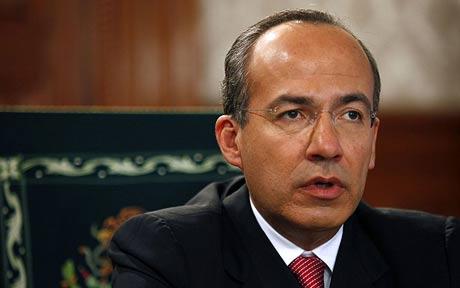 According to San Diego police Lt. Ernie Herbert, three men scaled the border fence or climbed through an opening onto the U.S. side. A confrontation with two Border Patrol agents then ensued during which two of the men fled back into Mexico. Allegedly, the third man wrestled with one of the agents while one of the men who had initially fled climbed atop the fence and began to hurl projectiles.

According to reports, one agent was struck in the head with a nail-studded piece of wood resembling a table leg. As Yanez allegedly prepared to throw a rock, an agent fired a single fatal shot, knocking him from the fence. The other suspect with whom officers had tussled was subdued and arrested. Neither border agent was seriously injured. 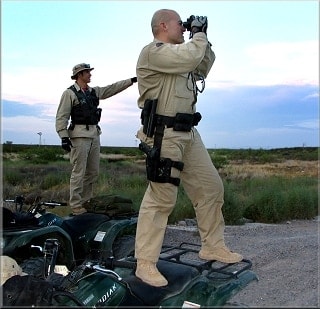 The unfortunate event highlights several contentious issues including the topic of how best to patrol the lengthy and porous border region. In addition, the encounter has sparked a debate about the use of deadly force by Border Patrol agents in like circumstances. In the United States, the legal precedent for the use of deadly force as set by Tennessee v. Garner, which states that deadly force may be used by law enforcement to prevent a suspect’s escape or end an altercation if “the officer has probable cause to believe that the suspect poses a significant threat of death or serious physical injury to the officer or others.” In general, law enforcement and armed services members are granted the use of deadly force in like circumstances.

A union representing the Border Patrol defended the agent’s actions. Furthermore, Shawn Moran, a spokesman for the National Border Patrol Council, stated that the agent who pulled the trigger most likely saved his partner’s life or deterred serious injury. Said Moran, “The guy’s a hero…He’s a relatively junior agent, but he showed great poise in dealing with a really bad situation.”
Mexican President Felipe Calderon and others were less impressed with the incident. Calderon noted on Twitter that he had made it a point to discuss the matter with U.S. Secretary of State Hillary Clinton at a meeting of regional leaders in Guatemala City, Guatemala. 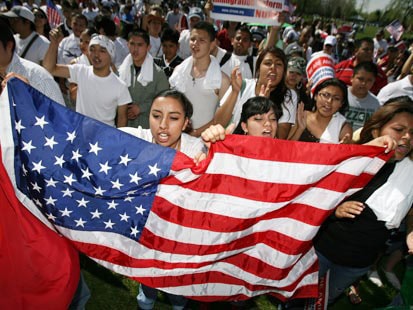 Said Calderon, “I demand punishment for the guilty.”

Mexico’s Foreign Relations Department also levied criticism, urging the U.S. authorities to investigate the “use of firearms to repel an attack with stones.”

Also among those questioning the shooting was the American Civil Liberties Union of San Diego and Imperial Counties. Said Kevin Keenan, the group’s executive director, “We simply cannot allow our law enforcement agents to use lethal force when confronted with rock throwers.” 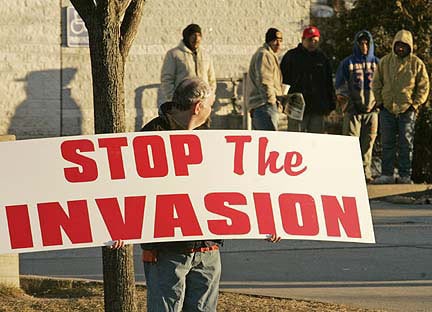 According to Heriberto Garcia, the Baja California state human rights ombudsman, Jose Alfredo Yanez was employed for a towing company and had a girlfriend and young child at home. Yanez’s widow is 5-months pregnant with their second child.