Blessed Be the (Colt) Peacekeepers: Concealed Carry in Churches

Someday someone needs to do a study of the legislative mindset that causes pro gun rights politicians to write into pro gun laws those exceptions for concealed carry that include places where you have large gatherings of peaceful, law-abiding people. I can’t speak for every concealed carry advocate, but it’s the places with the least amount of people gathered where I feel the least need to carry my sidearm. Like inside my house. The more people there are around me, the more likely I will have the desire to be armed.

Call it what you want. Maybe it’s that the more people, the greater chance there will be a few bad actors in the mix. Or maybe it’s the sheer reality of crowd psychology, summed up best by Agent Kay in Men in Black when he said, “A person is smart. People are dumb, panicky dangerous animals and you know it.”

For those who are pro gun rights, when you carve out an exception for concealed carry at a public gathering place you’re putting a bulls-eye on it for spree shooters, armed robbers, or just gangs of thugs who take advantage of the anonymity and opportunity for malicious behavior that crowds afford.

Every state concealed carry law has these exceptions in some manner – most often they are non-judicial municipal buildings, sports arenas, amusement parks, college campuses and – sigh, yes we need to go here – churches. 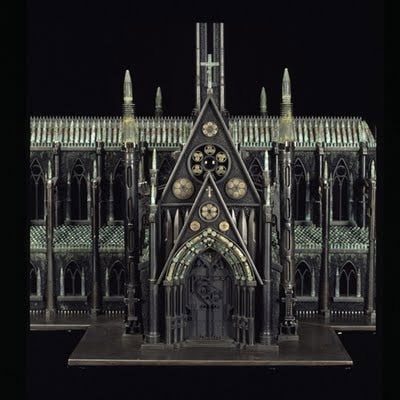 Yes, churches. Houses of worship are among the stickiest of wickets when it comes to carrying a firearm. Both gun rights and gun control advocates bring to the table a load of misperceptions, clouding an issue that, at the end of the day, isn’t that hard to settle.

On the topic of sacred ground, there’s another issue I loathe bringing up – What Gun Would Jesus Carry? 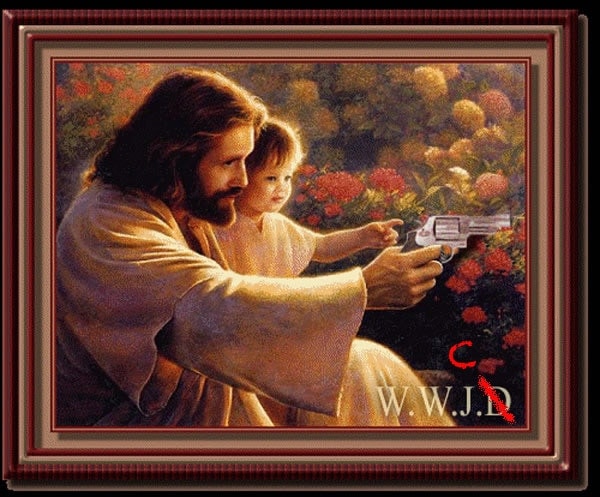 For many – especially gun control folks– churches and guns go together like, well, children and guns. Christians on both sides of the pew can cite dueling scripture verses.

Yes, Jesus said, “But I say unto you, That ye resist not evil: but whosoever shall smite thee on thy right cheek, turn to him the other also.” Matthew 5:39 (KJV) 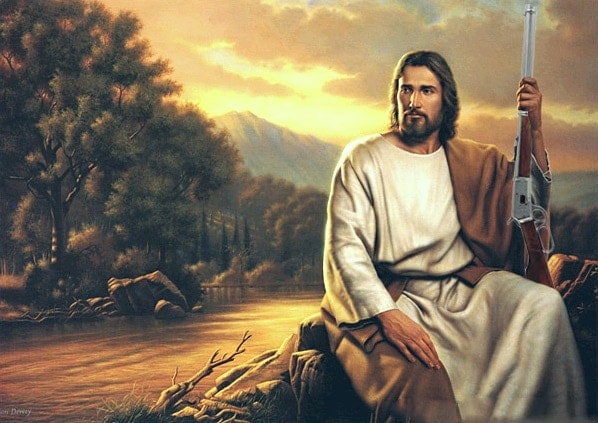 I’m not walking on these waters, because all of that should mean jack and squat when it comes to writing laws on gun rights. Why? Well, I’d quote the First Amendment here and the implied separation of church and state, but that’s something I trust all our readers know.

Even a casual reading of American history shows that guns and churches aren’t square pegs and round holes. In the frontier days, the community church was most often the fallback fortification once the redoubt – if it existed at all – was overtaken. Spanish church missions served as both the town center and the community fortification against outlaws and raiding parties.

Lest we forget – don’t worry, Texas never will – that one of the most famous standoffs in American history took place with the defenders fighting to the last man against incredible odds at the Roman Catholic fortification known as the Mission San Antonio de Valero. 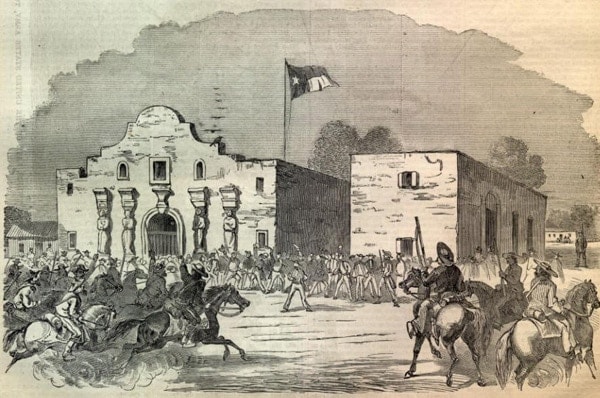 You know it as The Alamo.

This isn’t simply an old-fashioned American or an old-school Christian thing. Don’t be surprised if you read in the bulletin of an Israeli synagogue that worshippers are asked to bring their firearms to services as a matter of course.

Rabbi Shmuel Rabinowitz, a rabbi at the Western Wall in the Old City, quoted in Newsday, best expressed the idea that God protects those who protect themselves.

“Wherever there is a congregation of Jewish people, then that is a target. Preserving life is the most important thing, and in light of the situation we are facing, we have to protect the synagogues. We don’t have a choice,” Rabinowitz said. 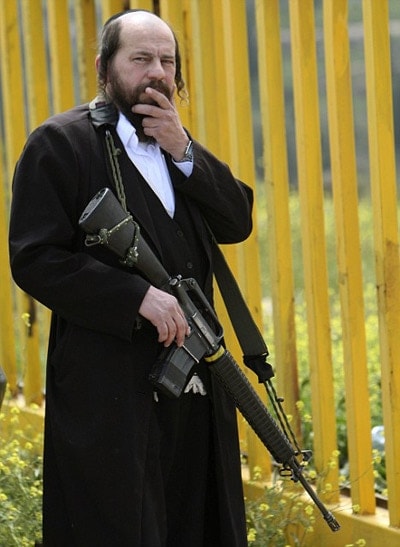 Of course, the Israelis face challenges and dangers Americans don’t but the point stands – there is no inherent disconnect between guns and houses of worship.

And while America was largely free of any serious, violent backlash against American Muslims after Sept. 11, who would have blamed an innocent Muslim family man who wanted to legally carry a gun to and from his mosque in the dark days right after the towers fell? 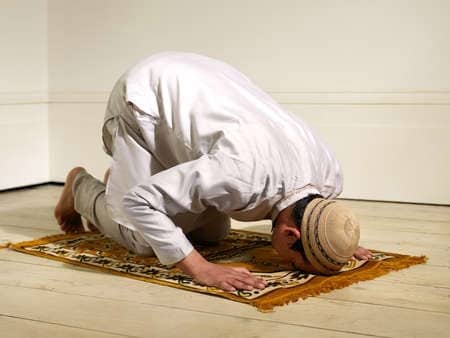 Then again, the gun control crows is right when they point out that American houses of worship aren’t exactly combat zones. “Google” is not a synonym for “research” but a quick check of Lexis-Nexis found that over the past 12 years there have been fewer than a dozen church shootings, resulting in less than 40 deaths.

The single worst incident was right near my hometown on Sept. 16, 1999, when seven young people were shot and killed during a youth ministry prayer service at Wedgewood Baptist Church in Fort Worth, Texas.

By rough scratch pad math, that means something like .00037 percent of all gun deaths for the past 12 years have happened in church. The lottery gives better odds. 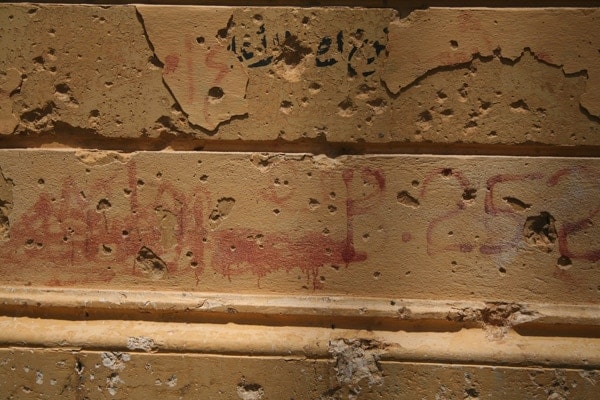 Of course, the Second Amendment is written as part of the Bill of Rights, not the Bill of Statistically Justified Needs. And what the gun control cabal generally never seem to get about concealed carry advocates is that we don’t bridle against such restrictions because we feel a desperate need to carry at church or on a college campus or wherever. Maybe it’s where we’re going before or after we stop at church that we’re worried about, and we also don’t like leaving our sidearms in a car for any reason. I can assure you it’s not because we have burning, violent feelings about transubstantiation or whether you dunk or you sprinkle a kid.

Despite working for years as magazine writer and investigative reporter who stepped on a lot of toes, I never worried I needed a gun while I was at the office. (I had rough editors but none I couldn’t take barehanded or with a Bowie knife, anyway.) It was where I went before or after work – or in the course of doing my work – that incorporated elevated threat levels on my personal color chart. 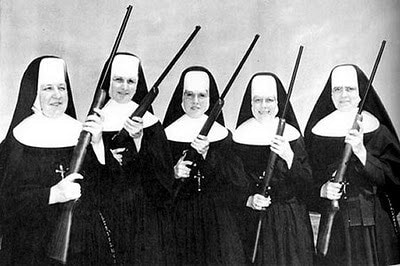 So no, it’s not about needing a gun at church. Not at all.

Houses of worship occupy a unique place in America. They aren’t exempt from secular law, but they’re the next best thing to it. They aren’t taxed. The confidential relationship between church fathers and members is as respected as the attorney-client privilege. They can be declared places of sanctuary, and even if the law doesn’t formally acknowledge this sanctuary, few politicians in their right mind would invade them with armed agents. (Well, maybe outside of Waco, Texas, anyhow.) 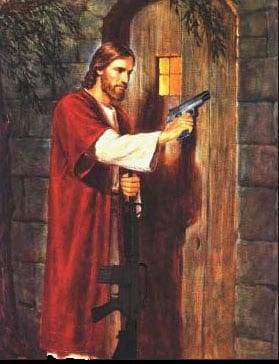 So of all things, it seems odd that states would impose on the separation of church and state by issuing regulations about what churches can and can’t allow on their own sacred grounds.