The Pennsylvania state Senate has voted to extend the “castle doctrine.” The castle doctrine – as understood in most U.S. states – affirms that your home is your “castle.”  As a result, you have the right to defend it with the use of deadly force. That right will now be legally extended to include anywhere you “have the legal right to be.” 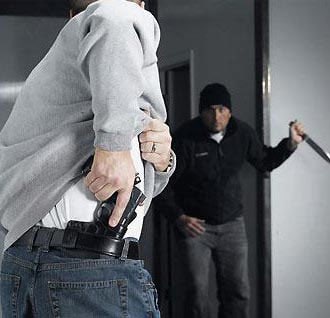 The measure – approved in a 45-5 Senate vote – will allow individuals to use deadly force against attackers even if the event occurs outside the home. Pennsylvania Governor Tom Corbett has indicated that he will sign the bill into law.

The legislation, sponsored by Rep. Scott Perry (R-York), does away with a requirement that individuals attempt to retreat first before using deadly force as a last resort. 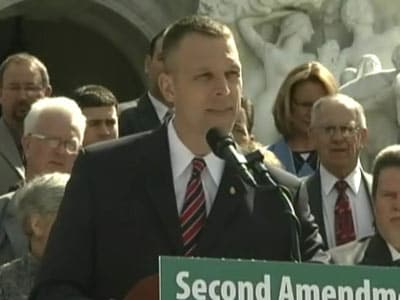 A number of proponents of the legislation, including the NRA, have praised lawmakers for passing the bill. Said Sen. Richard Alloway (R-Franklin), “Law-abiding gun owners should not have to fear prosecution for acting to prevent a violent crime…I am thankful that the General Assembly has taken action to protect responsible gun owners who respond when facing a serious threat from a criminal.”

Critics are less enthusiastic, warning that the legislation could encourage a “wild west” mentality in the state. Said Max Nacheman, executive director of CeaseFirePA, “This is going to be dangerous for Pennsylvanians…This creates more situations in which violence is an alternative.” A number of law enforcement agencies and authorities have indicated their belief that the existing legal framework adequately protects citizens. 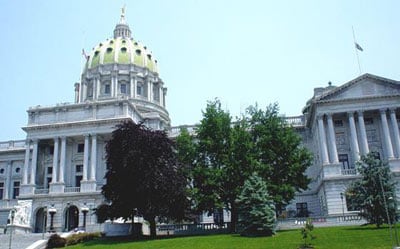 Although most states harbor statutes allowing citizens to defend themselves inside their homes, only about half allow people to do so without first exercising a “duty to retreat”; that is, an attempt to retreat first before using deadly force. 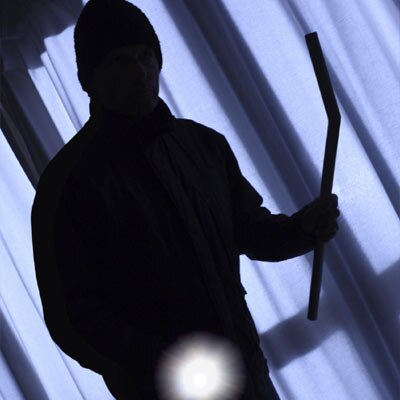 Some district attorneys have cautioned that the passing of such a law could complicate their ability to prosecute criminals. One Philadelphia attorney even went so far as to label the measure a “solution in search of a problem.” In keeping with this notion, the Pennsylvania District Attorney’s Association initially opposed the legislation, but reversed course after the bill was amended so that criminals would have a harder time using “castle doctrine” as a legal defense.

Philadelphia District Attorney Seth Williams observed of the bill, “Though this law is not necessary because current law respects and protects those lawfully exercising their right to self-defense, if there must be a new law expanding the castle doctrine, this legislation contains the best language possible.” 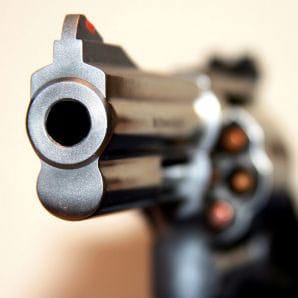 Debates in the U.S. regarding the use of deadly force – whether by citizens, law enforcement, or military – are not uncommon. Guns.com recently reported a case in which a Border Patrol agent shot and killed a Mexican man who had thrown projectiles at officers near the San Ysidro border crossing. The incident incited a fierce debate about the use of deadly force in like encounters, even leading Mexican President Felipe Calderon to publicly weigh in. In addition, Congress recently included a defense budget amendment guaranteeing U.S. troops in Afghanistan the right to defend themselves with the use of deadly force.

In another similar move, Pennsylvanians will now enjoy the legal ability to follow suit.