The government’s tightening its belt.  Hell, every government in the world is, except China, because they’ve been putting half their national income into savings for decades, and like, Moldova, because they don’t believe in credit (and it works out great), and admit it, not even they’re too much into government spending, either.  So the Senate’s decided to bring the ax down on as many non-essential programs they can find.  They set the fiscal 2012 defense authorization bill in stone on Friday, at a mere $664.5 billion.  Believe it or not, that’s under budget.  They had $667B to play with. 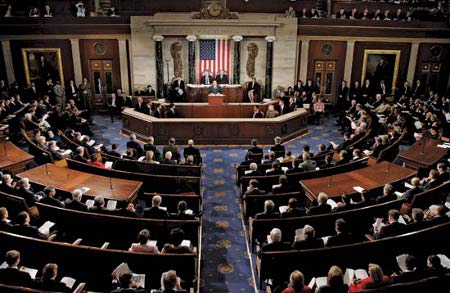 And among the programs to cut were some of the more science fictiony plans for the Navy to develop free-electron laser weapon system, and also railguns.  And now we’re sad.  Because we love lasers and railguns.

And it’s not just because they’re kick-ass guns beyond our wildest childhood dreams, not because we really believe that we need lasers and railguns to take out Somali pirates and Libyan dictators, for reals, we literally give away our old hardware that outclasses most nations’ engineering capacity entirely, uhm, to countries like Libya, er, and Mexico… but that’s besides the point. 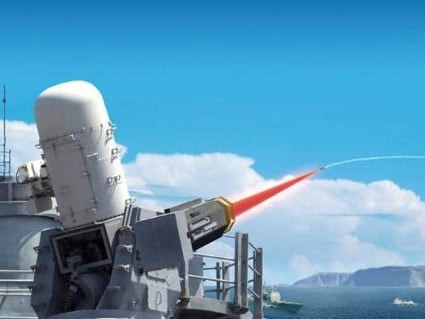 The point is that while our current conventional weapons are absolutely paramount to all other warfighting technologies in the world, particularly in our military hands, technologies like the FEL and the railgun improve humanity.  And we’re not saying that because there are more than a few sci-fi dorks who write here at Guns.com.

Admittedly, a ship-borne FEL is a rather novel and expensive way to poke holes in boats and not particularly more effective than the time-tested methods we have in place (actually, since lasers require line-of-sight, and cannon don’t, you can make the argument that laser are actually less effective than gigando hunks of supersonically-accelerated metal) but it is probably the thing that’s going to make fusion happen, if it ever does on this planet. 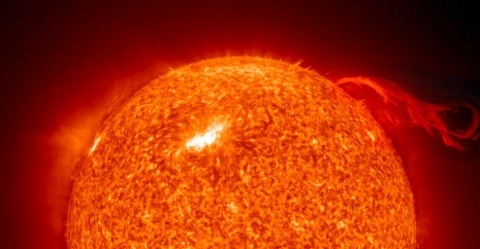 One of the more promising methods of attaining fusion power requires lasers, and lots of ’em.  It’s called HiPER which is a really dumb name if you’re into acronyms but it’s probably the way we’re going to make electricity without fuel that kills people in both its used and unused states.  Basically, you superheat isotopic hydrogen to the point where it reaches the temperature of the sun, and blammo, free energy.  Way cooler than cold fusion.  Cooler by a factor of superlasers.

But even if it never works, we do have enough of the heavy stuff to run nucular fusion for centuries to come.  But ditching the spent fuel in a hole in a rock is controversial to say the least, but there’s no other really great place on the planet to store it safely. 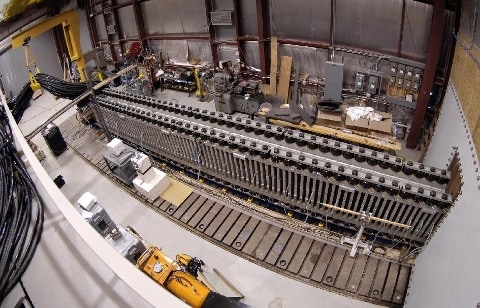 That’s where railguns come into play.  Railguns are basically fool-proof ways to hyper-accelerate whatever the hell you want, if that’s massive tungsten darts towards your enemies, fine, if that’s space cargo, fine, railgun don’t care.  There is no future in rocket-based space travel.  It costs too much in terms of money and lives.  But railguns can launch anything into space, nuclear waste, satellites… without fail.

So yeah, at this point, we sound like starry-eyed nerds, right?  Well, OK, that might be true.  But ask yourself, do you think that the ATF or the TSA are facing budget cutbacks?  Besides.  We’ve said it before and we’ll say it again: lasers and railguns are awesome.  What’s your opinion?  Is the Senate being responsible and cutting unnecessary science-fiction projects, or is this a stumble along the path of progress?