There’s something alluring about the notion of cartridge specialization.  The idea of stocking up on a single type of ammunition, not ever having to worry about carrying different kinds around with you camping and whatnot.  The problem is that, besides small selection of carbines and rifles, it’s not like pistol ammo works particularly well out of rifle-length barrels.

The corollary to this is also true: besides a small selection of rifle pistols, shooting pistols made from cut-down rifles… Well, the fireballs are cool.  A’ight, it doesn’t suck but unless you’re in “waste management” it’s not exactly practical.  Fun, loud, just not practical. 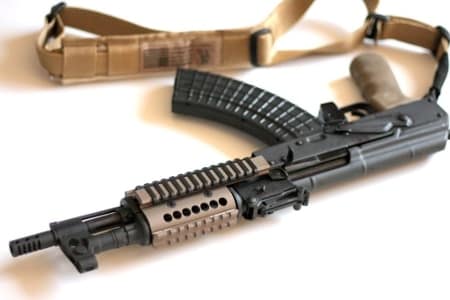 Check out this gorgeous Draco here.

You will see an improvement, naturally, in pistol ammo performance in carbines, and a similar decrease in performance in rifle ammo from pistols.  But the gains for pistol cartridges aren’t great, and the losses for rifle are just terrible.  There are, fortunately, a couple of exceptions for this.  The .357 Magnum is one such cartridge. 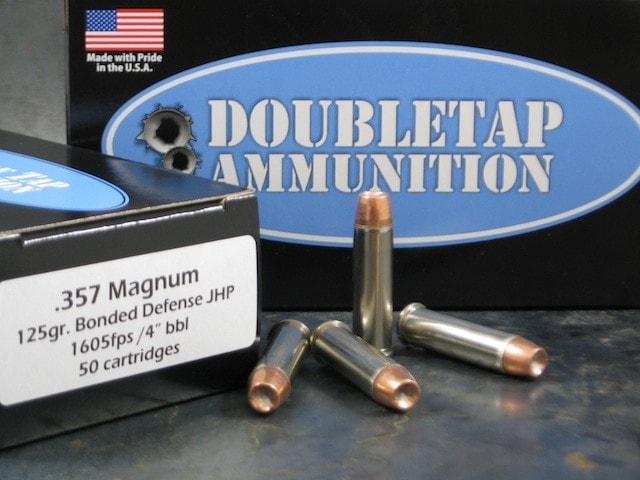 Being one of the killingest cartridges of all time, the .357 has enough real-world statistics to make sure that revolvers will stick around even after they invent hand-held coilguns.  A 158-grain .357 Magnum bullet flies out of a four-inch barrel at about 1300fps, and out of an eighteen-inch barrel at over 1700.  That’s almost a 30% gain in speed, and just about the same amount of energy in ft/lbs as a .223, only with a bullet that’s 50% wider and triple the mass.  More than powerful enough to take down medium-sized targets.

But what if you’re not a levergun sorta person?  There aren’t a great deal of rifles chambered in .357 and they are mostly lever-action.  Brass is beautiful but not for everyone.  Jesus, if you’ve gotten this far without reading the headline we’re speechless.  You know where this is headed.

Yes, Ruger’s expanded their Model 77 Rotary line with a .357 Mag version.  It’s a 5-shot magazine-fed bolt-action rifle (man, can you imagine what it would sound like suppressed?) with a scope mount and an 18-1/2″ barrel.  Originally designed in 1968, updated in 2006, it’s a modern Mauser with that famously reliable claw extraction.  It’s got an MSRP of $800 and a street price of under $600, which makes it an affordable companion to a, and we’re just throwing names out here, GP100.  Does anyone have a Ruger GP100?  Are they popular? 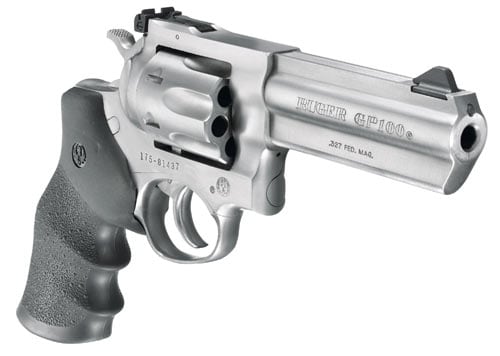 It’s taken a surprisingly long time for this to happen given the success of the 77/44; we’d though that with the .357 Magnum being more common it would mean they’d start there, but nope.  People have been wishing and waiting for this particular Model 77 for a while.  We hope it’s everything you wished for and more.  (If it’s not, Timney makes a trigger kit for it.) 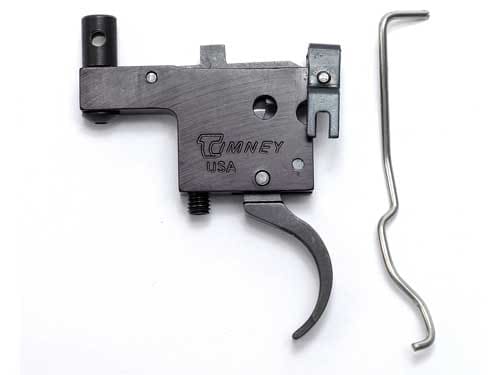