So that’s it. No more waiting, wondering. The newest XD(m) is a long-slide 9mm geared for competition. This pretty much blows everyone’s expectation out of the water. Some guy by the name of Ralph had bet on long-slide 9mm and if he calls it in we think he makes a hundred twenty million theoretical dollars, assuming everyone else theoretically pays up and doesn’t call him on insider theory. 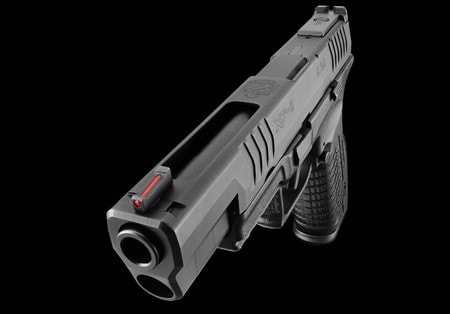 Because he’s the only one. Even here at Guns.com we were pretty much all in the compact .45 XD(m) camp, with a few outliers in the sub-compact .45 majority. Look, everyone with an ounce of sense was shooting for .45, but then Springfield goes and pulls the rug out like this? 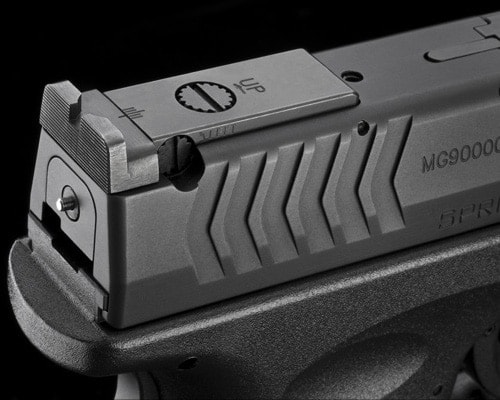 See, it’s like this: even the crazy people didn’t call this. The crazy people were calling for a 10mm XD(m). (By the way, they do and it’s got .40 S&W written down the side, deal with it.)

There were even crazier people calling for an XD(m) in .380 ACP. (By the way, they have a 9mm and it has blah blah blah.) No, seriously, that one’s crazy because it’s not possible, there’re laws against it that make very little sense but even if HS Produkt made one it wouldn’t be legal to import and would never see the light of a Springfield rollmark. Then there’s the crazy-like-a-fox segment who was calling for a single-stack Walther XD(m) for places where ten rounds is more than enough and grip thickness is at a premium; actually there’s a gigantus market for these types of guns, just ask Kahr. 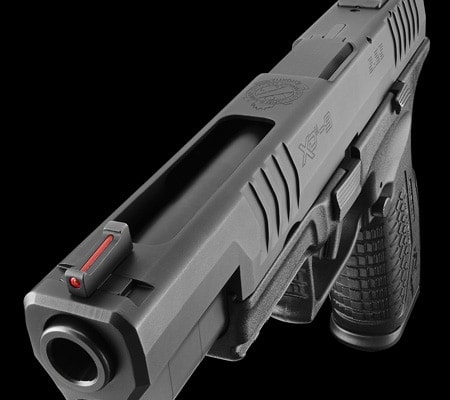 But it seems like Springfield already has a long-slide 9mm, right? The XD Tactical (except it does come in .40 S&W, .357 SIG, .45 ACP, and albeit discontinued, there were a few .45 GAP made). That comparison is wrong. These two pistols aren’t in the same arena. 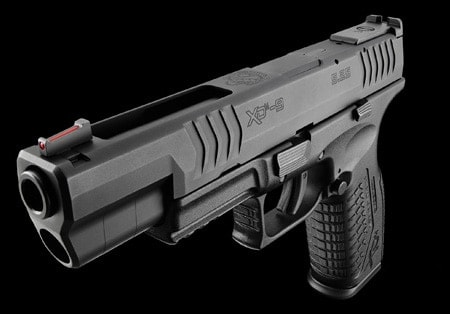 The XD(m) Competition beats it in all arenas. It’s more than just a 5.25″-long-barreled XD with a different grip, trigger, and a big magazine. The barrel, for once, is hand-fit. All XD(m)s feature competition barrels but this is a first. The Competition has a factory-installed fiber-optic front sight and a Bomar-style adjustable rear sight melted into the slide. The slide has been lightened with a generous amount of metal cut from it, and to top it all off, it comes with three magazines. That’s 50% more magazine! 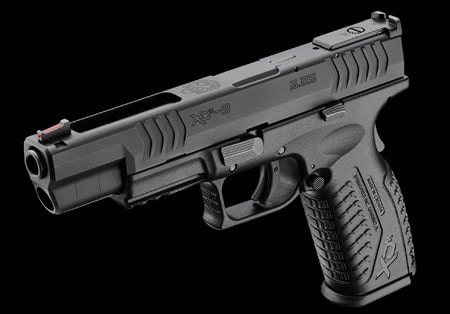 But what makes this XD(m) so much more intensely superior to the XD Tactical is simple, not a paper specification. It’s that it’s the gun we’re giving away, in our giveaway contest. Want one? Join up! 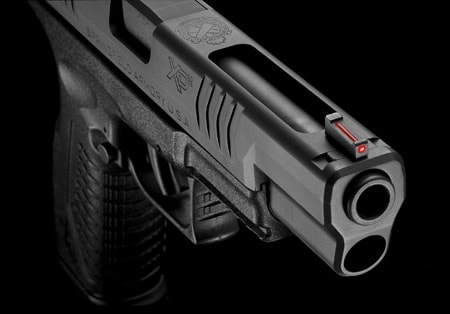 Of course, if you don’t win this gun for free, you can always buy one, it’s not like it’s the only one of its kind.  Right now they’re only available in 9mm, even though we’re pretty sure that’ll change, and the price?  Still a secret.  We’ll let you know as soon as Springfield tells us.