SIG’s P239 is, for all well-reasoned purposes, its centermost pistol.  It’s the pistol at SIG’s core. 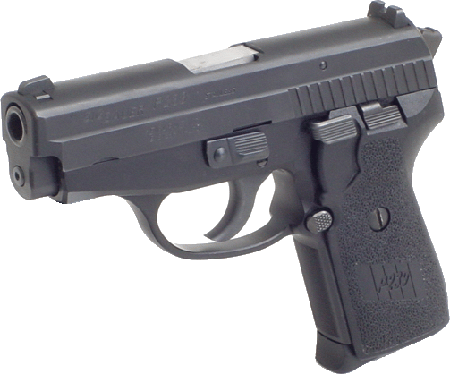 Actually, that’s not true, either, for some reason the SIG P229s have shit capacity (yes, we know capacity means nothing in the real world but it does at the range and the game) even though the E2 models that were discontinued for being too perfect had a full 15-round double stack in them, the P239s have a mere eight 9mm round in their magazines (seven in .40/.357) because they are single-stack and a smidge thinner. 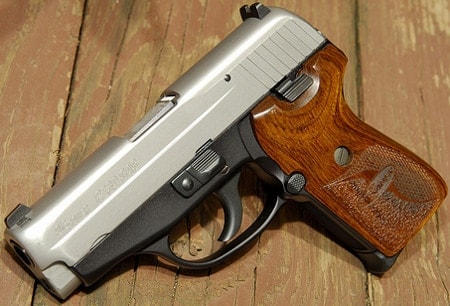 Not a whole lot thinner, but hey, let’s say you’re not into two rows of bullets in your magazines because you live in a legislature that forbids it, or you want a gun that shaves an extra two-tenths of an inch and makes your hands feel so good (it really does, we’re absolutely not knocking slender grips.  We like our grips like we like our women, slender and, er, durable and impregnated with Nylon?  This has gone horribly wrong). 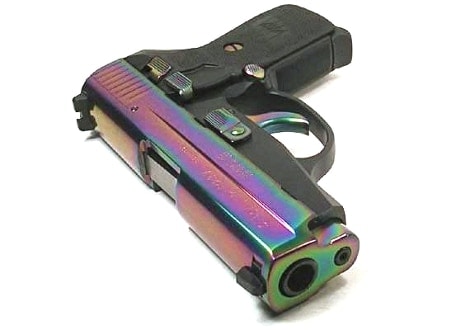 OK, so the P239 is a step-child.  But it’s a favored one, a stepchild that gets good grades and does chores around the house.  It shoots +P ammo all damn day long and despite not being chambered in .45 ACP has a respectable number of chamberings available.  Three, it’s three by the way, 9mm, .40 S&W, and .357 SIG because it is a SIG. 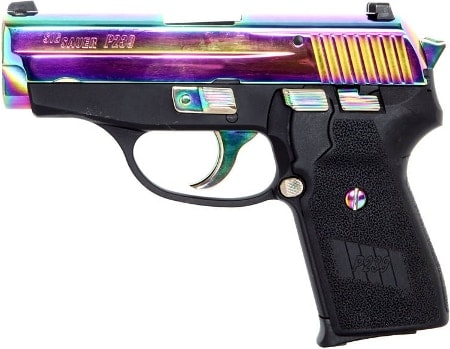 And say what you will about SIG selling multiple copies of the same stupid old guns in new and fancier colors, we’re pretty sure that there’s a market for their newest rainbow titanium-finished P239s.  Hell, EDNDO even pointed out that rainbow titanium got announced just in time for gay pride celebrations.  Fans of rainbows: meet your concealed-carry dream pistol. 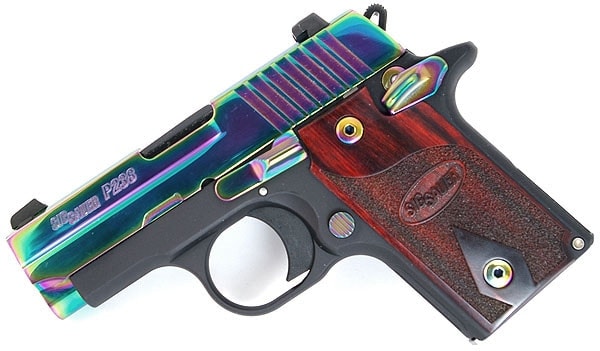 Not that all fans of rainbows are gay, but seriously, SIG’s got custom guns with the Gadsen flags on them, SIGs with the Blackwater logo, you’d expect at this point that they’d push for acceptance with the GLBT-and-don’t-fuck-with-me crowd, since they have the other end buttoned down.  Maybe they just assume that by having rainbow pistols, they’ve got that market covered… 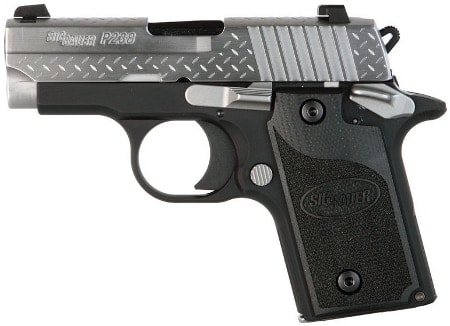 Well, in any case, say what you will about rainbow titanium, it’s still way less gay than diamond plate.