The World of Somalia's Pirates and a PSA Against Overfishing

The rampant piracy plaguing the coasts of Somalia has taken decades to impact world shipping but now they have everybody’s attention as oil prices have been hit. It has been a gradual escalation and the tragic chain of political and climatic events that has fostered current conditions has transformed 21st century piracy into a significant criminal enterprise.

Many of the world’s maritime nations now have their navies patrolling the Gulf of Aden, but with a 3000 kilometre coastline it is a very difficult menace to eradicate. Really, as long as Somalia is lacking a Coast Guard (to say the least—Somalia hasn’t had any form of government since 1991 let alone boats and security agents) their seas will remain controlled by bandits.

Somalia is a lawless country with feuding tribal warlords as the only rule, affording  safe haven for those returning with a ship or crew for ransom. The UN passed a special resolution to permit navies to breech the Somali 12 mile limit in the pursuit of pirates, but it hasn’t changed anything.

So how did it come to this? 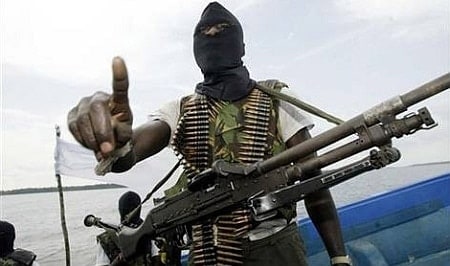 For centuries the Gulf of Aden had been bountiful fishing grounds, especially for tuna, but as the Somali government disintegrated through dictators, civil wars, droughts, famines and revolutions, warlords moved into the vacuum. The UN interceded with humanitarian aid and vacated just as quickly claiming the loss of life suffered by UN personnel was not worth the effort. 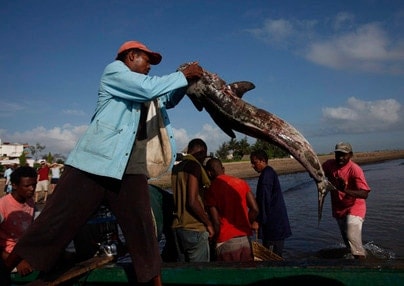 While this was ongoing over the 1990s and early 2000s, illegal trawlers surreptitiously overfished the waters and when the fish stocks were completely depleted their activity was replaced by unscrupulous illegal dumping of toxic waste. Radiation sickness amongst the Somali population is commonplace.

Concurrently, over the decades of conflict, drought and famine, the population drifted toward the coasts, away from the fighting.  Out of necessity, fishing became central to these wayward communities existence, eking out a subsistence living from the sea. 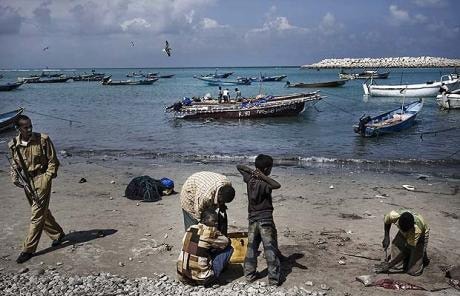 But now, in 2011, the fish are all but gone and with population concentrations dotting the shoreline, piracy became the sole alternative.

Every 60 minutes the Suez Canal expectorates a new target towards Somali waters. All canal traffic from the Red Sea passes the Somali coast and the lucrative business has expanded beyond the Gulf of Aden into the Gulf of Arabia. Raids doubled last year.

These buccaneers are usually armed with AK-47s and RPGs that are available anywhere for the right money. Both are dependable weapons, basically idiot proof and ammunition is easily accessible. The outfitting of pirates has spawned ship chandlers and a full service industry in the ports, the only commerce available to Somalis.

But if pirates hit the jackpot and overwhelm an oil tanker the payday is in the millions and draws recruits like bees to honey.  A Ukrainian ship the Faina was taken in September 2010 with a full cargo of armament and tanks and held for five months while the undisclosed ransom was paid for crew, cargo and vessel. 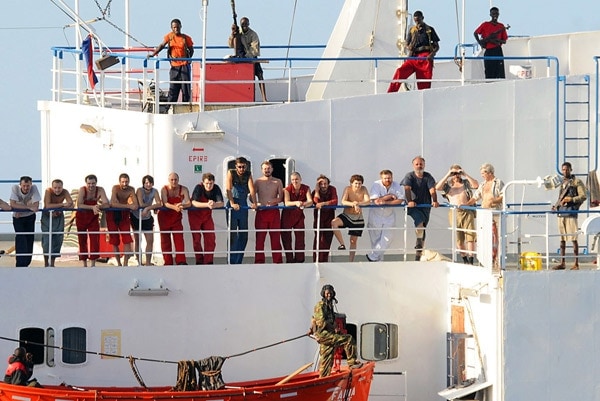 In a country like Somalia, it almost goes without saying that this is a cash business.  Negotiations  are conducted by the warlords who control one of four key pirate groups. ‘Send your corporate helicopters loaded with skids of shrink wrapped money. Your ship sails with the tide once the cash is counted’. 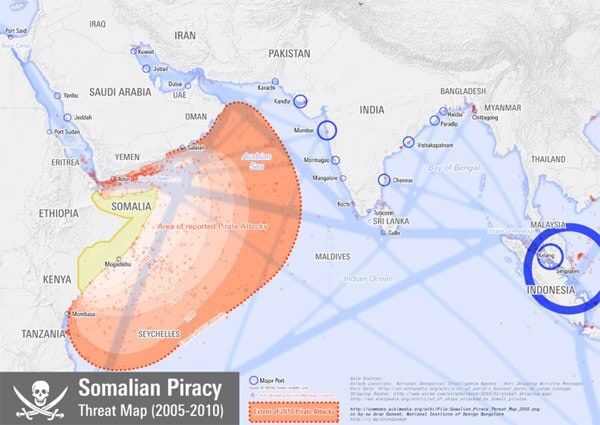 The average ransom in 2010 was $5.6 million with the highest paid being $9.4 million for a South Korean oil tanker, the Samho Dream, that was carrying $170 million in cargo. 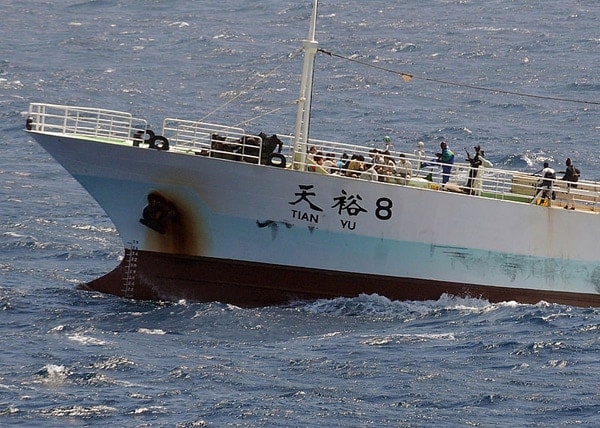 A key practical aspect from the pirate’s perspective is what to do with millions in small bills. The warlord must have significant banking accomplices: this role has been taken over by established offshore criminals who handle the cash flow.

Today’s piracy is not Johnny Depp’s mimicry of stoned Keith Richards as Captain Jack Sparrow, it is more sordid than anything else usually portrayed in the press as a vigilante cottage industry that went viral.

That is the skin of the beast, but the desperate individuals attacking on open water can be likened to the corner crack dealer, way down the food chain and “expendable” in the eyes of ship captains considering Somalia’s 70% unemployment rate. This is a money game pure and simple as the altruistic aspect evaporated with the warlord’s involvement. 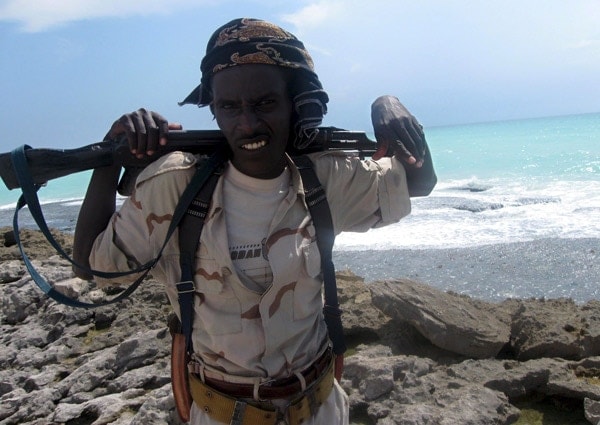 Modern day buccaneers are well compensated (most Somalis live on $2 per day) but the lion’s share of these huge paydays for kidnapping high profile hostages falls to the warlords who controls the mother ships, the guns and most importantly the ransom.

There are four main groups of pirates.  Some go by names that attempt to present themselves as crusaders in a fight to right the wrongs the Somali people have endured.  As an organization, greed is the sole motivation. 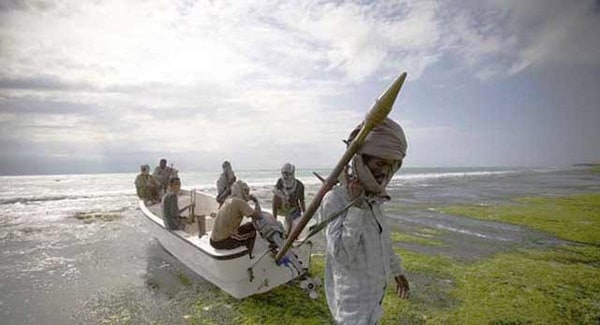 There are deep concerns that much larger ramifications will ensue if the threat to shipping sustains.  The key military players in the world have warships in the region, including China, to protect their country’s interests.  21st Century pirates are driving up oil prices, insurance rates and shipping costs spawning increased military activity from the air and sea but with little effect. Sadly there is no solution in sight.