I once saw a good ol’ country boy shoot the little brass deer button out of a hunting cap at about 50 yards when he was barely sober enough to stand.  Not good safe-handling practice, of course, but this was about 40 years ago, way back in the Missouri woods.

I doubt the fella who did it ever spent a single day at a real gun range, and I’d bet good money that he’d probably never shot an “official” NRA target. Or any other kind of printed paper target, for that matter. 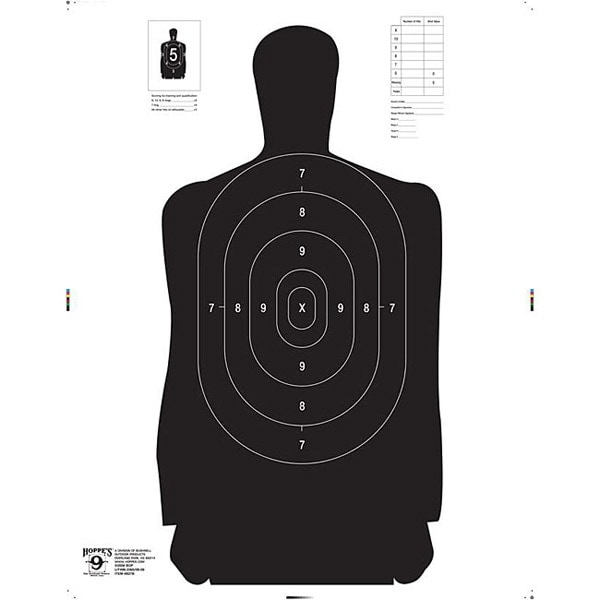 I mean, why would he bother? There were plenty of cans and bottles to shoot. Or maybe bottle caps or spent shotgun shells, if you wanted to make it harder.

I think this may be an essentially American tradition. And I think that getting back to it (in one form or another) may well be part of the solution to getting more people involved in the shooting sports. 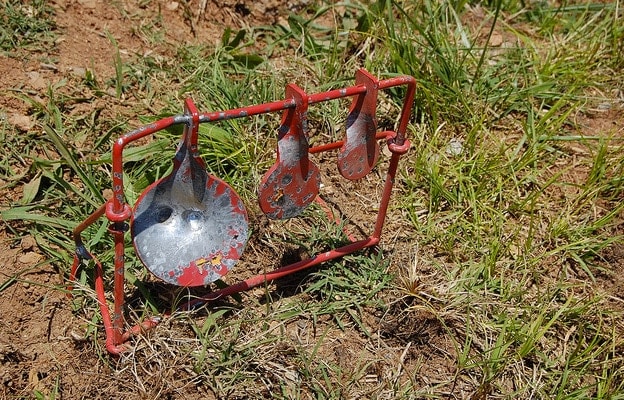 The reason I say it’s an American thing is that in Europe “shooting societies” have long been established as the only real option for someone to go shooting. You belonged to a shooting society, you went to a formal range, shot at formal targets in a very controlled manner. 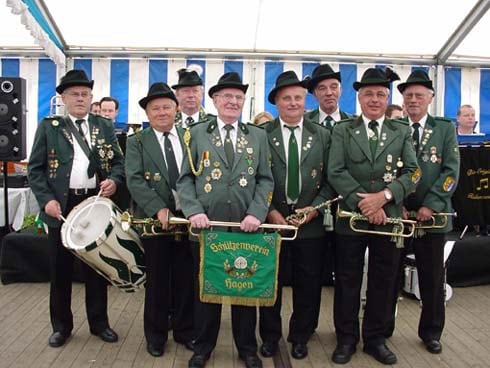 When I was in High School, I was involved in a foreign exchange program, and each year we hosted an exchange student for a while. And each year we arranged to take any of the visiting students who wanted to go out for a very informal shooting session on private property.

That meant some basic safety training, close supervision, but just plinking at cans (first with a .22 then going on to other guns as the students got comfortable with how to handle a firearm safely). The German students always thought that it was insanely fun – the idea that you could just go out shooting in the country was completely alien to them, but they enjoyed the hell out of it.

This is the way it’s been for generations here in the US. Think back to any iconic image you have of the West – of gunslingers practicing. Were they shooting little paper targets at a formal range?

Now, don’t get me wrong. I have a lot of respect for the folks that can drop round after round into the bullseye, from any distance. And you certainly don’t get to be able to pop a target at a thousand yards unless you spend some serious time learning your craft on a range.

But you’ll note that even they aren’t shooting at paper targets. They’re shooting at a “reactive target.”

And really, how is that different than shooting at tin cans? That’s what “reactive targets” have been for generations. Put some out on a log, or just on the ground. Hit ‘em, and they move. Probably further away. Hit ‘em again, and they move again. You get the idea.

Heck, I thought I had really gotten fancy when I bought a couple of these things a few years ago: 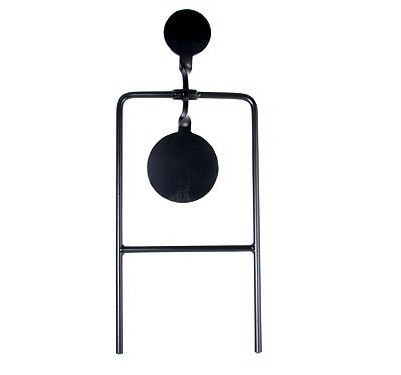 But it was great because it meant that I didn’t need a heavy leather glove to protect myself from the jagged edges of the torn-up cans when I cleaned up after shooting.

I took those swinging targets to a nearby state range last summer. There’s a big open area where I could stick ‘em in the ground. The place was mostly empty, and I just had fun shooting. Then after a while, a nice fellow who is something of a care-taker for the park wandered over and told me that I couldn’t do that. I could only shoot paper targets, put up on the proper holders.

I looked at the holders down range. The framework was all shot up, hanging limply. No big deal – just heavy use – but they needed to be replaced. I looked back at the guy. “How?”

He shrugged, said it wasn’t his rule, and left.

I was done, anyway, so I got my spinners and packed up. But as I was leaving, some young guys were arriving, and I heard them grumbling about the fact that they wouldn’t be able to even hang a paper target. 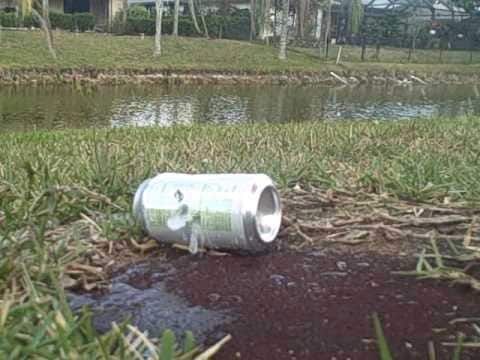 I wished I had some tin cans I could leave them.