A Day in the Life: Ambush Tactics Vietnam Circa 1968

Setting up and conducting an ambush is part of Marine SOP: Standard Operating Procedure. Ambush was a proven tactic employed by both sides in Viet Nam, whose terrain was as unforgiving as the enemy. Ambush was just part of your job, but always with a subliminal blend of adrenaline and fear. 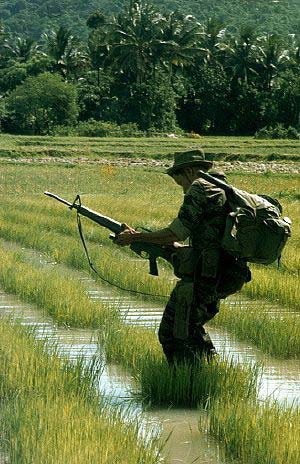 Maintaining a hilltop perimeter, sometimes up to company strength, the Company Commander determines the missions. The grunts on the ground simply do what they were told by untested officers who were of a similar age but not remotely as experienced. While these midshipmen were in military academy learning it, the troops on the ground were doing it.

Between the mountains north of Khe Sahn there is dense jungle and that is where patrols searched, looking for any signs of enemy activity; debris, sandal parts, cigarette residue, traces of cooking fires or simply tracks. Stuff that doesn’t belong indicating movement on the trail. 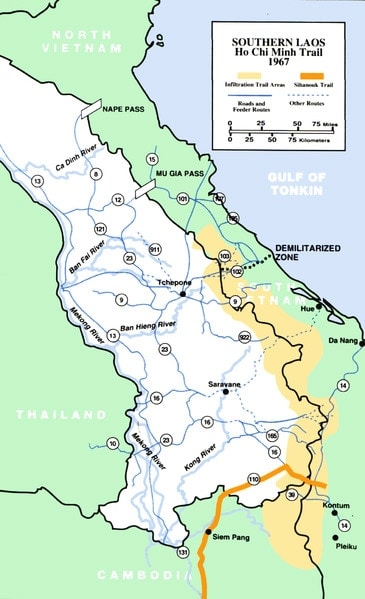 If you encounter feeder trails or worn paths they will ultimately lead to the Ho Chi Min trail assuring enemy activity. These routes move supplies from Laos and Cambodia towards Saigon with efficiency. If there is a hint of a US military presence in an area the VC would skirt it unseen on the feeders.

Day patrols record and report any information accompanied by rough maps, coordinates and landmarks as well as likely sites for your ambush setup. They provided locations for destroyed installations and weapons caches and any supplies blown with satchel charges. 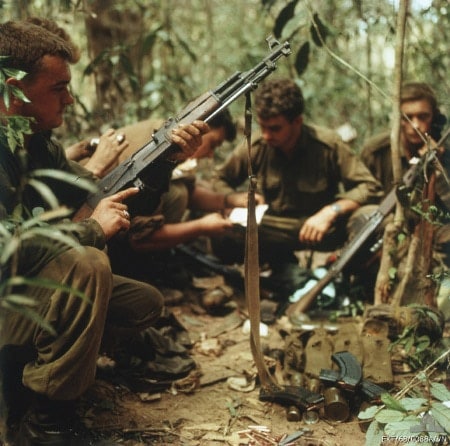 The orders come down, take a squad, which is comprised of three fire teams and a sergeant and as a bonus you get two additional machine gun crews, which assures you that someone picked up reconnaissance on troop movement. You get to sit out for tonight watching for Viet Cong. From time to time a new corpsman would go along on ambush to acclimatize;  it’s always handy to have somebody else in case the shit hits the fan.

Move out mid afternoon, locate your spot as per intel and settle in and wait for darkness.  Dusk til dawn in bamboo grass, mud, leeches and malarial mosquitoes as persistent as Jehovah Witnesses. 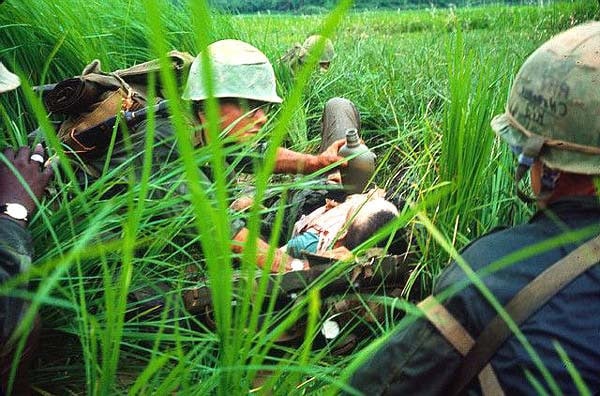 You occupy positions that are well concealed, parallel to the selected trail in an L shape with the machine guns positioned at the base of the L straddling the trail. 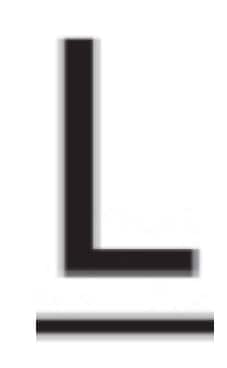 Claymores are placed on potential approach routes with trip wires and each Marine lays out a 3-4 grenade array, a foot from your face with pins closed and ring ready for rapid deployment.  The grenades go first to prevent location by muzzle flash. You want to be best buddies with the machine gunners as they are ones who also send frag grenades hurtling past your head. 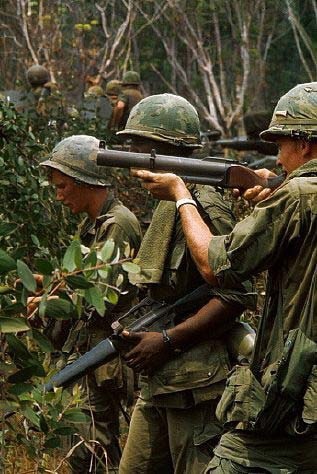 Ambush is very dangerous. You cannot move smoke, talk, eat, urinate—you get it. This necessary discipline is not because orders were issued, this is simply to survive the night. Ninety-percent of ambushes don’t pan out but that 10% is sometimes more than you bargained for and there’s a lot of action, mostly due to troop and supply movements and if they involve machineguns and grenades.

Enlisted men survived on jungle craft acquired over many missions; this was your edge that the newly minted 2nd Lieutenants usually did not grasp, unless they were ‘Mustangs’, officers who had risen through the ranks.   Mustangs were slightly older but born leaders who had honed survival instincts that could save your life.  The men respected and followed these hardened officers.

Vietnam’s diet is rice and fish, usually doused with a vile fish sauce, Nước mắm pha, which would take centuries to acquire a taste for, unless of course you were Vietnamese.  Then it’s akin to mother’s milk. Seems bad until you realized that the only thing Marines ate ‘in country’ in 1968 were ‘C rations’ which were stamped ‘packaged in 1943’, with enticing mystery seepage on the labels, if there were labels.  The US Troops were youngsters as were the Viet Cong whose olfactory capacity was uncompromised by age so they really could smell each other and as trite as you may think, it sometimes was the difference. 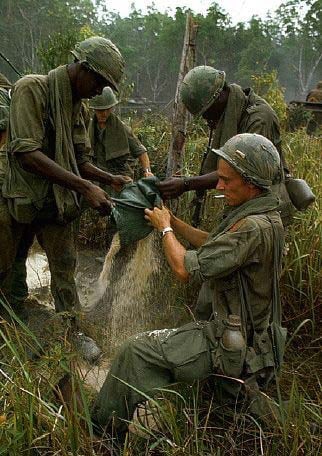 On one memorable ambush with a squad and one MG, when the shooting stopped there were three bodies of Viet Cong retrieved out of nine enemy combatants.  One of the dead was a doctor which was uncommon.  All nine carried and had abandoned medical supplies as they staged a rear action, with some of the dead dragged away.  The medical supplies were frustratingly labelled in English and trans-shipped from the US into Canada and on to Laos by a Quaker Group in the US. 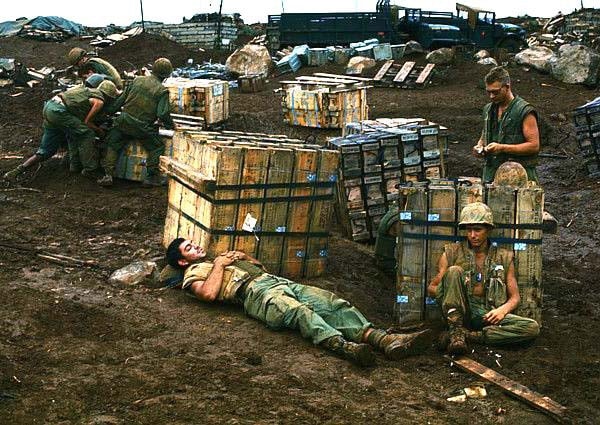 The real body count in an ambush is almost impossible to determine as every VC wears a strong woven belt that permits their comrades to drag them into the bush if hit.

SOP, gather any papers and ID for the CIA and use satchel charges on the weapons and Quaker medical supplies.

The feeling of betrayal is hard to keep at bay on the silent walk back to the morning cold of your hilltop perimeter .  Now dry out in a poncho liner and get some sleep.