Without a doubt, the Saiga shotguns are some of the world’s most impressive.  Available in 12-gauge, 20-gauge, and .410, on their own they cover the gamut of shotgunner needs.  They’re made by Izmash of Russia, home of the Kalashnikov, and are AK patterned shotguns.  That makes them go from impressive to holy balls.

What makes them so attractive is that they’re not just another variant of the automatic shotgun; they look and handle like combat rifles.  Sure, from the factory, they’ve got that Monte Carlo stock and messed-up fire control group, but that doesn’t mean that the aftermarket’s not taken care of things. 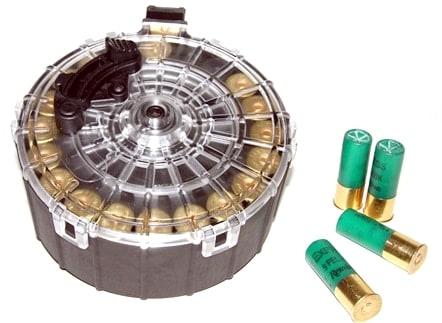 OK, it’s a little more complicated than that but honestly, that’s the gist.  The only reason everyone doesn’t have a Saiga is frankly, because they’re kinda sucky from the factory and not everyone wants to do the work to make them awesome or pay someone else to do it for insanely high prices.  We think that this new 12-gauge won’t have that problem. 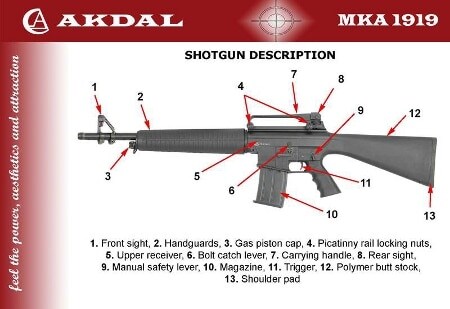 That thar is a shotgun that looks like an AR.  It is a true battle weapon, as it has seen combat duty when it was fielded during Operation Sun, the Turkish-led invasion of Iraq in 2008.  (By the way, who here knew that Iraq was invaded by Turkey less than three years ago?  Please raise your hand, OK, nobody, that’s fine, neither did we.)

Not that it really matters, even, because it’s an M-16-lookin’, M-16-handlin’ 12-gauge shotgun.  It’s magazine-fed, with five-round magazines, one for 2-3/4″ shells and one for 3″ shells (included) that feature last-round bolt-hold-open, detachable front sight and carrying handle, a chrome-lined, internally-choked barrel and three chokes (full, bore, and modified), a self-adjusting gas piston, and best of all, a flattop, Picatinny-railed receiver.  No, no, the best part: no sticker shock.  $700.

This is not truly an AR-patterned shotgun (just look at where the gas tube is), and shut up a minute, that’s a very good thing.  If it were an AR it’d be a gigantic kick to the crotch to make it 922(r)-compliant.  Because of the parts count being so few, it will be relatively easy to convert it.  But why would you want to?  Five round magazines.  Where’s the fun in that?  We’re pretty sure that once you look at a 20-round drum magazine, you’ll suddenly become aware of having wanted to convert it all along.

Although it’s still in its infancy, we’re quite positive this gun will be popular with all sorts of shooters, everyone from the trap shooter to the zombie-apocalypse-wisher.  And why shouldn’t they?  It’s an M-16 shotgun!